Well, Chris and I had a lot planned for this weekend, but it didn’t go QUITE as planned…..

Saturday – Day 1
For the last 5 months (minus one load) I’ve been going to mom and Clarke’s, dad and Wendy’s or a laundromat to do our laundry. It has not been fun, especially while I was in school. It was difficult planning out a block of 5-6 hours every 7-10 days to do a couple of loads of laundry. We had laundry hooked up momentarily one weekend (after 9 hours under the house and 4 trips to Home Depot in one day). But later needed to repair the wall, etc. of the laundry room, so it had to be disconnected 🙁 Saturday we worked on finishing repairs to the wall, putting up drywall and hooking the washer and dryer back up. In the middle of it all I drove to my dad’s house as fast as possible to drop off my terminally ill computer for him to (kindly) rebuild – a present funded by my four parental units for graduation (yeay!!!) We got a lot done, but not quite as much as we would have liked. 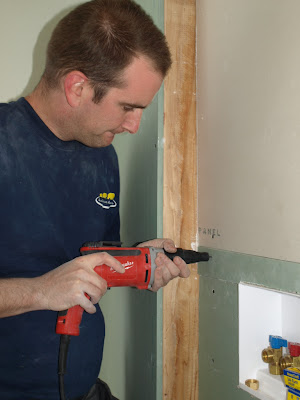 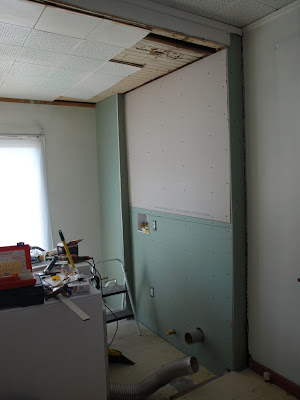 We went to the movies (a trip we try to make about once a week) and got back a little earlier than planned, so Chris took out our side door fron the kitchen to the backyard, a task we were going to have to do the next morning. 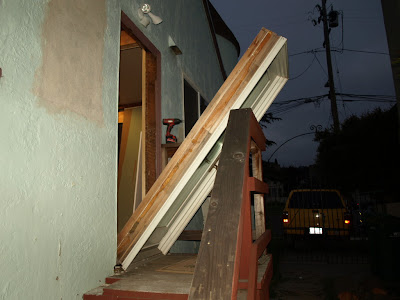 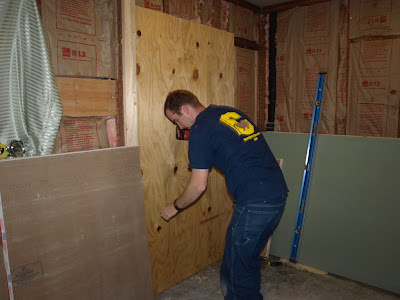 Sunday – Day 2
We thought we would be REALLY ambitious and get the laundry finished, and we did (of course “finish” is all relative. We need to mud, paint, and install the countertop – for folding clothes, and overhead cabinet. But hey, I can do a load of laundry now!!!! ) 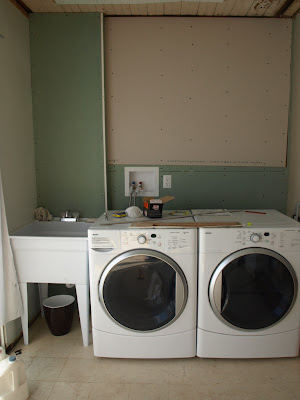 Then we thought hey, let’s install our new side door we just picked up and MAYBE even start to tackle more drywall in the kitchen. But as Chris began to examine the subfloor and supporting cripple wall, things started to not look so hot 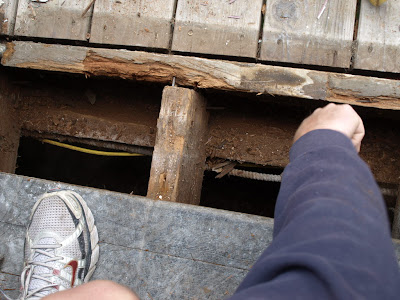 Sadly, we hit our first real hiccup of the house remodel – the cripple wall is completely rotted through a (about) 5-8 foot span (we hope) all the way to the stucco. Chris kept poking with the screwdriver and the wood just kept falling away 🙁 After going under the house to guage the situation as best as possible, Chris estimated that we would need to replace the portion directly under the door and extending about 2 feet out on either side. That meant our kitchen would get delayed for another (probably at least) 2 weeks for us to tear down (another) deck, chip away the stucco, replace the cripple wall, re-stucco, re-build the landing and stairs, and install the door. We haven’t had a kitchen for the last 5 months, and we were HOPING we’d be “finished” with it by the end of June, and now it looks like it will go well into July 🙁 And so, we tore down another deck….. 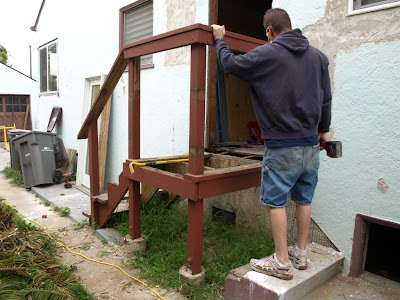 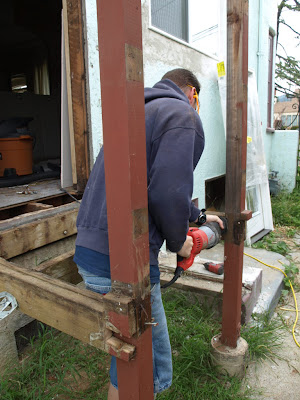 The deck tear down wasn’t quite as easy as the last one, but it went smoothly until it came to ripping out the last concrete pier poured into the ground. Apparently this is the only thing on the house the previous owners did right. We battled with it for about 20 minutes, testing out quite a few methods to try and rip it out 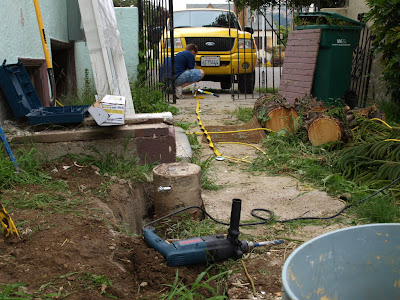 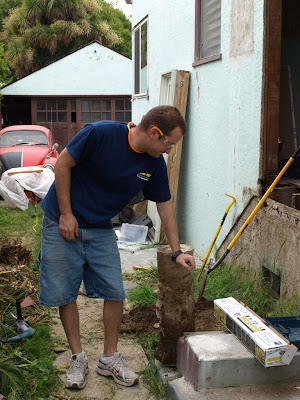 When we were finished with the deck, we were better able to see the extent of the damage 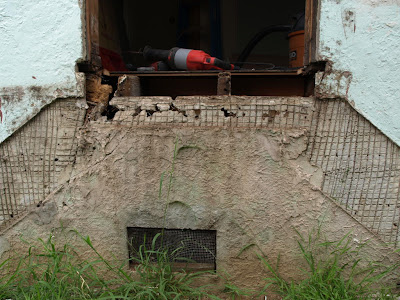 It was pretty depressing. We’ve been getting really tired of microwave meals because we have no way of cooking any food. We also only have about one square foot of counter to prepare meals, so both of us are looking forward to have an operable kitchen. We’ll have to wait a bit longer now though 🙁

On a lighter note: I picked up my brand spankin’ new computer from my dad’s today!!!! It is WONDERFUL. My parents helped pay for a brand new computer, monitor (that is fabulous) and the Adobe CS4 Production Premium package that includes Photoshop, Illustrator and Premiere. I am SO excited to get back to creative endeavors.
Also, for Christmas for my mom last year I bought a pair of white Converse and drew a bunch of designs on them and made them pretty spiffy. She wears them a lot and gets a bunch of compliments, which of course is always fun to hear. Her friend Gail saw them one day and asked where she got them from. As a result, Gail emailed me and asked me if I could make a pair for her husband. Of course I said yes. 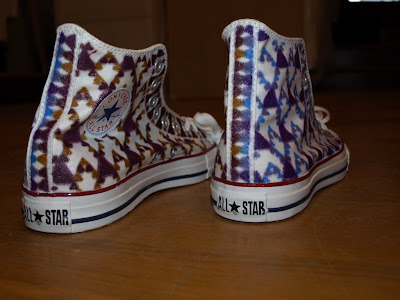 She and her husband really like triangles (it’s sorta their love sign), so that and purples, blues, and browns was her request for these. I like making them a bit interesting by switching colors around, or something similar (for instance, my mom’s left and right shoes had the same pattern, but the left shoe was in greens, and the right shoe was in blues). I don’t make much money in the end considering how much time I spend on them, but they’re a fun project to do at night while Chris and I hang out and watch TV, and it’s fun making something for people that they’ll (hopefully) like, so it’s a win win.
Well, here’s to hoping Wednesday and Thursday go better for us than Saturday and Sunday!
« I know this blog is about the house….
Meryl + Roto Hammer = Best Friends »