I’m not a very big jewelry girl. I do wear earrings (though not at the moment because Zoe likes to yank on them) but I never wear rings. And though I have a few necklaces I don’t wear them much 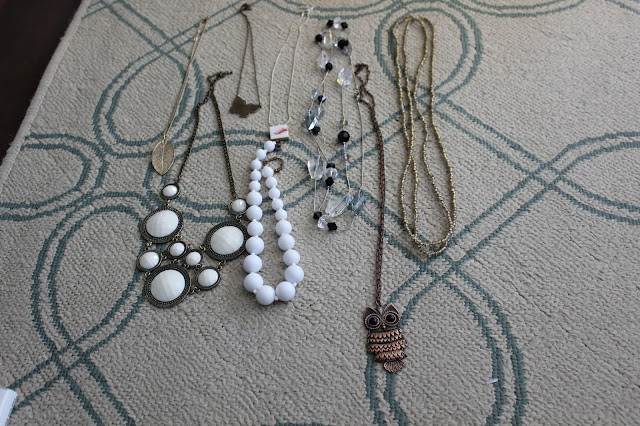 I thought that maybe if I had them out in a an organized way instead of stuffed in a bin that I might actually wear them. I sifted around on Pinterest and found this inspirational image

So I set about making it.
I went to Michael’s and got a $5 frame 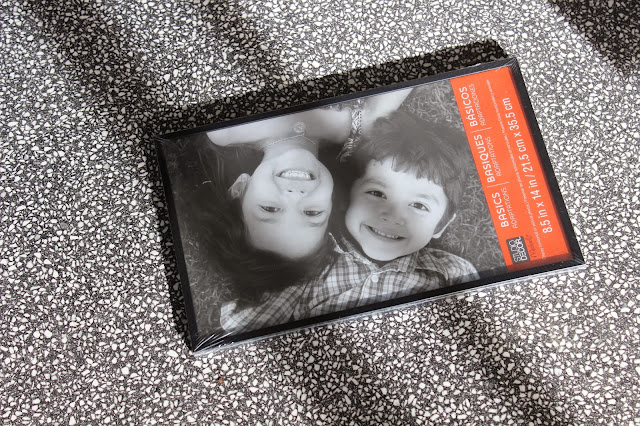 And I sprayed it white. While I was waiting for it to dry I cut down a piece of leftover cabinet grade plywood we had 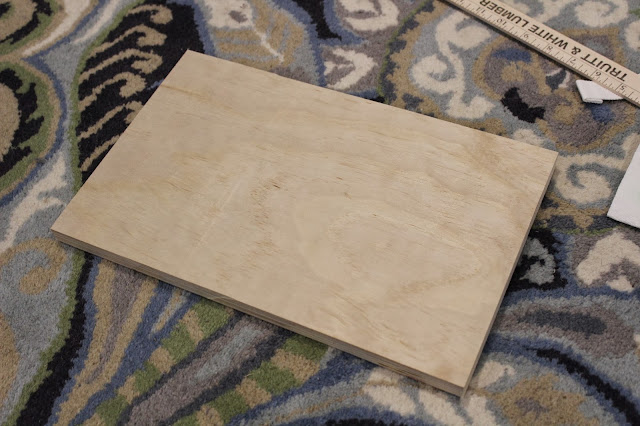 I could leave it, stain it, paint it or do whatever to it – but I definitely didn’t want to leave it plain. I decided to use some craft paint I already had an painted a really simple diagonal pattern 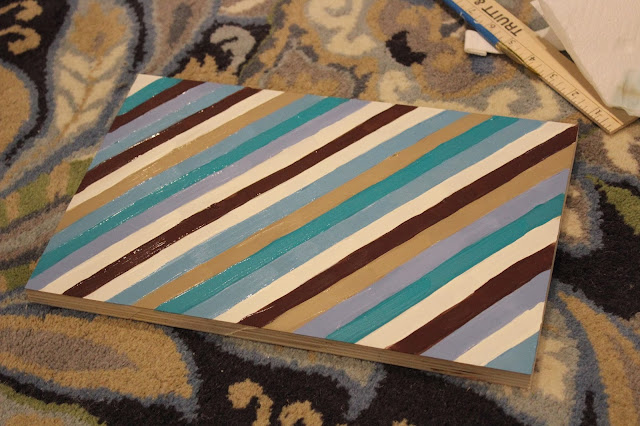 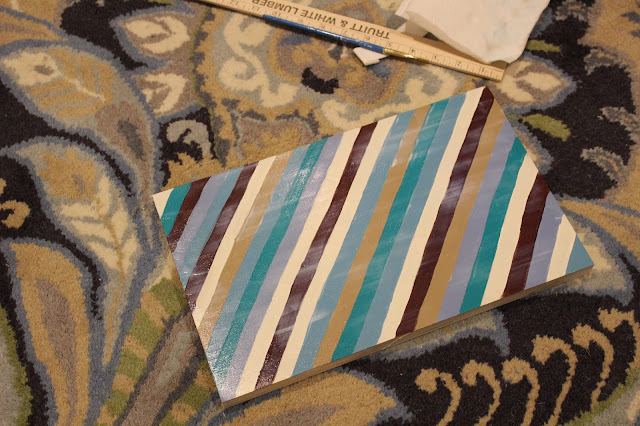 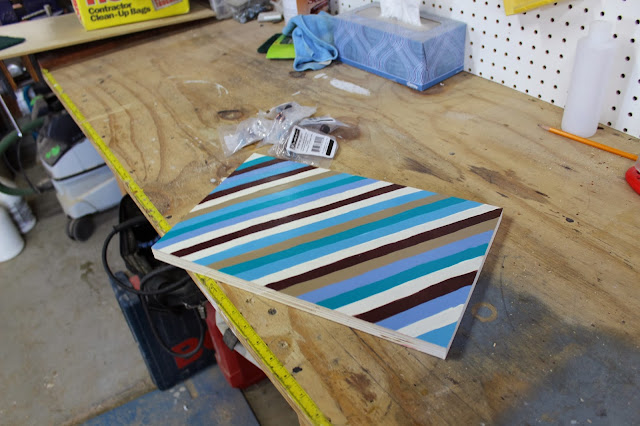 I had initially purchased 5 knobs, but I liked the way just 4 looked, so I went with using 4 instead 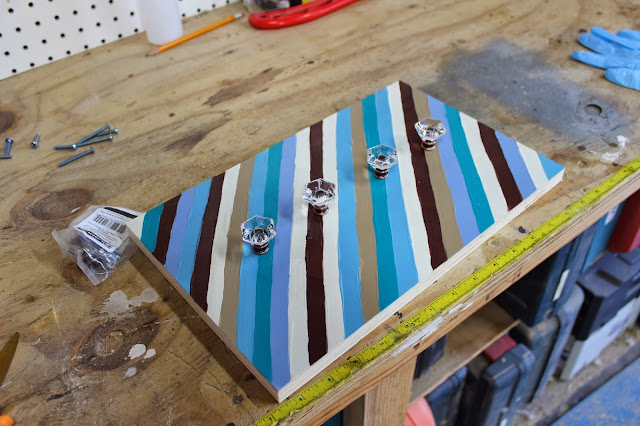 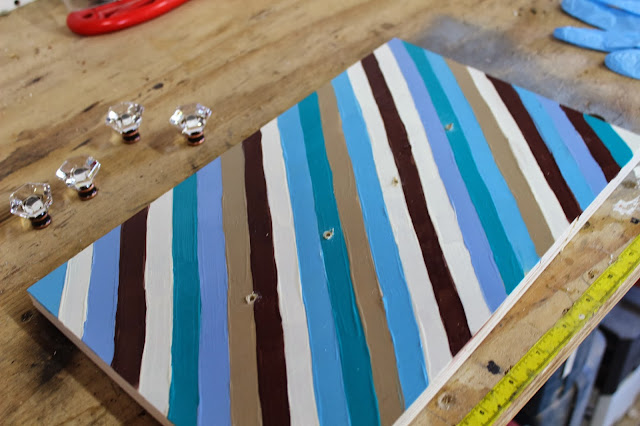 Then I popped the knobs in 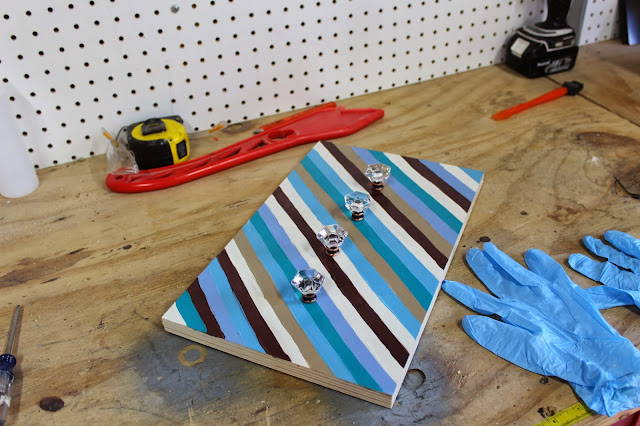 The next step was attaching the plywood to the frame. I did a dry run to make sure it fit. It was a little big, so I shaved off about a blade width off one of the sides and then it fit perfectly 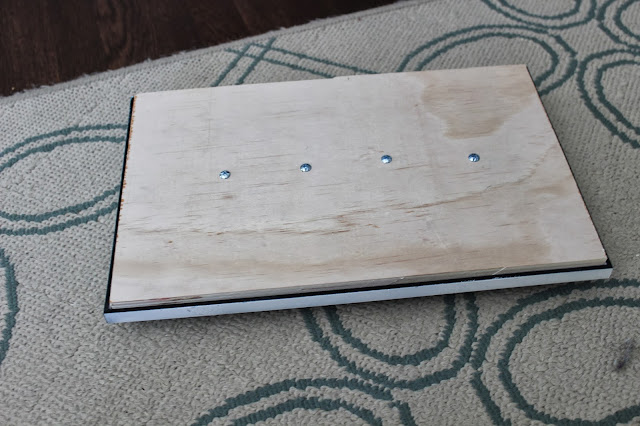 Then I used a glue gun along all the edges. If the frame was thicker I would have had enough room to use wood glue on the face of the plywood and the set the frame on top. But there wasn’t enough room. I wasn’t too worried though because the glue would be used all around on all 4 sides and I don’t own a ton of necklaces so it won’t be too heavy 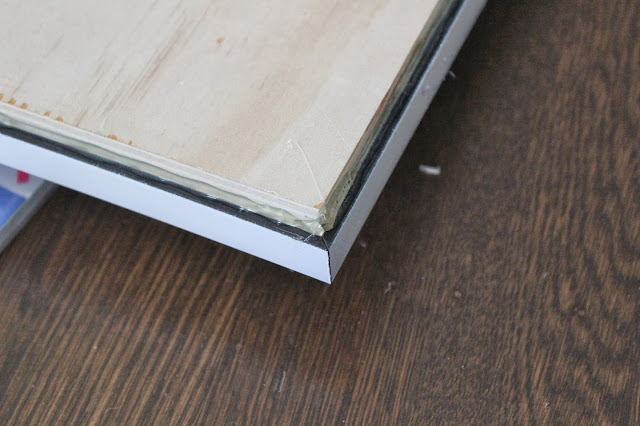 Then after it all dried I put on all my necklaces. All 8 of them 🙂 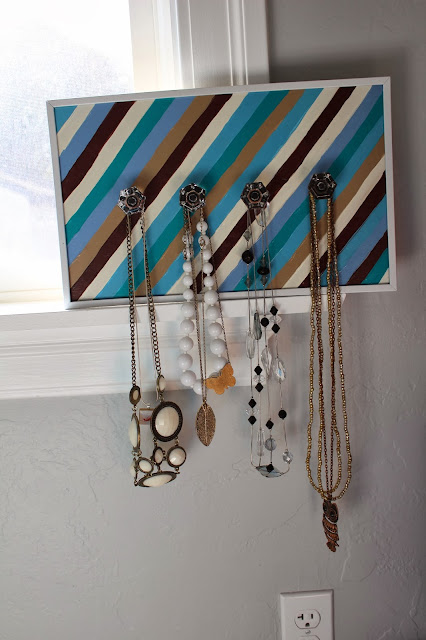 I think it looks pretty snazzy! I may actually wear one or two of them now 🙂
The middle two knobs are slightly lower than the outside two, but I was lazy and didn’t use a ruler to place them, so, eh. All I need to do now is put a picture hanger on the back and put it up, but because I want my earring holder, headband holder and this to hang in a line on this wall… 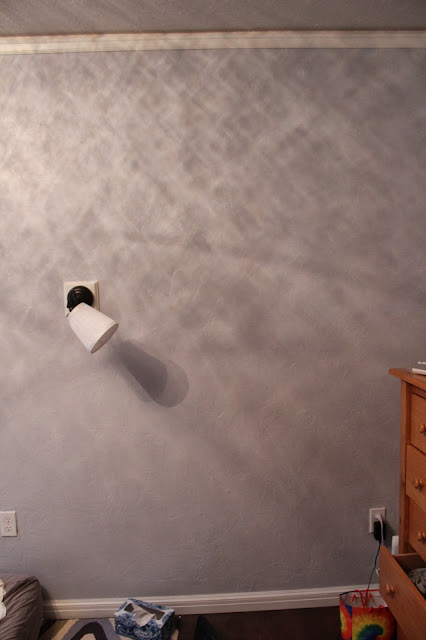 …I need to make the headband holder first before we can get them all up. One less thing to get done to finish the bedroom! 🙂
« Seaside It Is
Installing a New Door Knob »