With baby on the way we wanted to have maximum adjustability of the light level, so we decided to install dimmers in a couple of the rooms where there used to be switches.

In the first case we were replacing a three way switch with a three way dimmer in our TV room. 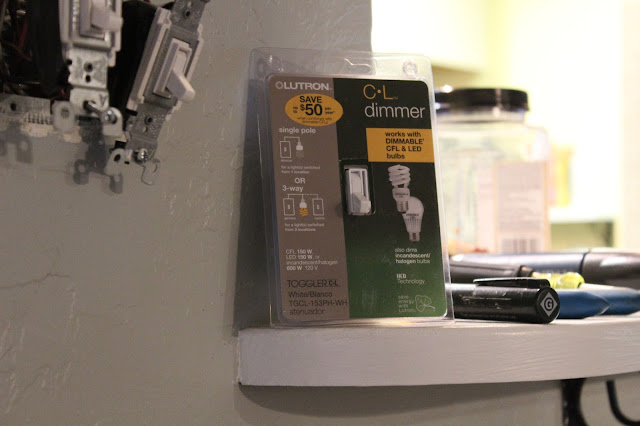 There are four wires – one is the common (the incoming hot wire), two are travelers (aka jockeys), and the last one is the ground. Note: the neutral will either not be in the box or will be in the box, but not connected to the switch. Either way, you shouldn’t need to worry about the neutral when simply switching out switches. 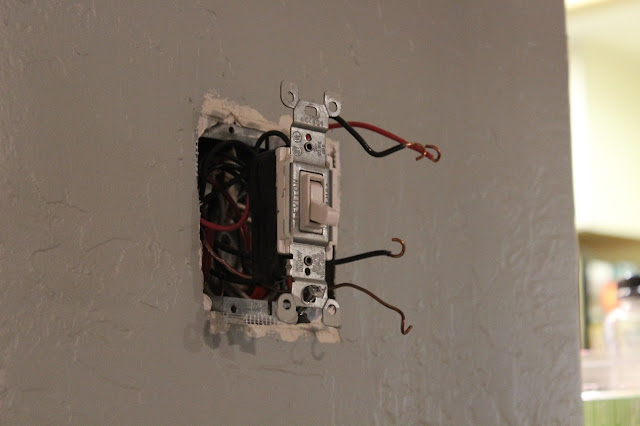 The ground is always either bare or green so there’s no need to mark it. The others will be black or red (sometimes a white is used as a traveler, but it should be marked black or red with tape or sharpie). This is a good time to note that a neutral is always white, but white isn’t always neutral.

Turn off the power to the circuit. This is important for safety, but it also helps save the internal circuitry of the more complex switches like a three way dimmer or vacancy sensors, etc. When undoing the old switch sires mark the two travelers and the common. The travelers will be on the same color screw (usually brass) and the common will be on a different color screw (usually black). 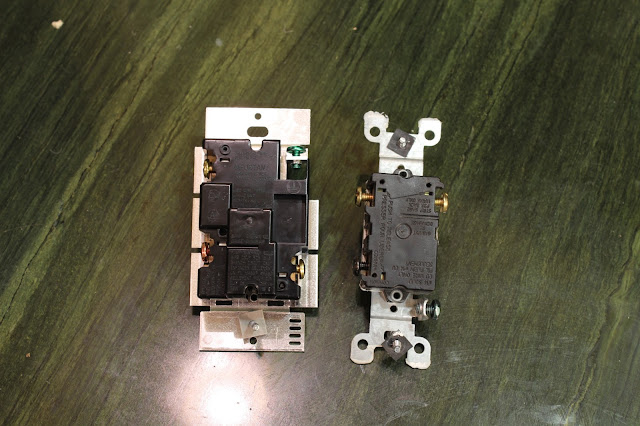 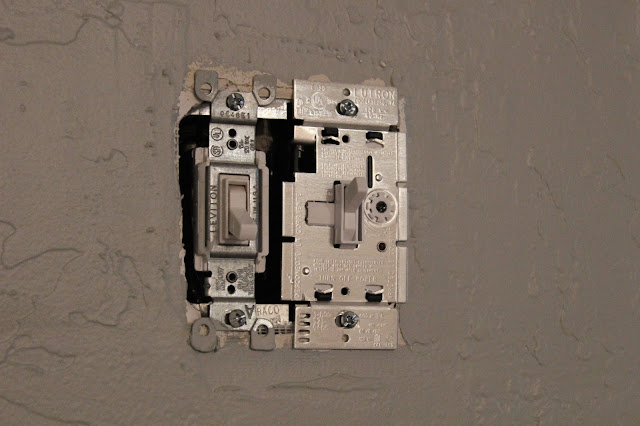 Turn the power back on and test both switches and the dimmer.

For the second dimmer we replaced a regular two way switch with a dimmer. In this case there are only three wires attached to the switch – incoming hot, switched hot, and the ground. 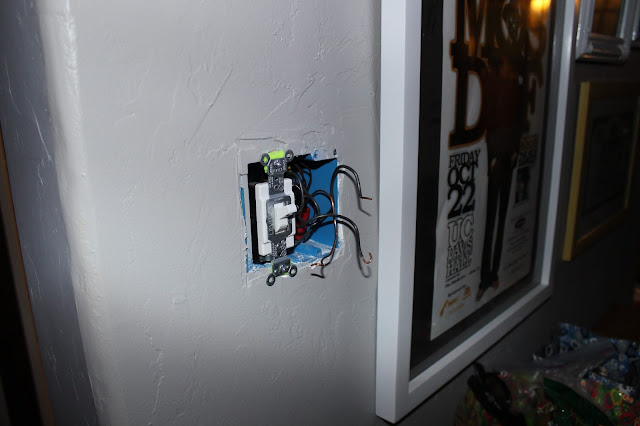 It’s actually not important to know which hot is the incoming power or the switched power. Detach them from the original switch and put them on the new switch. It’s really that simple. As always, the ground wire gets attached to the green ground screw. 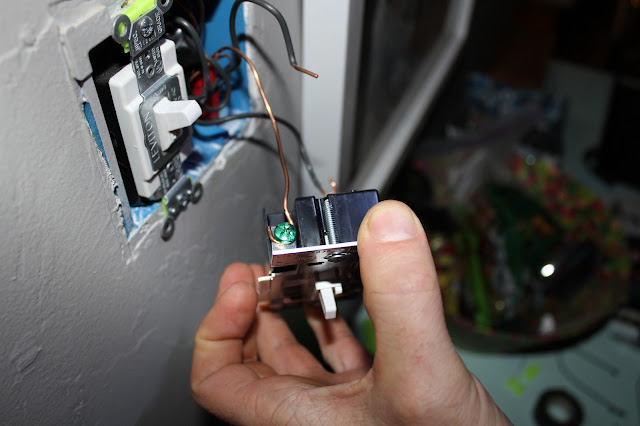 If the box is crowded or is metal then I like to wrap the switch with electrical tape, just to make sure there is no short in the circuit. 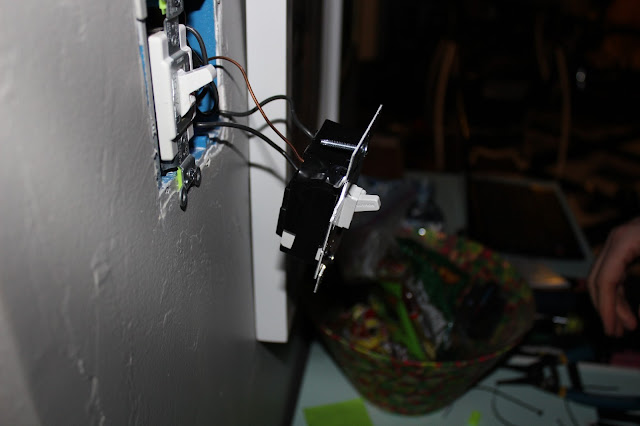 Turn the power back on and test it out. 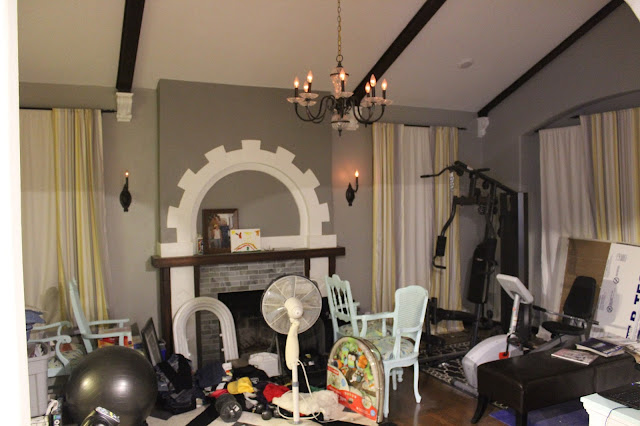 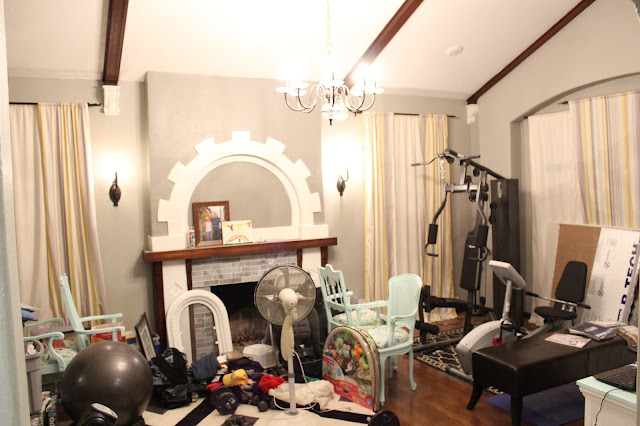