Meryl went over this portion of the project a little quickly in her bathroom update post, but I wanted to highlight some of the thinking that went into making the pocket door suitable for tiling. 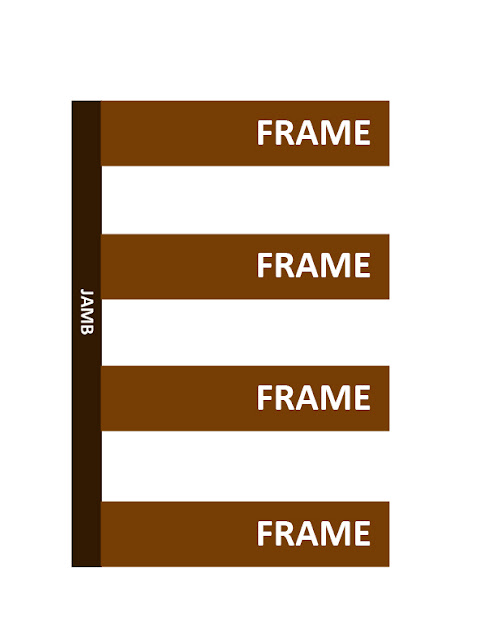 The problem with thinset, grout, and tile is that they don’t flex at all. The problem with pocket doors is that they tend to be pretty flexible; flimsy and weak, even. So, I wanted to find a way to stiffen the pocket door enough that the tile wouldn’t break off or (more likely) have the grout crack. I’ll outline some of my thinking and go over what I actually ended up settling on for this situation.

My first idea was that I needed to incorporate some steel into the design.

I wasn’t able to locate 1/2″ angle steel at the desired length (6′ 8″) without special ordering it so I kinda scrapped that idea early, but I think it’s a good one. I would have epoxied the angle steel to the frame and door jamb and screwed through the steel and into the frame as often as feasible. It would have been hidden behind the trim without trouble.

My second idea was to add plywood to the entire skin of the frame.

I would have used PL Premium and screws to make the whole thing as solid as possible. Then add the drywall and extend the jamb to accommodate the added thickness of the wall because of the plywood. This would have been a lot more work and more materials than I was looking for and I wasn’t sure it was going to be as solid as my first plan anyway.

My last idea was the right mix of cheap, easy, and effective. 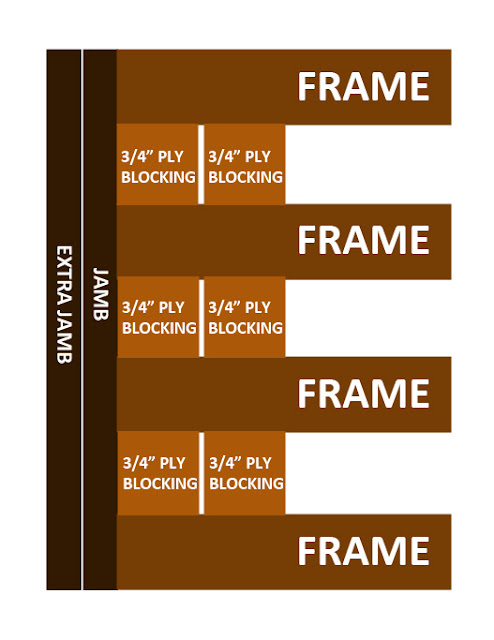 First I added an additional piece of jamb. The door wasn’t quite large enough, so this was needed anyway so that there wouldn’t be a gap between the jamb and the door. I glued and stapled the additional jamb to the original jamb for maximum stiffness. A couple finish nails would have done the job, but gluing and stapling it to death insured that the new jamb was essentially fused with the old. Next I installed the trim and glued the back of the poplar trim to insure that it, too, would become part of the jamb – thus increasing its stiffness a bit more. Lastly, I installed two sections of scrap 3/4″ plywood in between the gaps in the frame. I used pocket screws and PL Premium to attach these pieces of blocking to the framing. 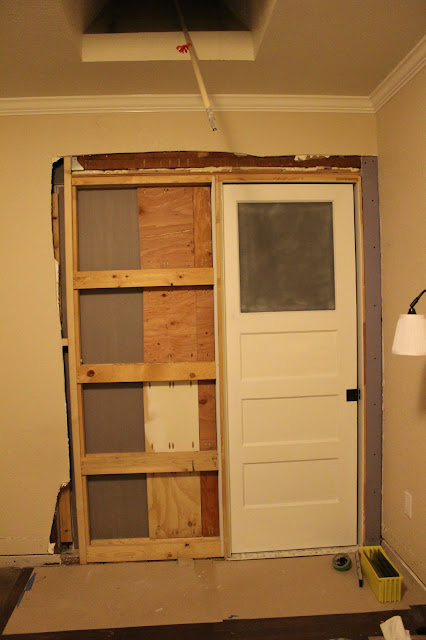 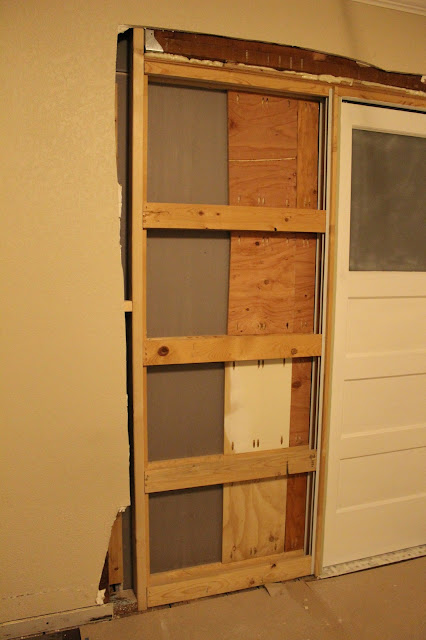 Lastly, I pocket screwed the bottom frame pieces to the subfloor below. 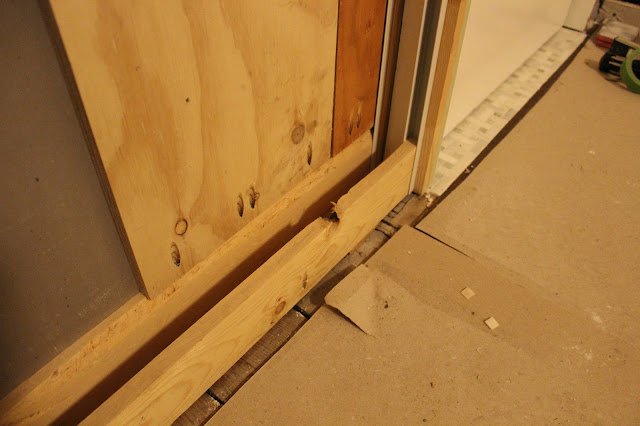 The top of the frame was already secured to the header above and didn’t need any stiffening.

« Gallery o’ Frames. Or Why My Wall Is Now Prettier
That Last Little Wall of Tile »