Over the course of working on the hallway, bedroom and laundry room Meryl located some glass door knobs that she liked which meant I had the task of installing them.

I read over the instructions and they were pretty straightforward; a bit unusual, but straightforward. Taking off the old knobs was easy enough. Pry off the esctucheon (aka rose) and knob with a flat head screwdriver and just start unscrewing screws. 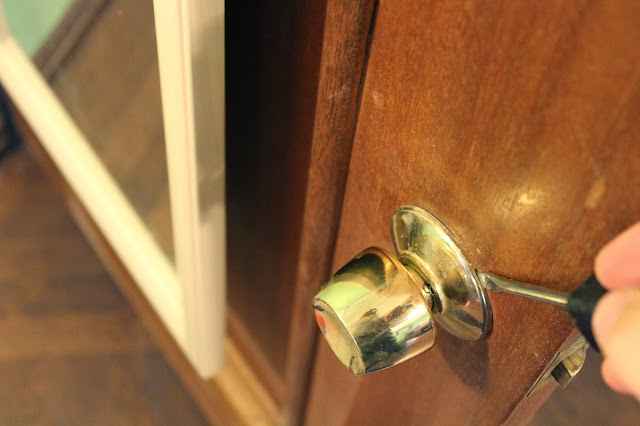 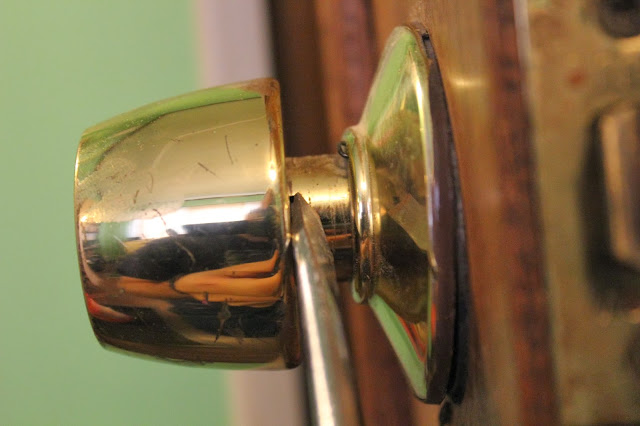 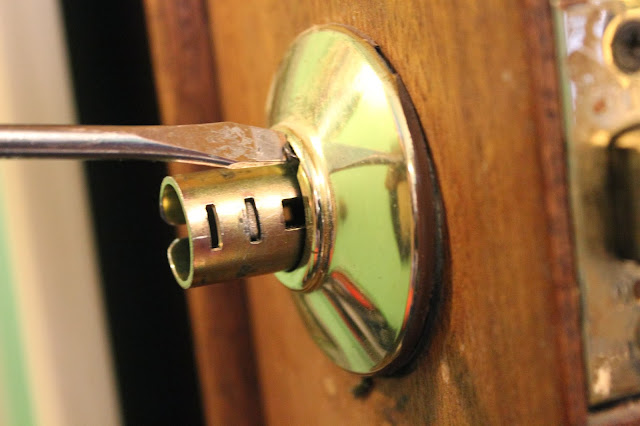 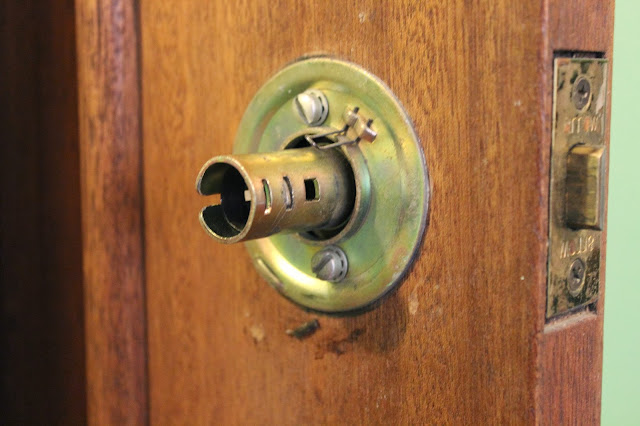 Eventually everything came out. 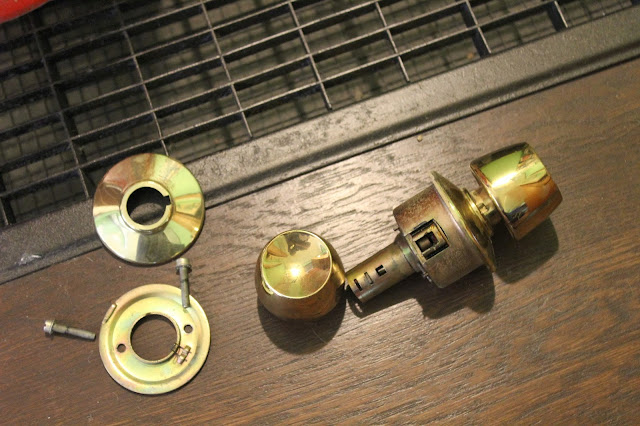 The weird thing about the new knob is that it came with some pieces of wood that you’re supposed to install in the hole. Usually you don’t have to do this step. It’s easy enough, but it added a little time because I wanted the glue on the blocks to set up before moving onto the next step. I put a generous amount of glue on all the mating surfaces and wedged them in place so they were effectively clamped. 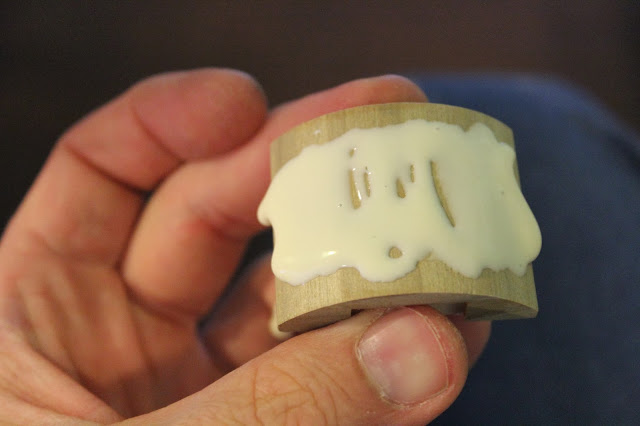 I wedged them in there by temporarily installing the door latch and using shims. 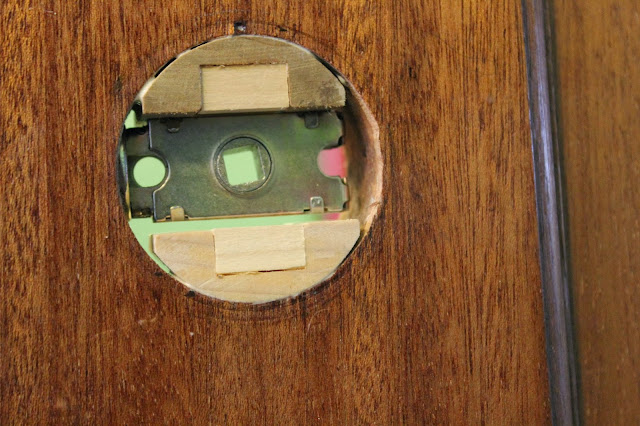 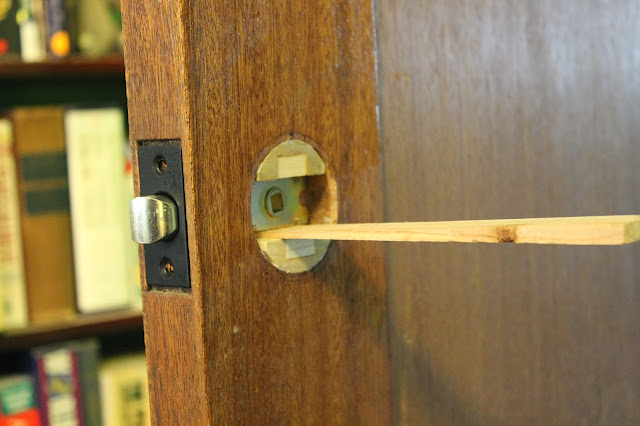 After at least an hour of setting time, I moved onto the assembly.
I installed the latch assembly first. I used the same shims I had used earlier to shave off a bit of wood which I used in the old latch assembly holes. 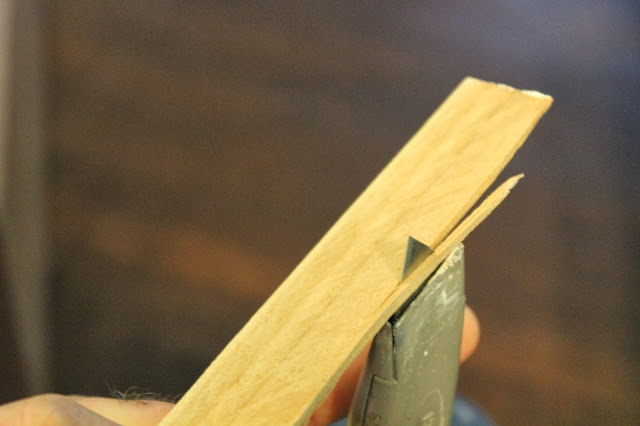 The old screws were a little bigger so having this sliver of wood in the hole made the new screws hold the assembly tight in the door. 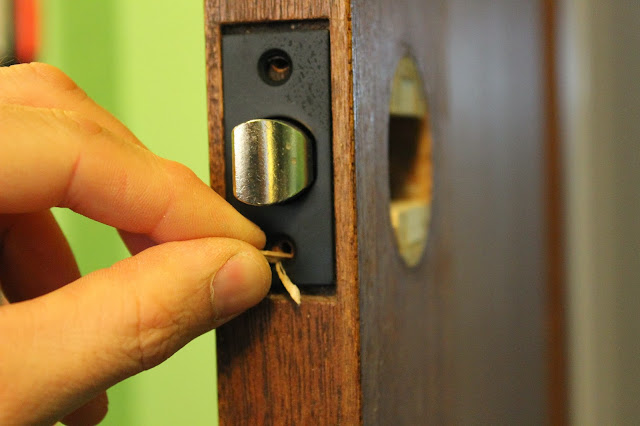 Then I assembled the new rose and knob. 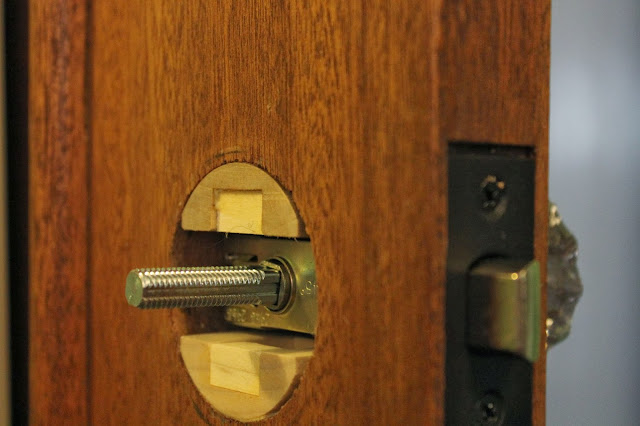 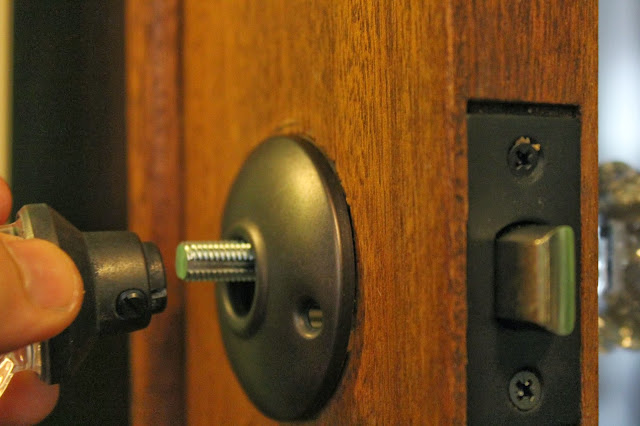 They attached to the door using wood screws instead of the long machine screws that draw the two sides together in some other door knob types. 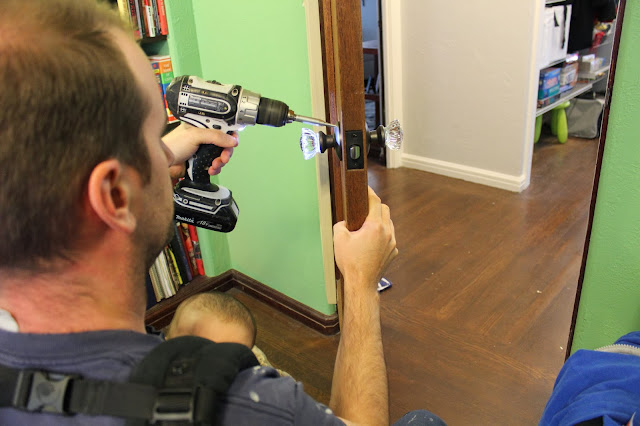 One tip for any of these tiny wood screws is to use a self-centering bit to drill the holes. 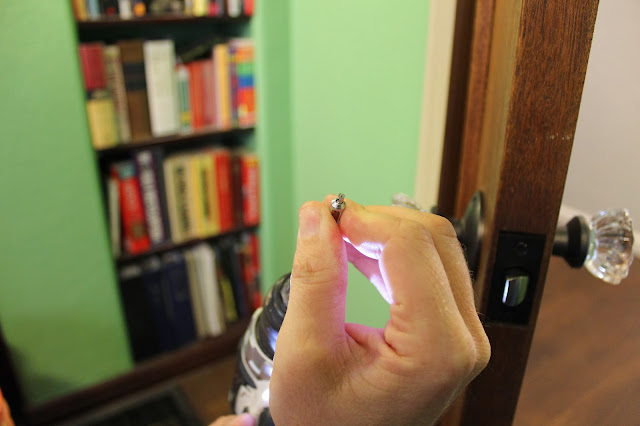 This makes certain that you will have the screw perfectly centered in the hole instead of having it off to the side, skewed, and proud of the surface.

Now we’ve got glass knobs on the doors into our bedroom, office and laundry room. 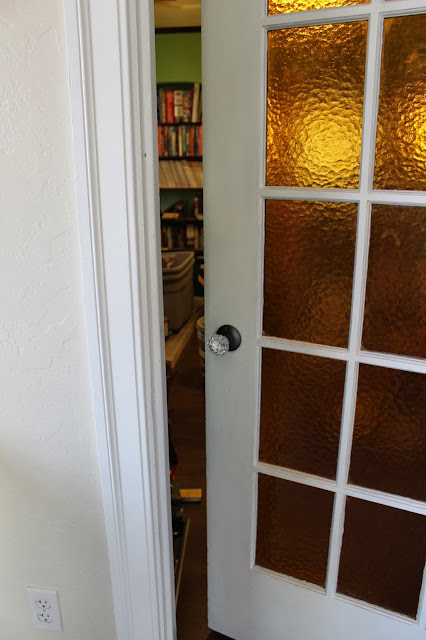 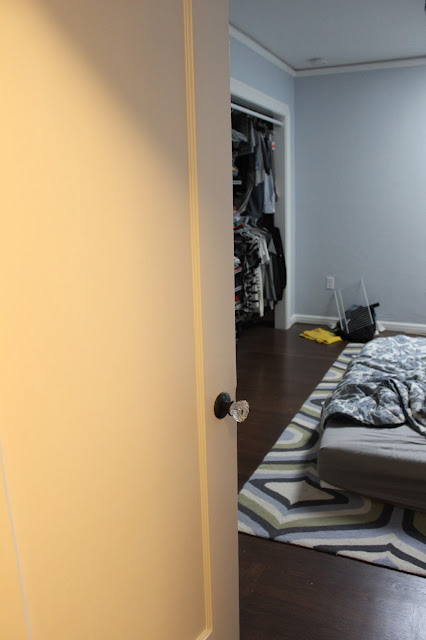 They don’t match the original glass knobs throughout the rest of the house, but they’re better than the crappy “brass” ones that someone replaced at some point.