One of the many jobs I have is working for my brother’s real estate company. I do his bookkeeping and manage rental properties of his. And this… 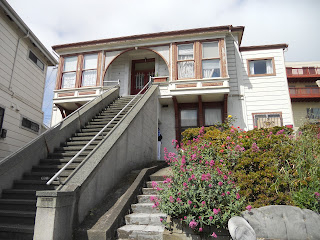 …was the first rental property he took on that I managed. Yes, you see peeling paint, total ugliness and a couch there in the bottom right corner. Oh, and want to see a really safe set of stairs to a vacant 6th unit? 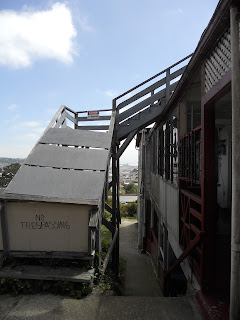 Don’t worry, no one actually went up those stairs.

My brother likes projects. And well, he’s been very successful, so we tried a new adventure. But man oh man was this building an adventure I don’t think either of us were ready for.

I was in charge of managing the property: dealing with tenant complaints, fixing the building up and facilitating the raise of their rent which hadn’t been raised in nearly 20 years (which, let me tell you, they all went ape shit about). I entered the situation thinking it would be difficult, but it was not nearly as difficult as I anticipated. That makes it sound all peachy keen. It wasn’t as difficult as I anticipated? It was 5 times more. I started out way too nice, and these tenants were not nice. So my nice attitude got swallowed up and I had a hard time recovering.

But recover I tried. 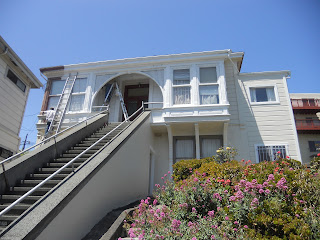 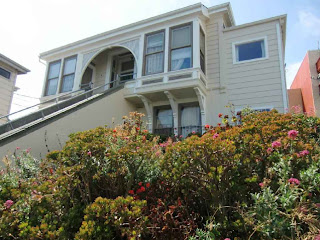 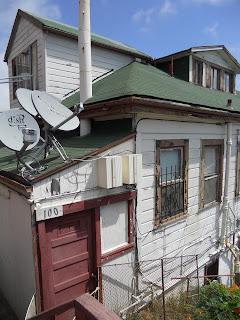 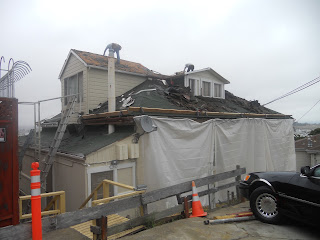 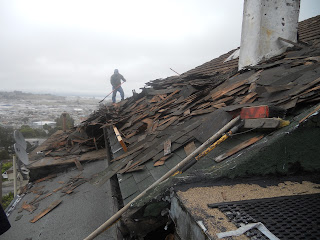 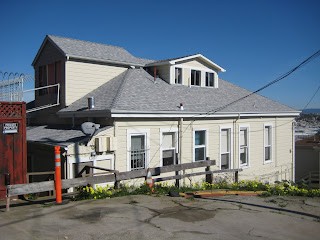 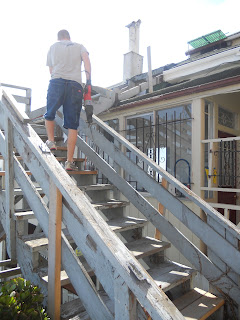 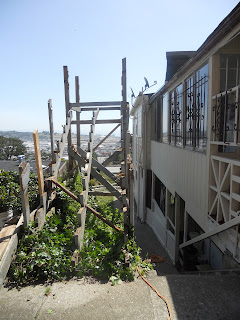 And let me tell you, removing those stairs was waaaaayyyy easier than it should have been. Some of the supports weren’t even nailed into the piers they merely rested on. Oy vey.

After we ripped them down they got rebuilt. And holy shit was that an undertaking. The architect and engineer weren’t great communicators (although they were friends before they started this project, they hilariously ended their working relationship once this project was done), so the plans we got contractors to bid from where nowhere near the same as the end plans the contractor actually built from. The end plans were INSANE. I spent 20 hours in one week going back and forth between the city of San Francisco and Cal OSHA figuring out what kinds of extra permits we needed and all sorts of other crap. And when our contractors finally started building, it was a little out of control 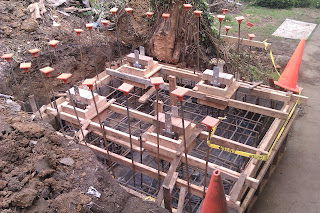 According to the insane engineer’s plan, piers had to be dug 7 ft. down into the ground and the concrete pad was 3 ft. thick. We had another engineer look at it (it’s a really long story) and he said it was so over engineered and that it was more elaborate than an airplane landing strip. Yeah. Fun.

But build away they went 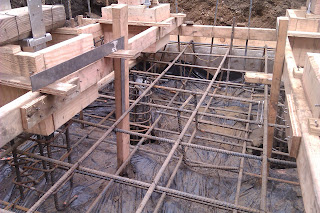 Do you think that’s enough rebar? 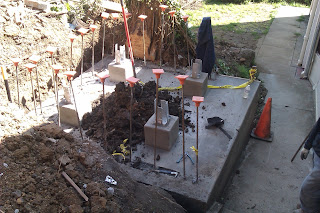 In case you’re wondering for scale, that concrete pad is 3 ft. thick ABOVE GROUND in the thickest spot. 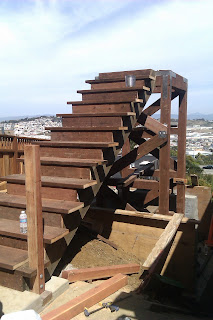 At the same time this was getting built, I was flipping the vacant unit (vacant for 10 plus years) that was built into the roof. How did Chris and I get all the materials up to the roof while the stairs weren’t finished? Up the fire escape of course 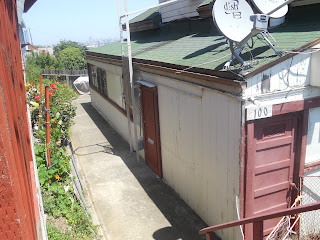 Yes, that fire escape that doesn’t have any stairs until 4 ft. up. So all the buckets of paint and buckets of supplies got carried up a ladder, then carried up the fire escape “stairs” and onto the roof. It wasn’t a fun 10 days of fixing that unit up, but we got it done.

And then, the appliances got moved in. And the stairs weren’t as done as they were supposed to be, but Sears still carried the stove and fridge up (thank god) 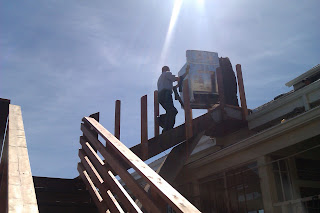 And finally, the stairs were done 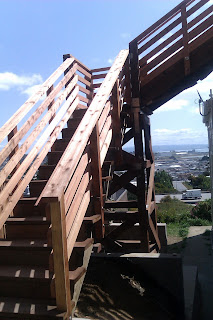 The Simpson ties alone probably cost over $1,000. Seriously. There were so many. But the good news is that if the world did end on the 21st, those stairs were going nowhere. The whole building may have fallen over. But those stairs? Nope, not going anywhere.

Those projects were fun, but the real fun were the tenants. Oh man. They called about everything. Light bulbs that went out. Their key broke off in the lock. They had ants. Now, you know, I’ve been a tenant before. For many years. In many different residencies. And I never called my landlord about those ridiculous things because it was my problem to fix them. The key broke off in the lock because I turned it too hard so I need to call the locksmith (or just get a pair of pliers and pull it out which is what Chris did for them because we were there working on another unit anyway). A light bulb went out? Hmmm, I’ll just screw another one in. I mean really people? Oh, and their rents were never paid on time. And one of them always sent it folded in a napkin. Gross.

But finally, we put the building up for sale. And last week, it closed. HOORAY!!! Of course the water heater broke and had to be replaced three days before escrow was set to close, so that was an adventure. But it did in fact close just in time for Christmas. And the best part? My brother gave me a bonus for all the hard work. Now that, is a Christmas miracle

I hope everyone has a happy holiday!!!