Still no real progress on the house, sigh. Chris has had a ton of handyman jobs the last several days, and Zoe has continued her pattern of not sleeping at all during the day (as in 90 minutes if I’m lucky), so needless to say, our house is not very happy with us. But, there are a bunch of little things that have happened, defeated us, surprised us, or made us happy.

Remember how our medicine cabinet didn’t close? And how we tried to fix it, and then fix it again, and it still didn’t close? Well, we attempted a third time’s a charm go round hoping we might actually fix it this time. It didn’t work. I don’t even remember what we tried to do to it to make it close (we’ve tried many things). But it still doesn’t 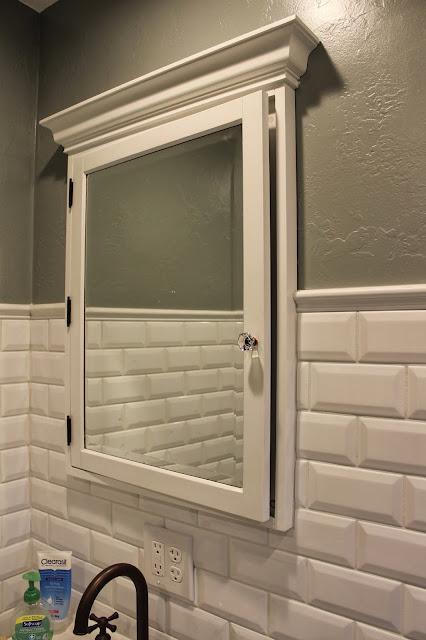 It closes a lot more than it used to, but still not flush like it did when it was first installed (and for the first several months it was installed). Who knows. I give up.

Then remember the Trex class action lawsuit we decided to enter recently? Because our deck boards are faded and covered in black dots 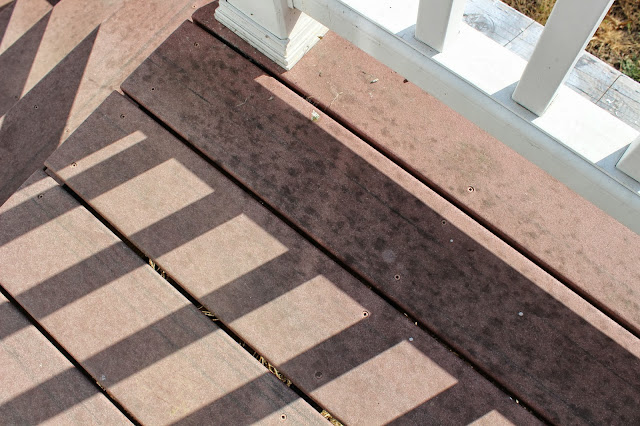 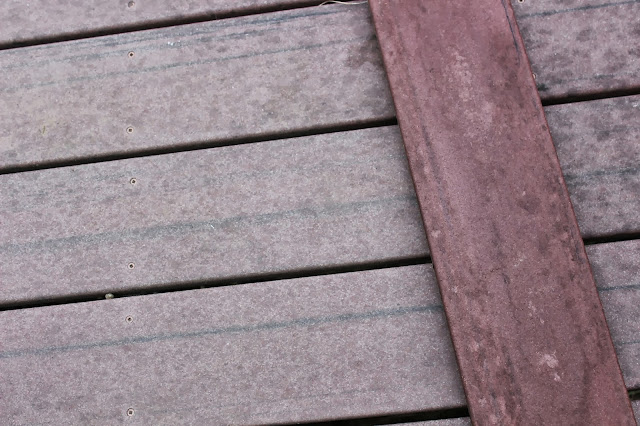 We got a letter from Trex the other day and I was stupidly excited that maybe some progress had been made. I’m not really sure why, considering that these things take FOREVER and we only just entered it about 6 weeks ago. My excitement turned to complete annoyance when I read the letter 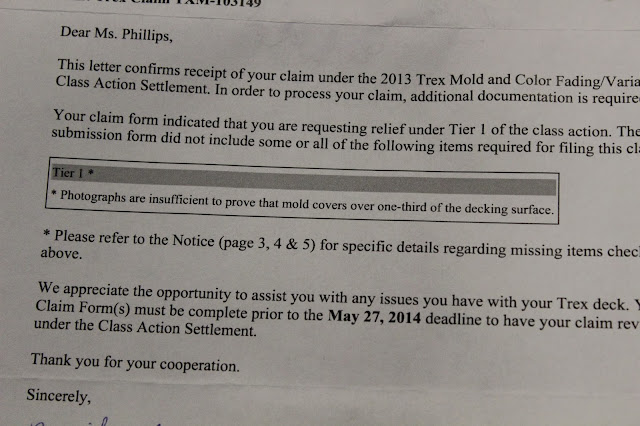 “Photographs are insufficient to prove that mold covers over one-third of the decking surface.” Well, fuck you Trex. What do you have some computer algorithm in which you scan the photos we sent in and ours indicate that only 1/4 of our deck boards are covered in black mold dots, but not one third, so we’re rejected? How about the fact that we’ve only had this deck for 3 years and it looks like complete shit and you take responsibility for your shitty product? Oh, I’m sorry, that would be moral. Assholes.

Have you ever had stinky towels? Well, we did.These towels… 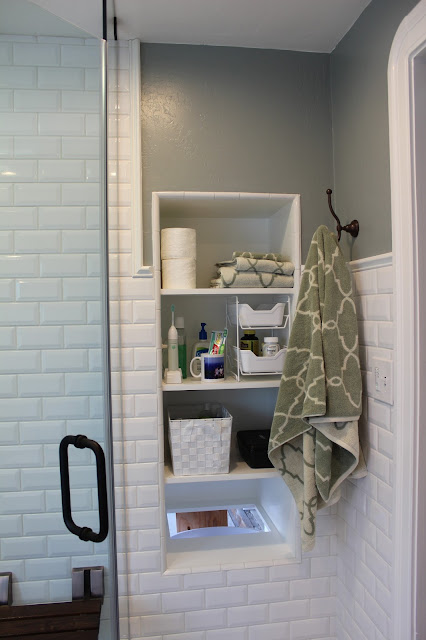 …we got for our back bathroom completely stunk. I have no idea what it was. It wasn’t the hand towels or the wash clothes, it was just the full body towels. We always hung them up, but after only one or two uses they smelled like mold or body odor or something foul. Chris and I had no idea what was going on. We washed them a bunch of times, but they still stunk. So, word to the wise, unless you want to smell like someone who just worked out for 7 hours and didn’t take a shower, don’t buy these towels from Bed, Bath & Beyond. We got new ones 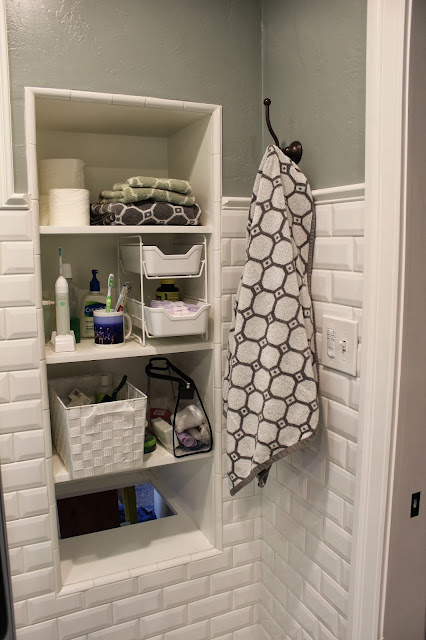 Okay, how about something that doesn’t make me bitch and moan? 🙂 Can you tell I haven’t been sleeping well? 🙂

Our hardware for the bed came! 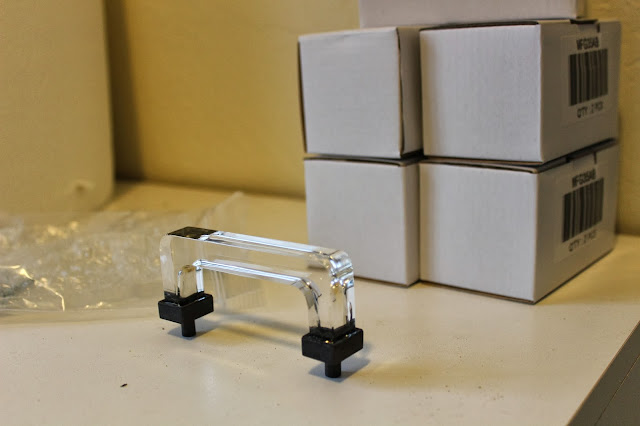 They were on back order and not supposed to come until December, so I was super excited when they came a month early. Hooray for House of Antique Hardware! Now that just means we have to get back to building that bed…

And remember how our patio used to flood a bit in front of the garage? 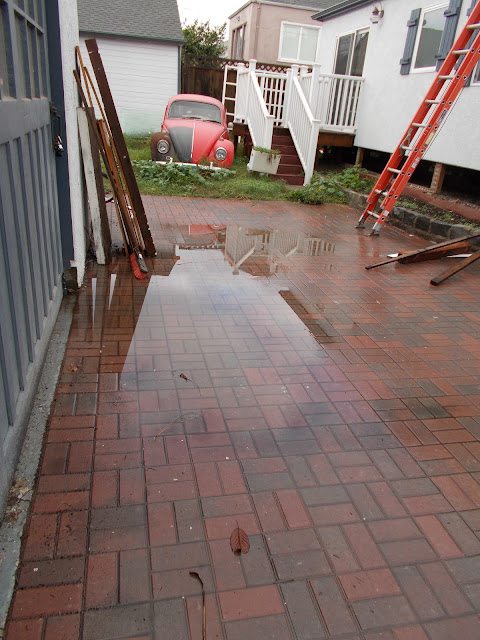 And then it would seep into the garage? 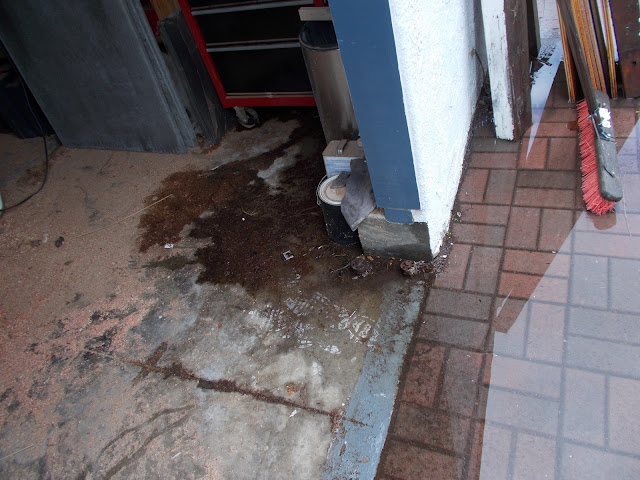 No fun. Well, about 6 weeks ago Chris attempting to fix it by tearing out some of the patio, re-leveling, putting the pavers back, repouring a bit of the concrete and laying in a strip of foam. It’s been raining a decent amount here the last couple of days… 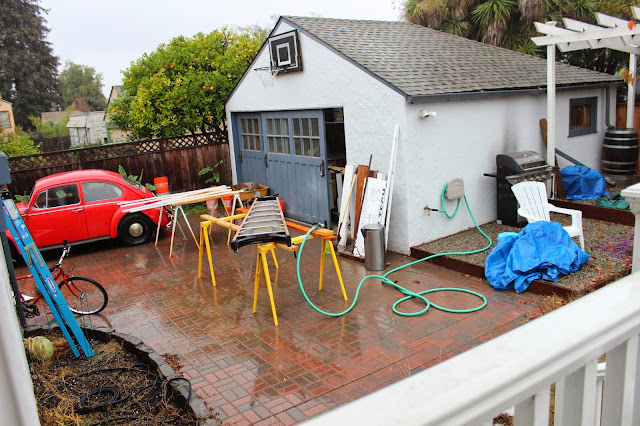 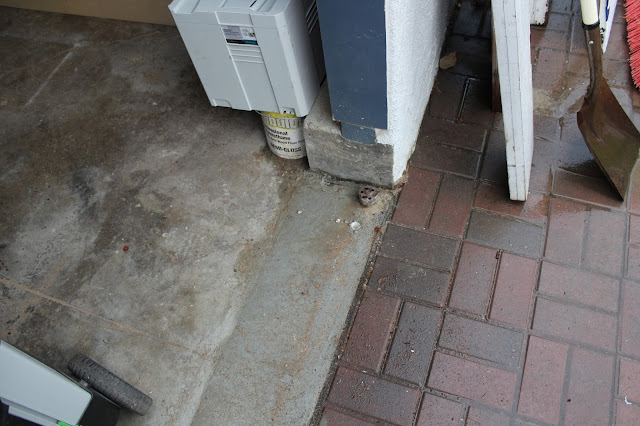 There’s still a bit of pooling in front of the garage, but it’s nowhere near as bad as it used to be. AND, there isn’t nearly as much that comes into the garage, so that’s awesome.

So there you have it, some little bits from around the house. I’m hoping to maybe, hopefully, possibly, could maybe happen that I get some work done around the house this weekend so that you have something a lot more interesting to read about than me complaining about Trex. But seriously, what assholes are they?