You may be preparing for a basement that giant and finished and GLORIOUS in all its splendor. But, that’s not the case at all. It’s unfinished, dirty, cement walls with some cement floor. But there is STORAGE! Unlike the midwest and east coast, in most of CA we don’t have basements. And what I mean is full, large, spacious could be lived in basements. In LA for example a lot of homes are on a concrete slab foundation and so there is no basement level. Our lower level is on concrete slab, but because we’re built a little into a hillside at the front of the house there is a smaller basement towards the front.

When I toured the house first without Chris I KNEW the basement was going to be a huge plus for Chris. At the Picardy house we had very little secondary storage. As a result the workshop was FULL of tools and materials we needed, but didn’t use very much: the tile saw, pressure washer, MANY cans of paint, etc. When we were looking for a house, “secondary storage” was an item we REALLY needed on the list. For working on our own house as well as other people’s we accumulate a lot of tools and materials. Many of them we use incredibly frequently, but a lot are great to have, but not used very much (like bats of insulation for example). They take up a lot of room and come in handy, by we don’t really want them taking up usable space in the workshop.

It’s also nice to have a place to put some of the work storage for my brother and our house. I have old files of properties and deals that have sold, but we still need to hold on to. There are suitcases, cold weather clothes, Christmas decorations… having a place out of the way to store all these things is awesome as well.

When I saw this space I knew it had A LOT of potential, but it was hurting. The previous owners used it for storage as well, but they just had piles and piles of stuff everywhere. The plan was to put standards and rails allllllll down the left wall before we moved in. But Chris got one set up and it just took too long and actually didn’t feel as sturdy 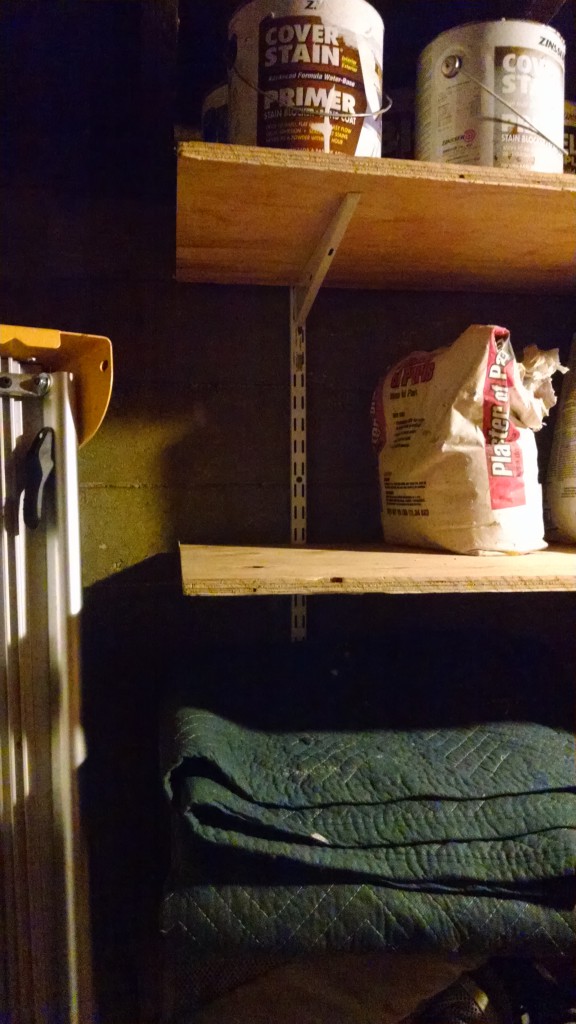 He made an audible and decided that the rest of the storage that was going to be built would be with plywood and 2×4’s. We’ve built this kind of storage several times for clients in garages and utility rooms so we’ve become well versed. Chris built most of it one night before we got the house and on another evening before we got the house I helped him 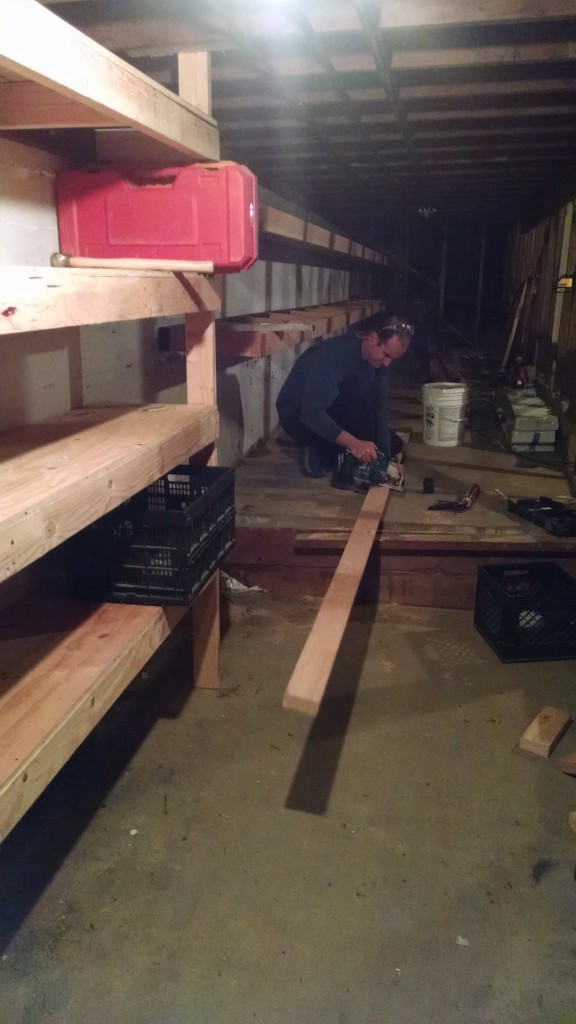 We wanted this done before we moved in so that as we were unpacking all the boxes from the garage we could immediately move things in here. Over the last 2 months (that long ago, oy), we’ve fine tuned things a little more. This area is by NO means done (AT ALL), but it certainly is awesome 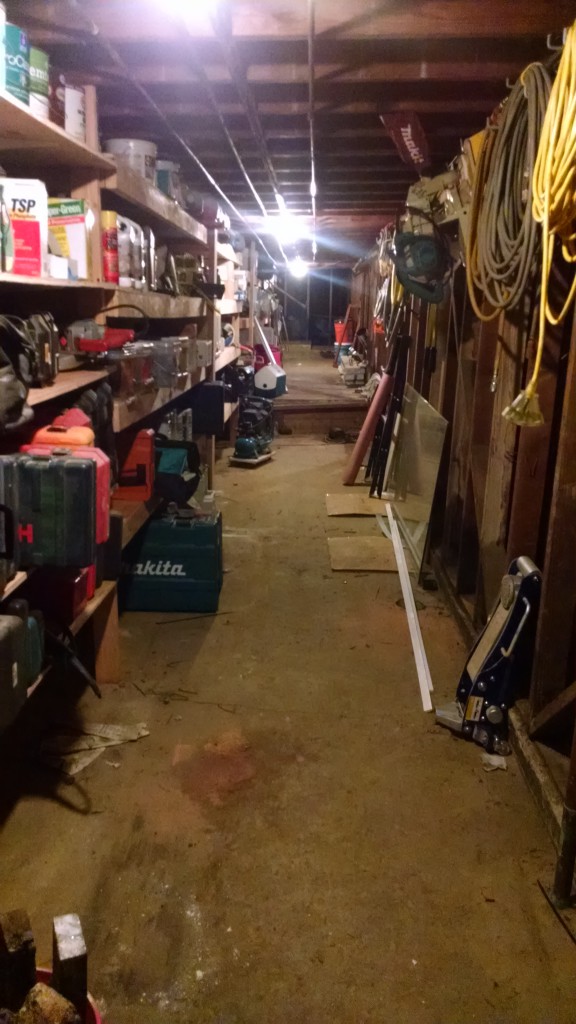 Over the coming months and likely even years, we’ll shift things around, but for the time being it’s working out pretty great. The best thing is that this space is just down a small hill from the driveway where we both park our cars, so if we need to load something it’s really convenient. And all these things used to live in our Picardy garage, so we’re SUPER excited for how much more room we’ll have in the garage now to make it an actual workshop. We used to just have to shift piles of stuff everywhere, but now there really should be room 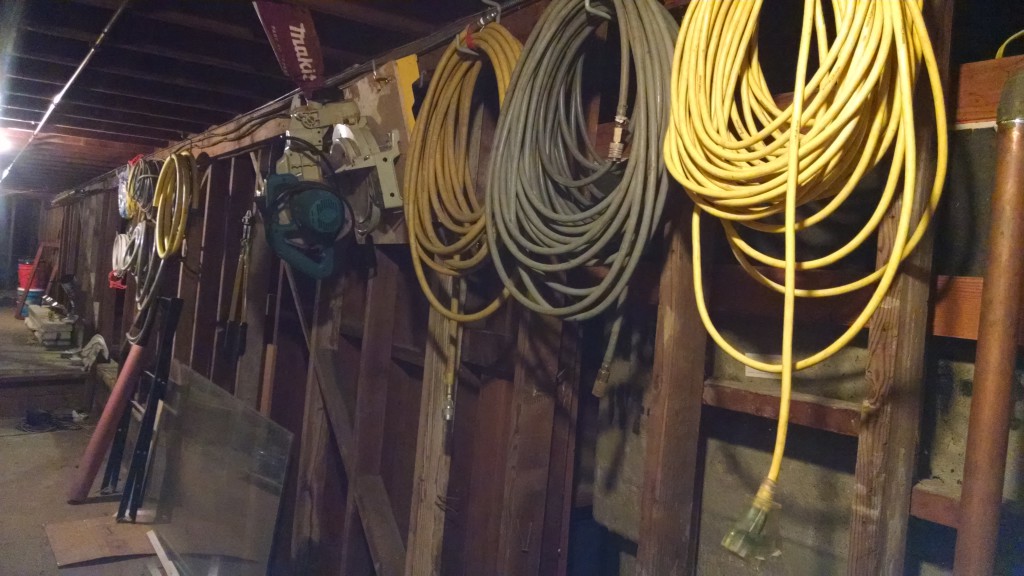 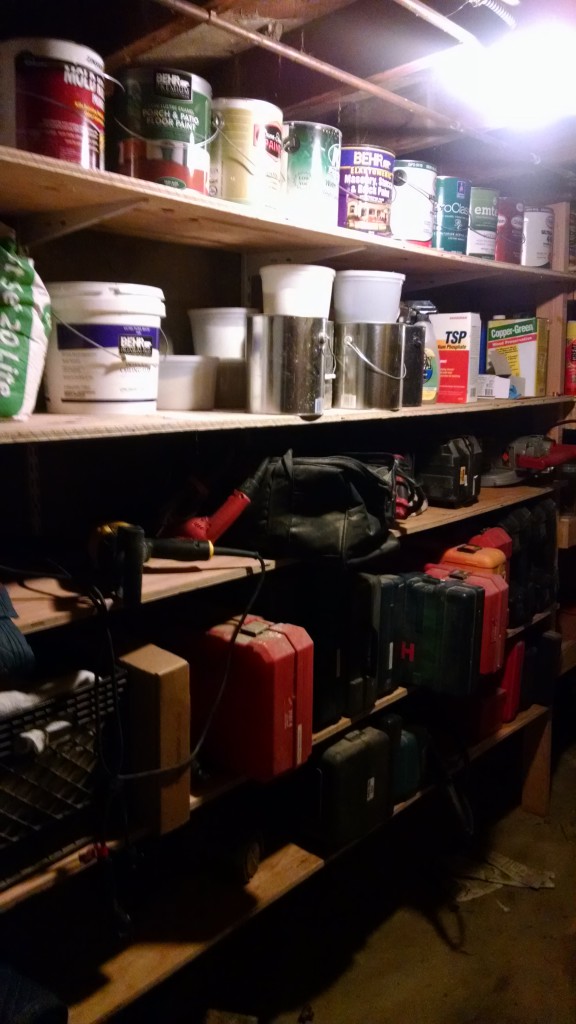 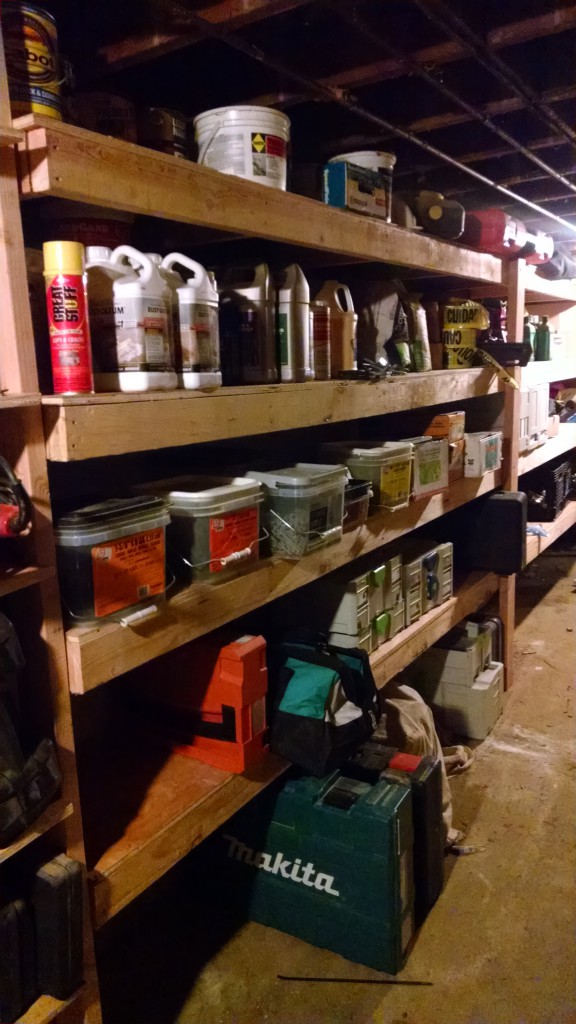 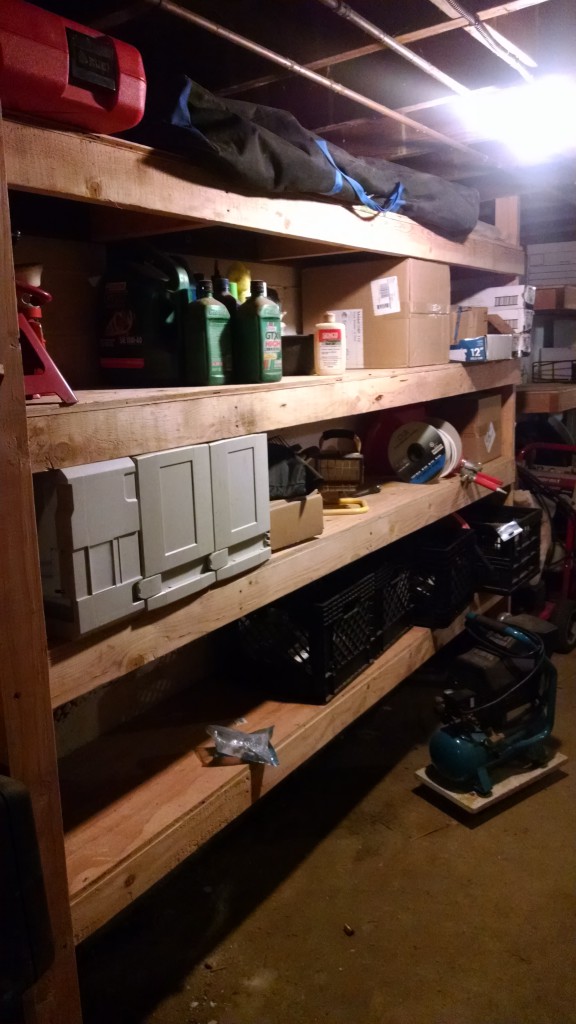 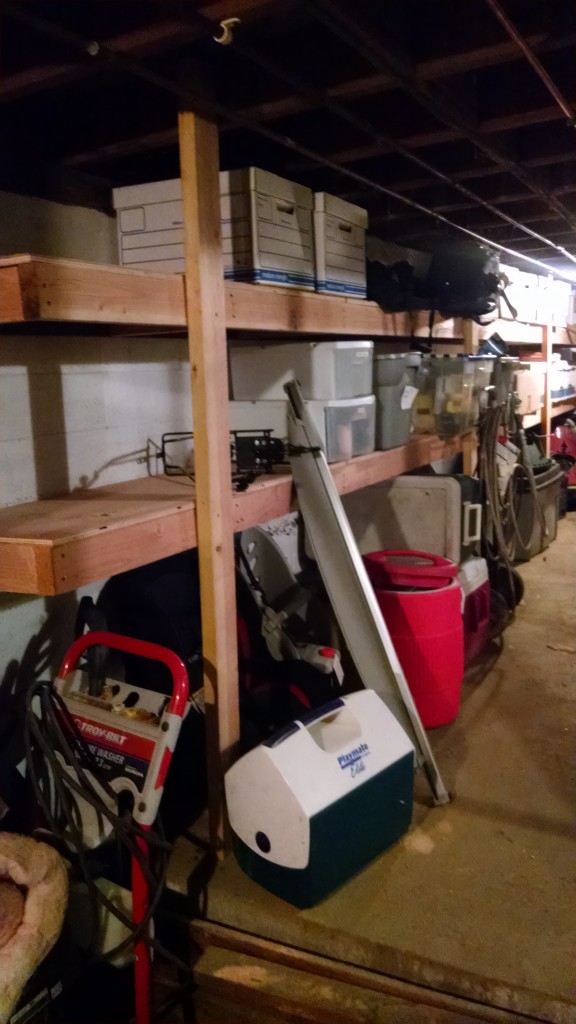 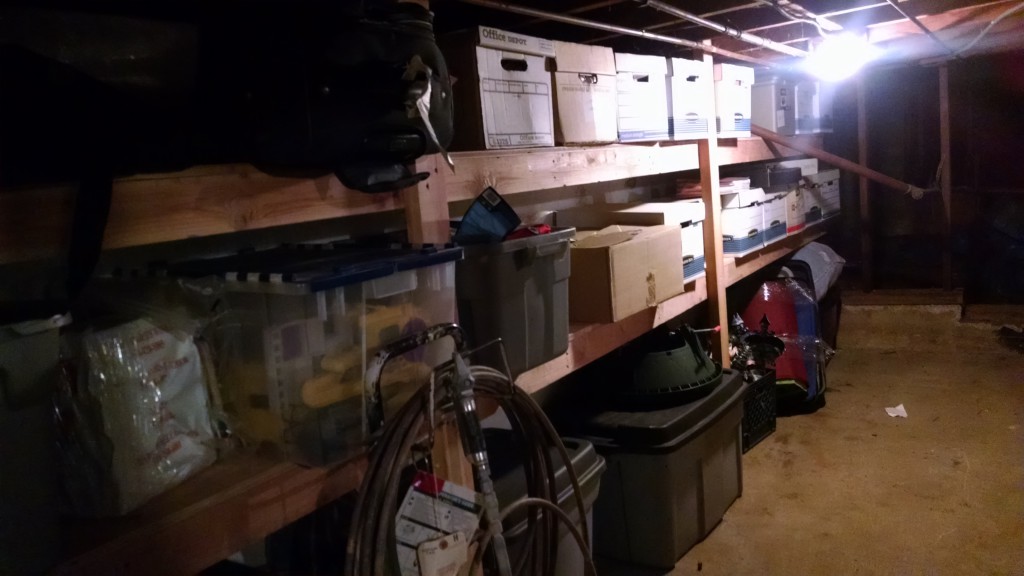 I LOVE having this stuff out of the way. Most importantly I love not having it in the attic where we had to pull down a ladder in the middle of the hallway and climb up to get it. This is stuff is both completely out of sight, but also totally convenient. It’s the best.

And what’s even better? There is still this area past the corridor that is completely blank 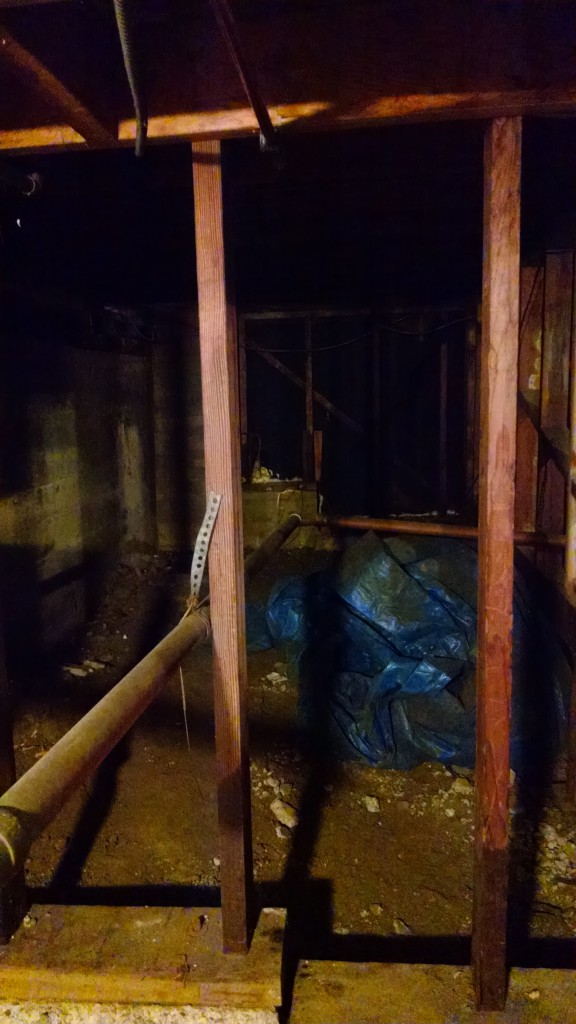 I smell some more shelves in a few years 🙂

Ahhhh, I love you, you awesome basement 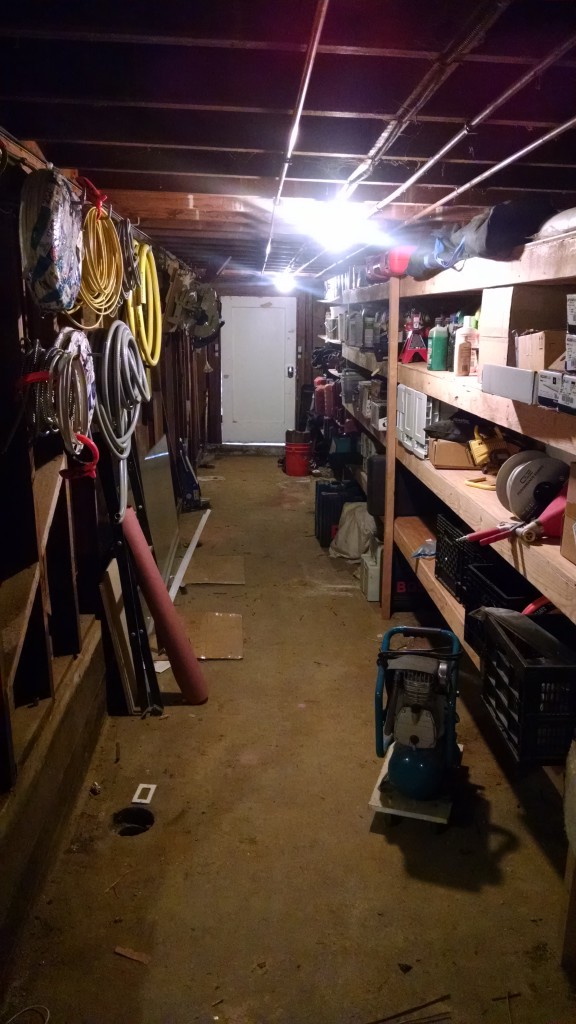