SO, let’s just get right to it: the garage floor looks really pretty 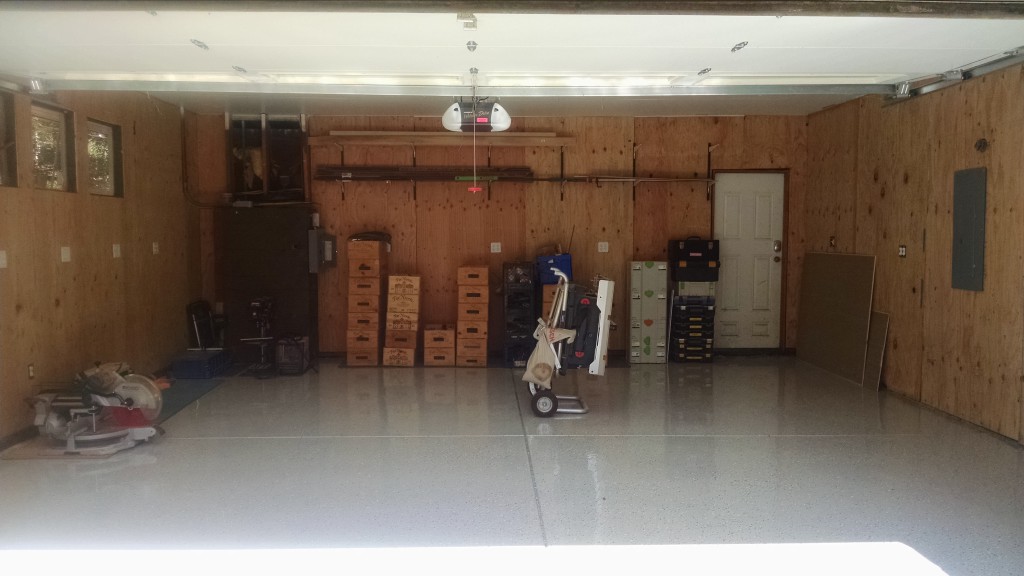 It was a little more difficult to get there than you might imagine, unfortunately.
This past 3 day weekend while I spent a lot of time working, my step dad CBH came over to help Chris clean the garage. The first step in getting the floor painted was a super masterful cleaning job. CBH – in all of his OCD glory – was just about the best person you could ask for to help out on this task. A really, really good cleaning is necessary to make sure that the epoxy paint is going to adhere properly to the concrete surface.
Part of this process meant that alllllll the tools had to be stored outside. Which was slightly terrifying 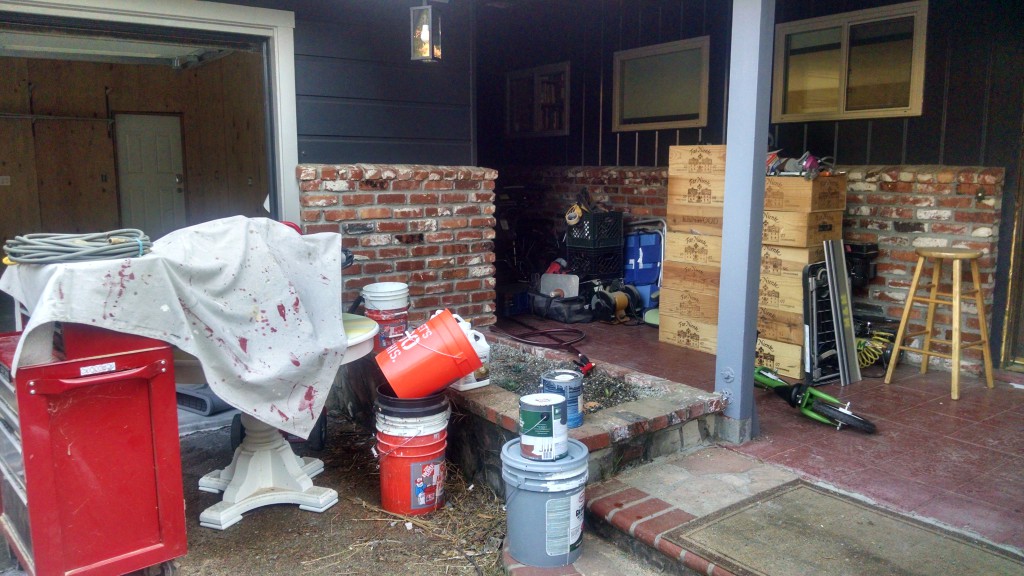 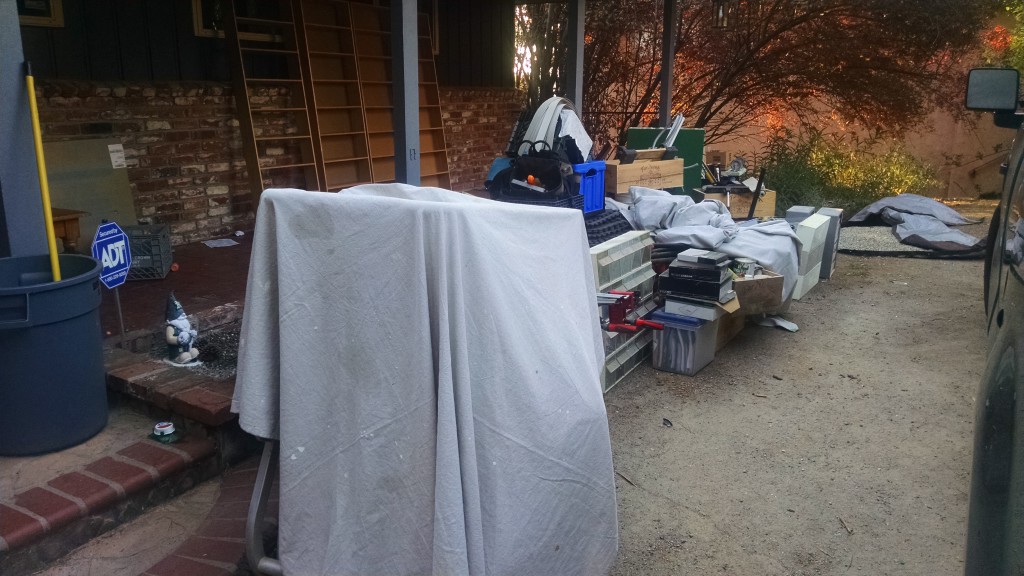 The garage needed to be all cleared out, and that meant that our front porch and driveway was crammed with many dollars worth of tools. They were outside for about 3 nights – it was nerve wracking to hope that things were okay, but necessary.
CBH and Chris cleaned things on Sunday. They needed to dry fully overnight before we could paint. Monday I was back at work, but before I left early that morning I took care of the girls while Chris painted. We used this product. We had high hopes for things, but pretty early on Chris wasn’t entirely thrilled with how things were going. It’s a fairly simple process of painting it on and then tossing on some flecks on top of it. Which Zoe thought was awesome 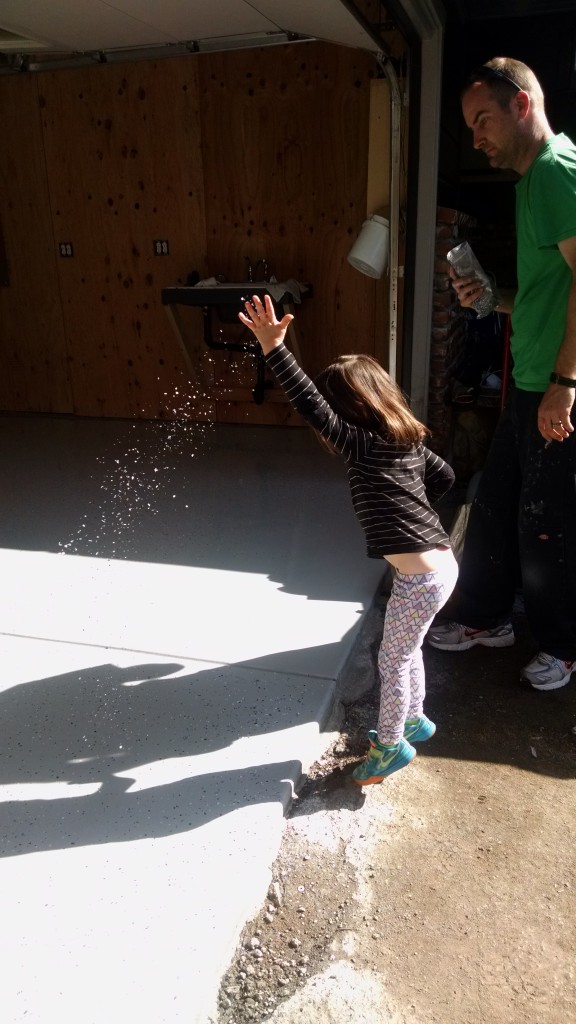 But it wasn’t that easy. It was very streaky, almost looked oily and didn’t seem to be going on even. It’s an epoxy that should fill in a little bit of the un-evenness of things.
I was busy tending to wild and crazy children and then running out the door late for work, so I didn’t really get to see how things were looking. Instead, while I was at work Chris and I were texting back and forth. He wasn’t happy for the above mentioned reasons. I tried to point out that while we both have incredibly high expectations for ourselves, it is also going to be a dirty and very used space, do if it wasn’t 100%, it was okay. I also, however, VERY MUCH understand the feeling of wanting things to look and feel good. The biggest thing we learned with our Picardy house is that – when you really care about something – take the extra step to make sure that you’re doing it right. There are things we wish had done at Picardy that we were too lazy, or tired, or frustrated to complete 100% the way we wanted to. We got to like 90%, and that was good enough at the time. Later, we really wished we had gone that extra 10%. So I told that to Chris: if we needed to spend an extra night, or day, or week to take an extra step to make sure that we were completing it up to the standard that we were expecting it to be, than we should make sure we do that.
So after the girls went to bed, we painted another coat 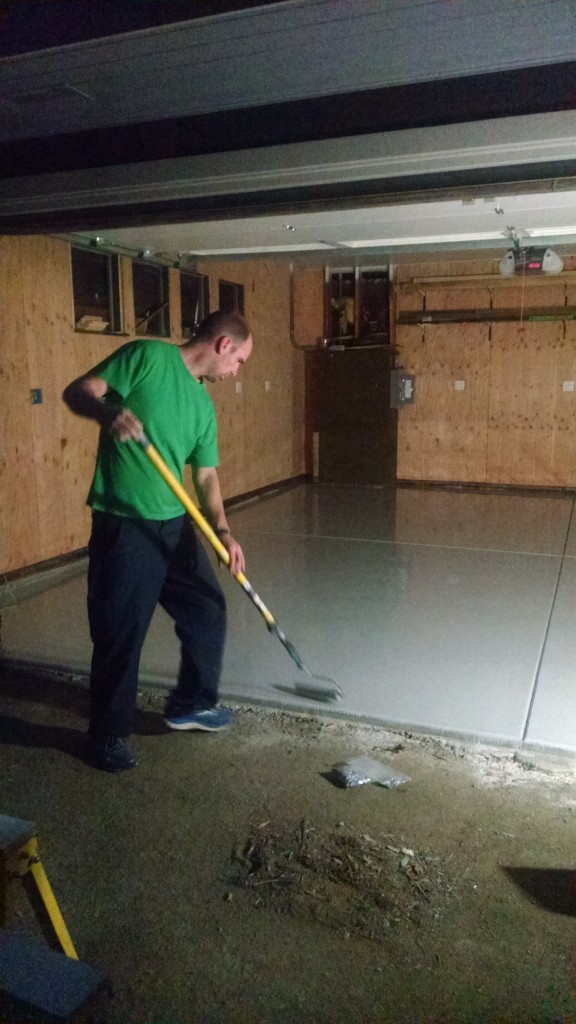 In hindsight Chris wishes he would have picked a different product because after our experience he looked at a lot of info online and MANY people had the same problem. That’s not to say he didn’t do his research beforehand (this man loves his research and message boards), but after he had this problem he looked up the same problem online and saw that it was a fairly common shared experience (in fact, Chris wrote a review about it on Home Depot’s website and THEY REMOVED IT). The good news is that with the second coat the epoxy had a chance to fill things in better, it’s not as streaky, it’s not as uneven in its finish and it’s not as oily looking. Now, to the naked eye, it looks pretty great, it’s really only when you get up close that you see the imperfections 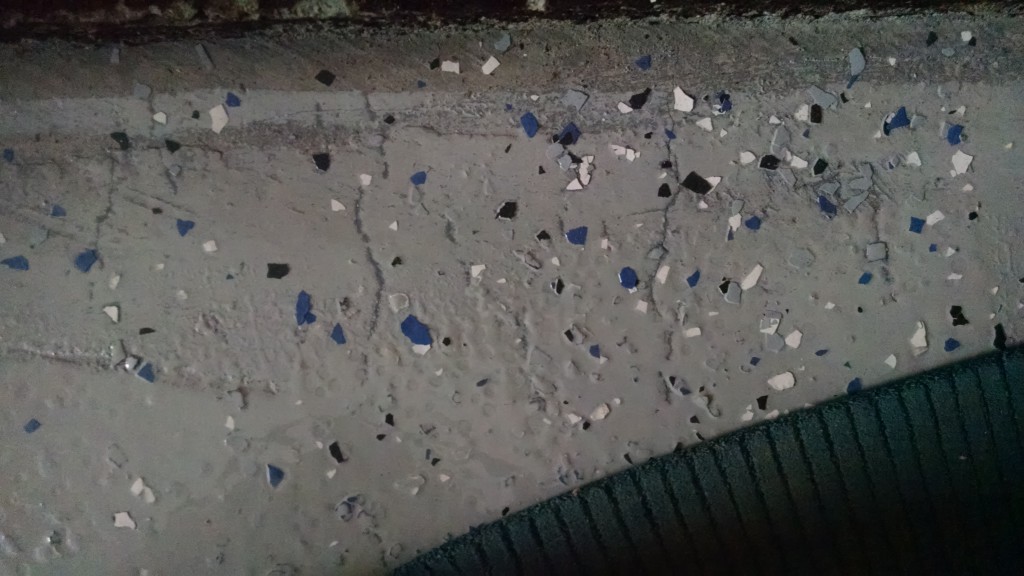 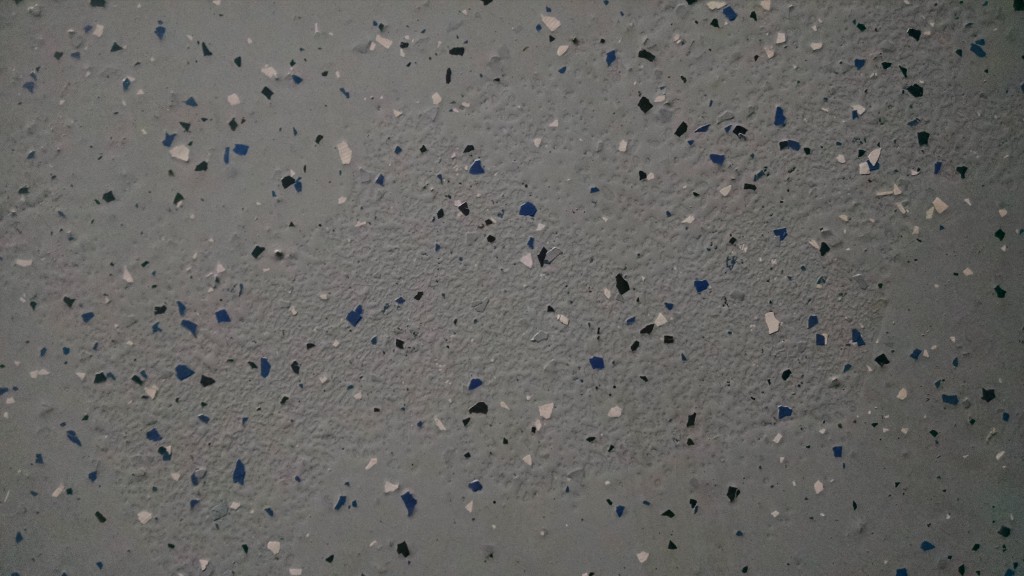 Things aren’t looking too shabby, right?! Yay!
« Here, There and Everywhere
Cutting a Tree Down & Why You NEVER Pay a Contractor Up Front »