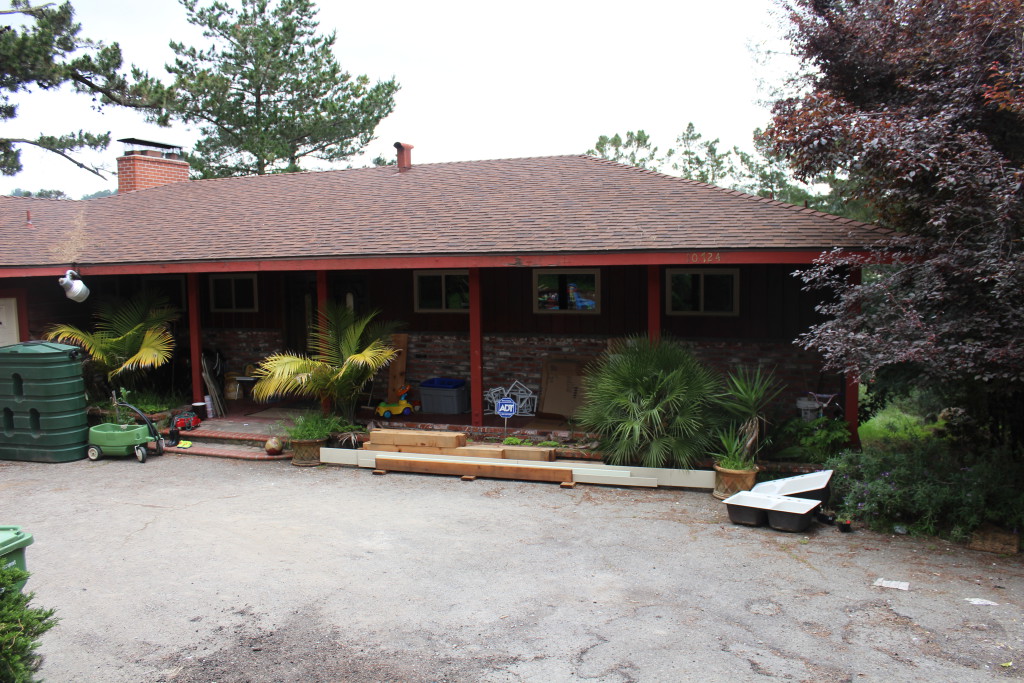 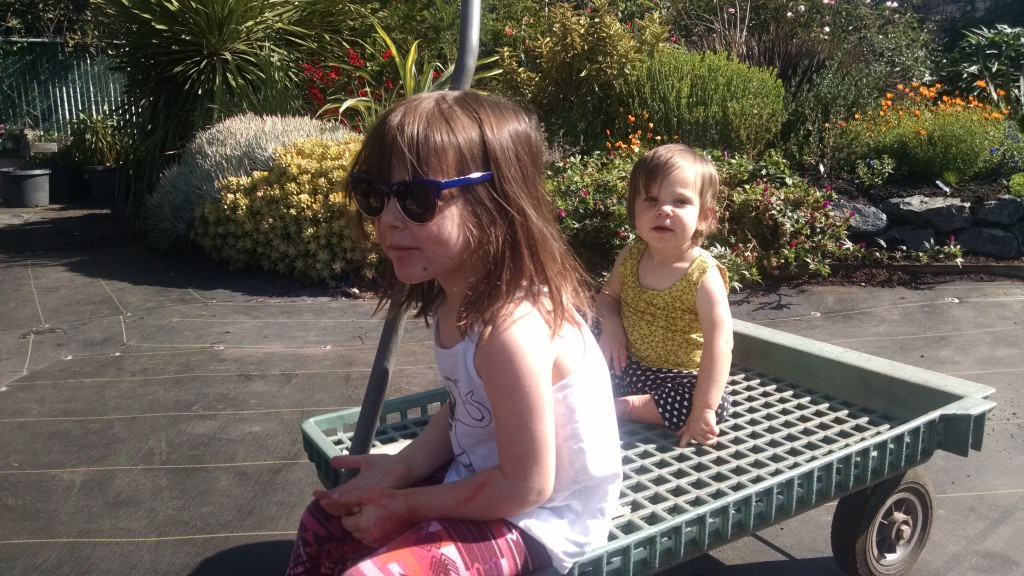 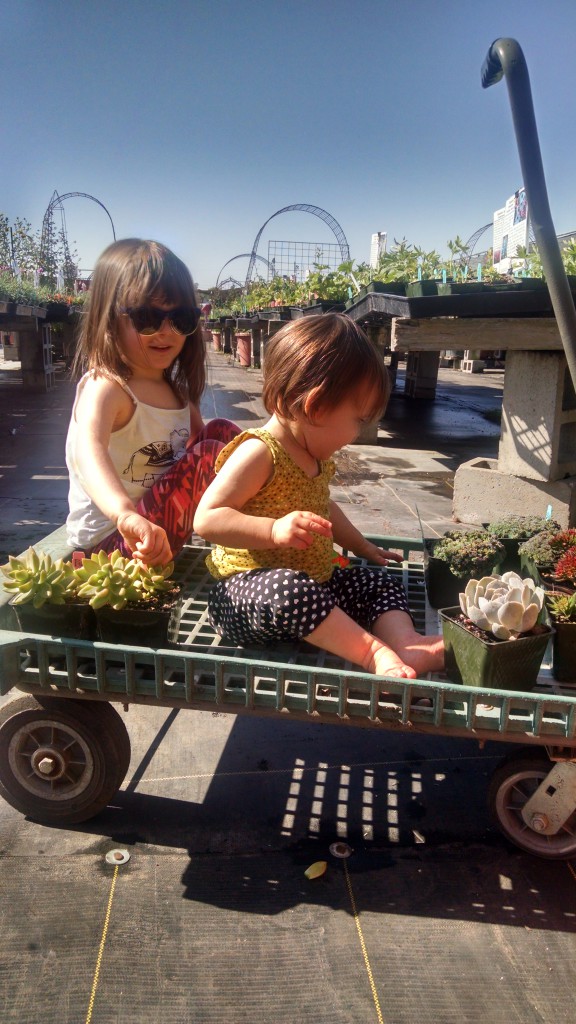 I didn’t really have a specific plan about which ones I wanted in particular, we just wandered up and down their 10-12 aisles of succulents and picked ones that looked pretty awesome and some that were also pretty cheap 🙂 I want this planting bed to be beautiful, but I also didn’t want to spend a shit ton of money. 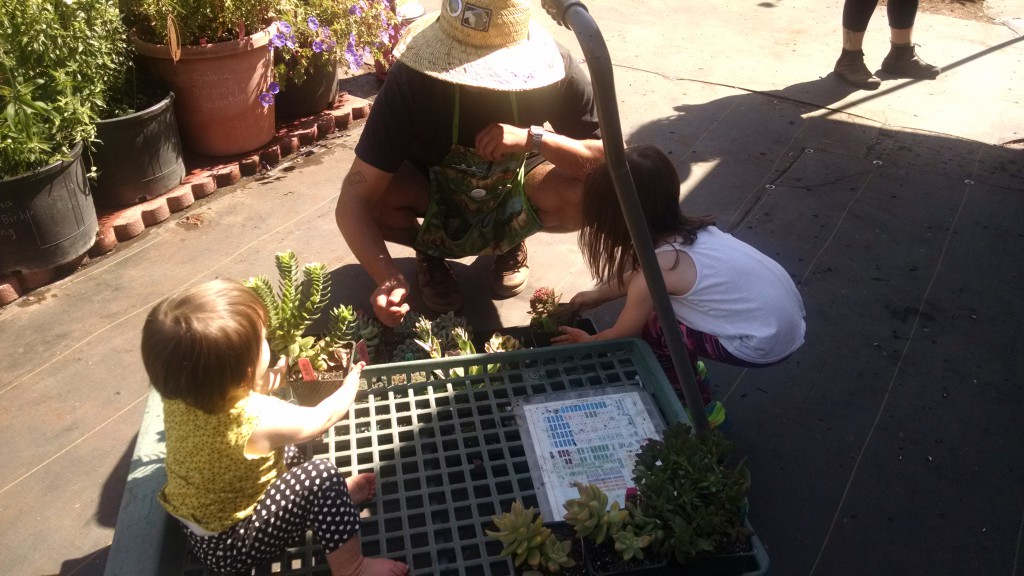 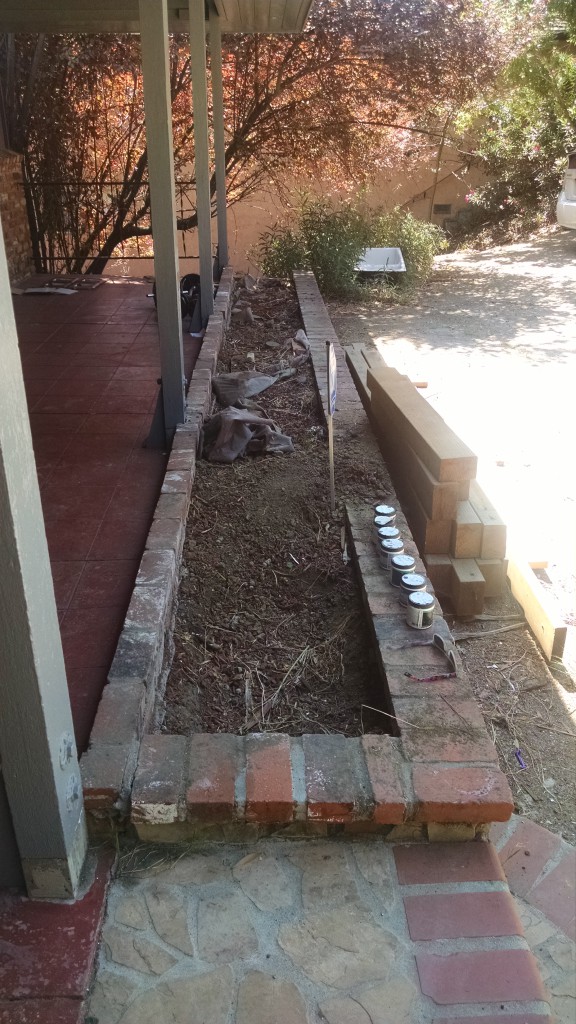 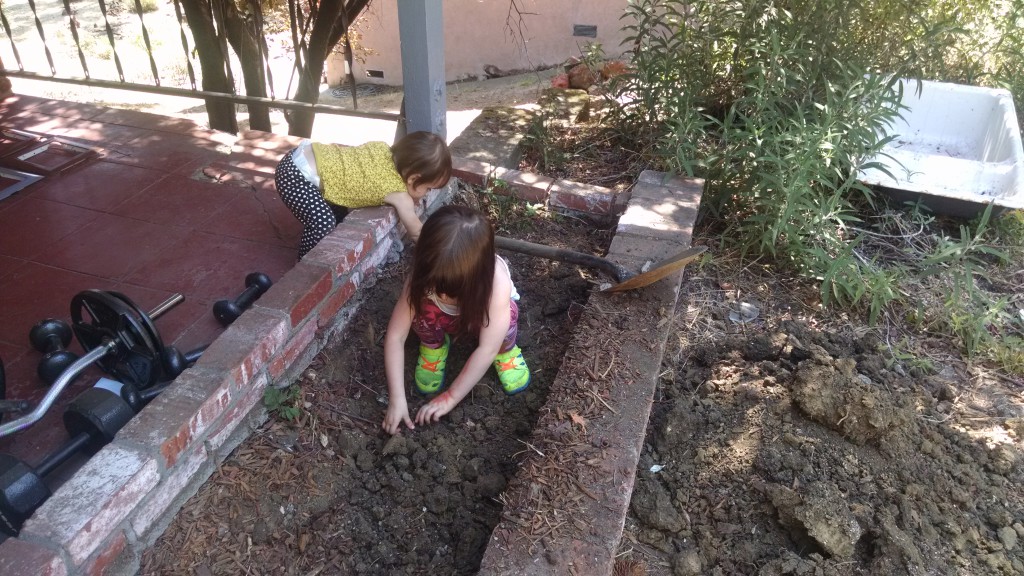 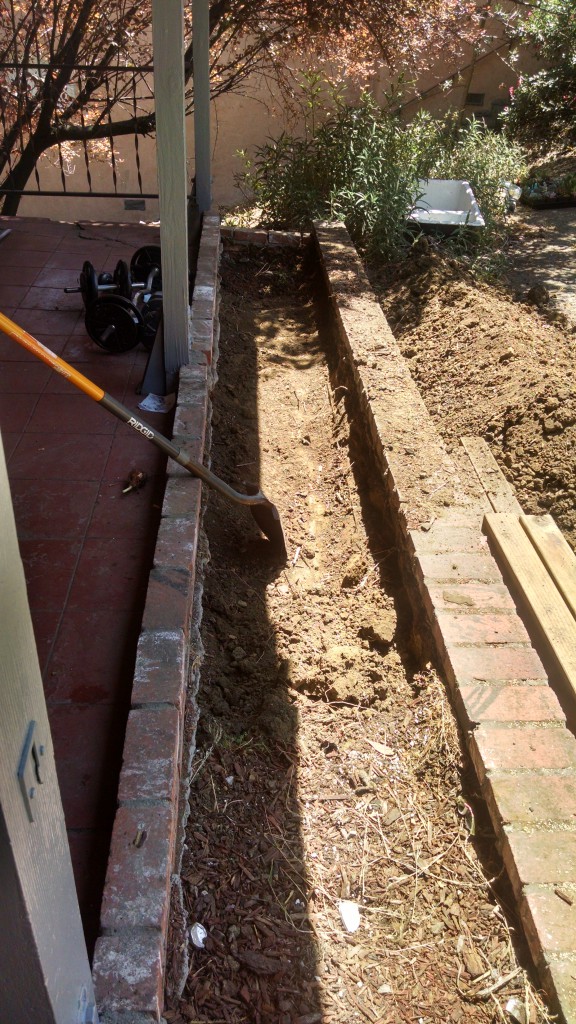 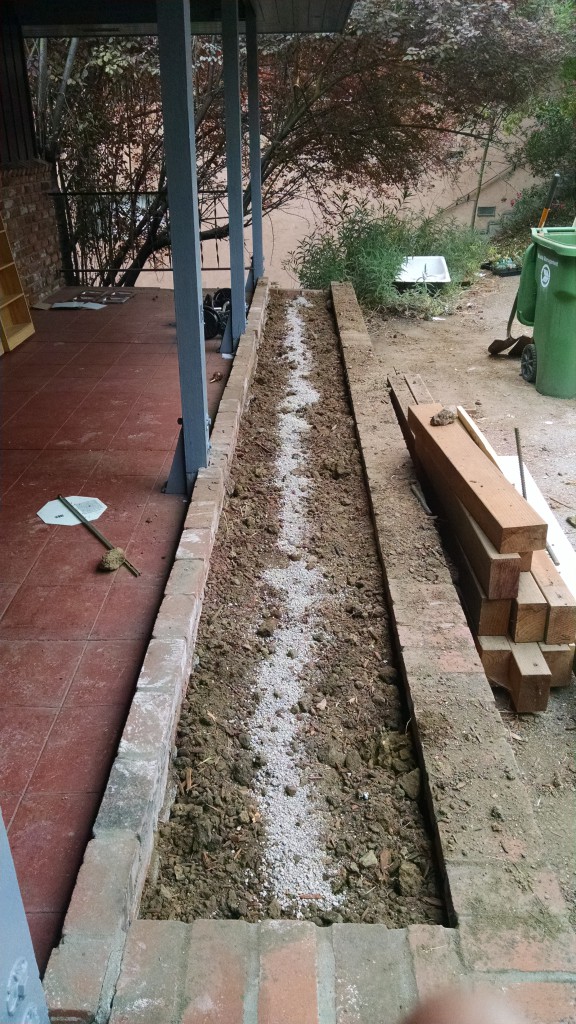 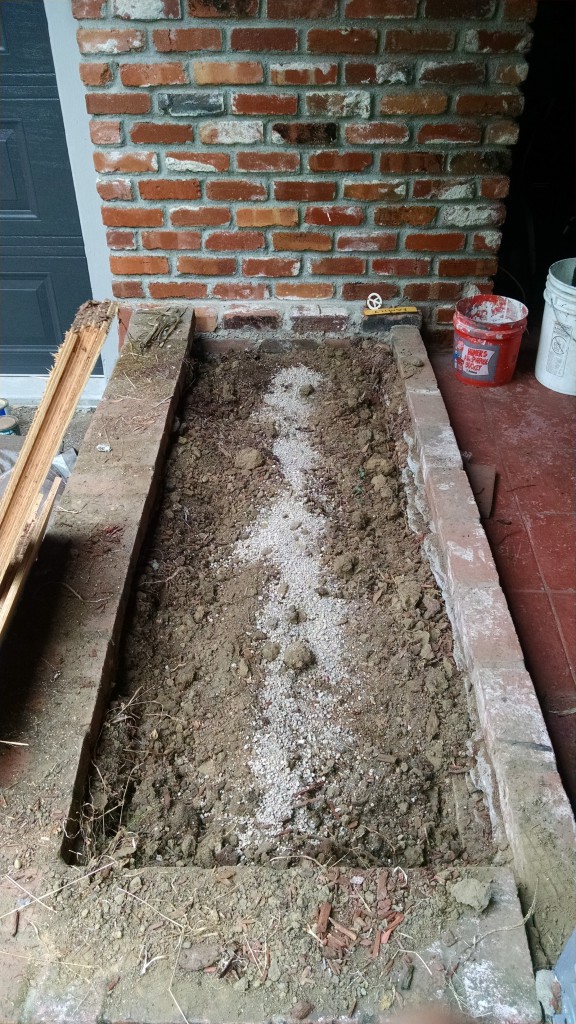 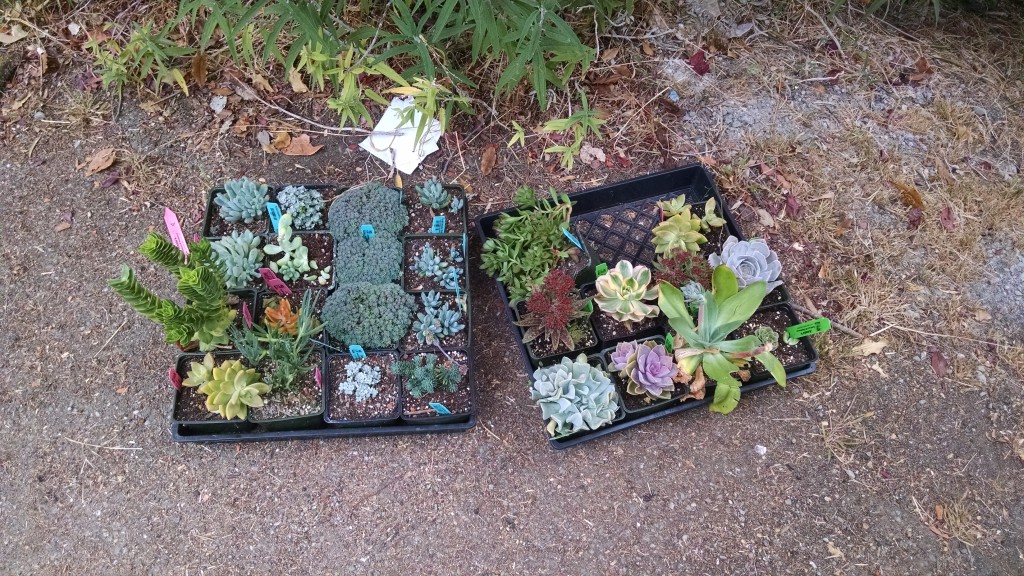 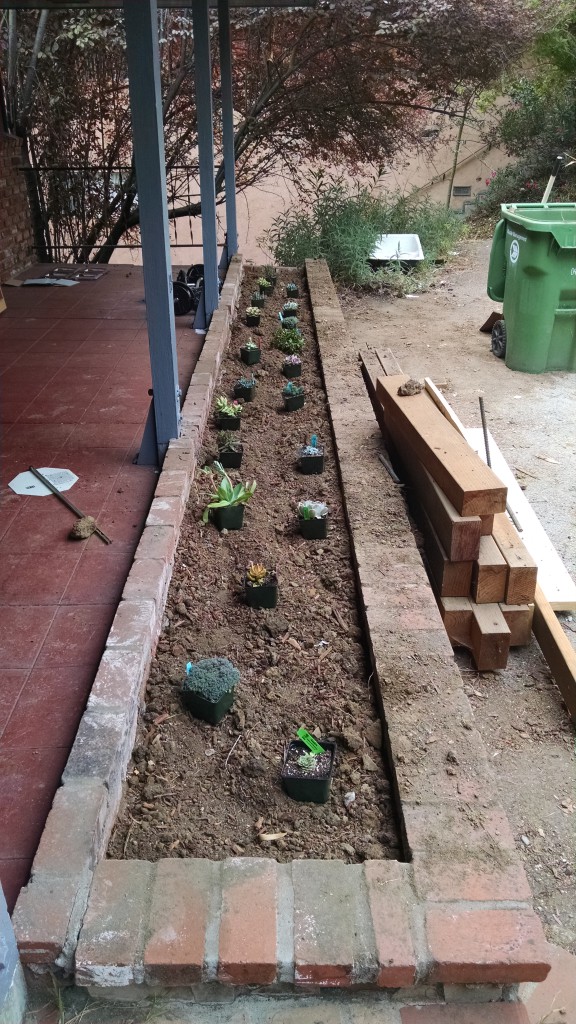 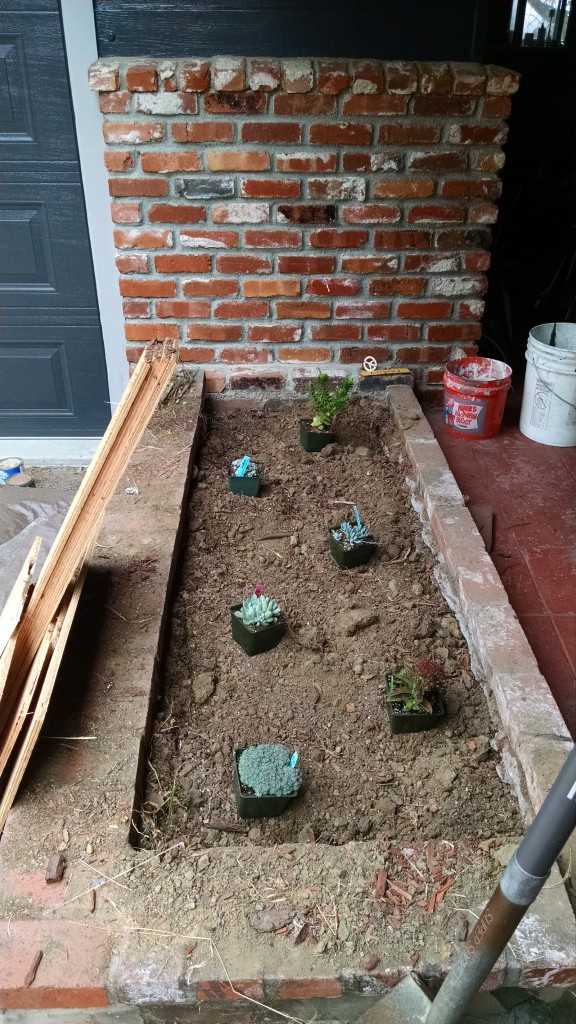 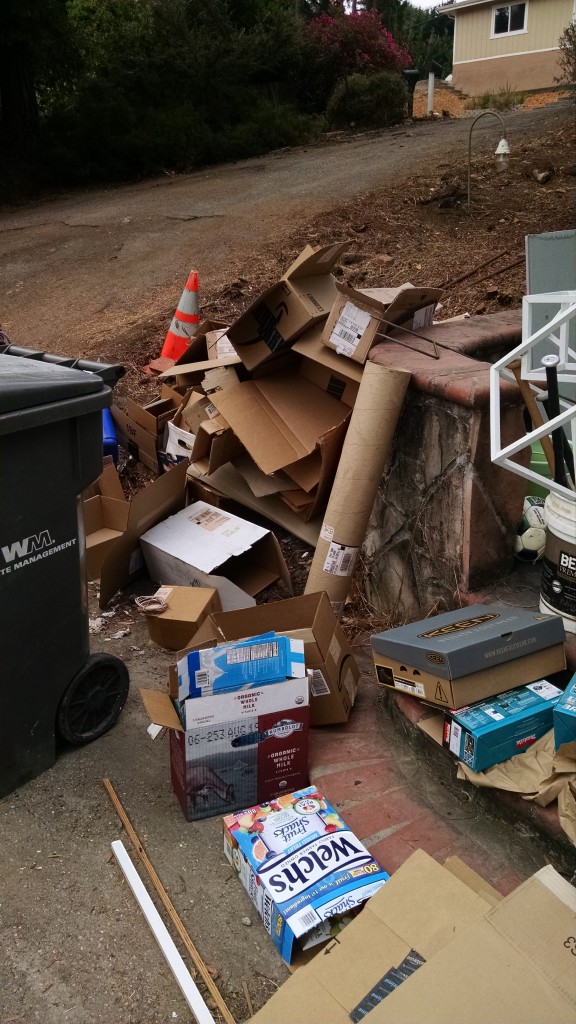 Between purchasing materials for various jobs for work, going to Costco, and buying tools we are never short on cardboard boxes. So I decided to save these for a while to use as weed block 🙂 It’s a little unsightly, so I also took the opportunity to break down the ones we didn’t use into a much smaller pile so our neighbors don’t hate us as much (although the nice thing about where we live now is that our house is set back more from the street and there are only 7 houses on the street so we get a lot less traffic). I broke down some smaller boxes and laid them out in the planting beds 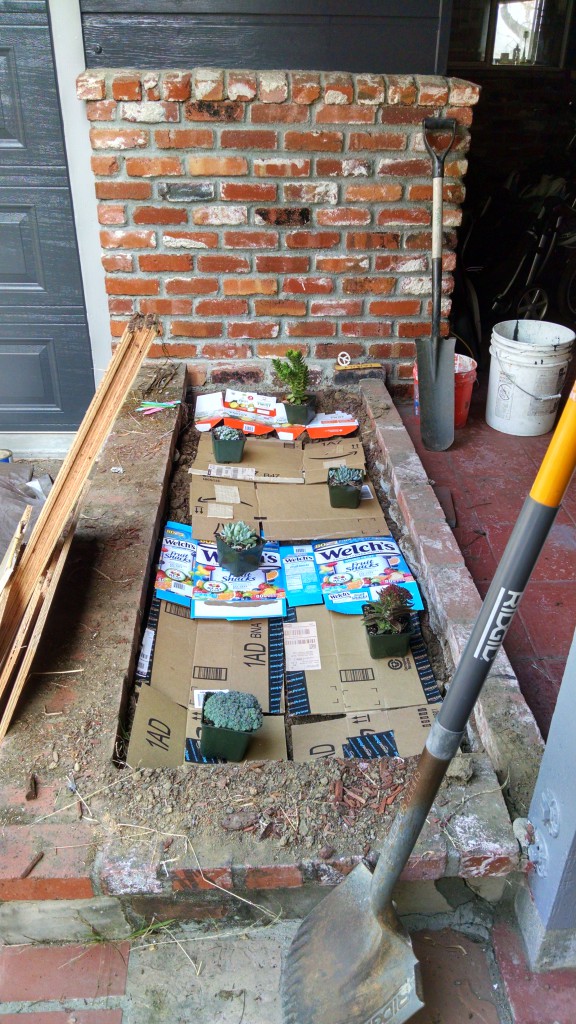 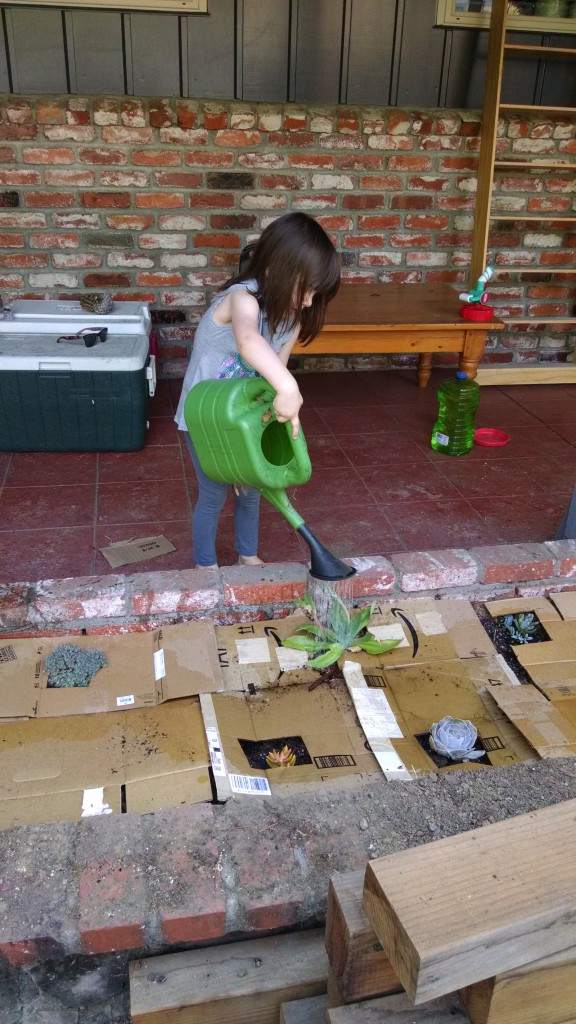 By this time it was about 9:50am and I had to leave for work at the A’s at 10:15, so it was time to take a shower, make my lunch and head out. But we still had the rocks to buy. On Monday I went to a newer landscape place in Oakland for us (we go to Larm’s a lot, but they can be a little frustrating to deal with and some of their products are over priced). I checked out what they had in terms of rocks and settle on Pea Gravel. I also asked about their pricing on pavers and various other landscape materials (we’ll pave a patio area in the backyard in 1-15 years 🙂 heheheehe). They were SUPER nice and incredibly helpful and had really good prices, so I would really recommend Oakland Landscape Supply if you’re local. I was hoping we’d get the rocks picked up this week so we could check the progress off the list (I don’t want another partially completed project on my hands…) but we haven’t had the time yet Monday or Tuesday. HOPEFULLY today or tomorrow we’ll be able to pick them up and get this project done!