The Ikea wall sconces we got for the bedroom weren’t quite meant to be mounted to electrical boxes. Instead they were designed to be attached to the wall and then have the wiring run in wire mold, or just hang on the wall and get plugged into a receptacle. So, a retrofit was in order.

First I identified the hot and the neutral wires on the plug. There are two ways of doing this. 1) If the plug is polarized (one prong is larger than the other) then you just find the larger prong and that’s the neutral. The wire on the corresponding side will carry the neutral. 2) If your plug isn’t polarized then find the ribbed wire. This wire is the neutral. Usually the other wire will have print  on it identifying the type of wire (e.g., 18 AWG) and other info. The wire with print is the hot wire.
Next I cut off the excess wire and stripped the ends. In the case of our sconces the hot wire goes to a switch and then to the bulb socket. The neutral wire went directly to the socket.
The most difficult part of the retrofit was getting the wall plate to work with a round ceiling electrical box. Since it’s meant to be mounted to the wall, it doesn’t have a hole in it allowing for the wires from the light to connect to the wires in the electrical box. I used a grinder to cut out a little square access hole in the mounting plate, but you could drill it out with a hole saw or use a Dremel multi-tool if that’s all you have. I then used a file to file down any burrs or sharp edges. 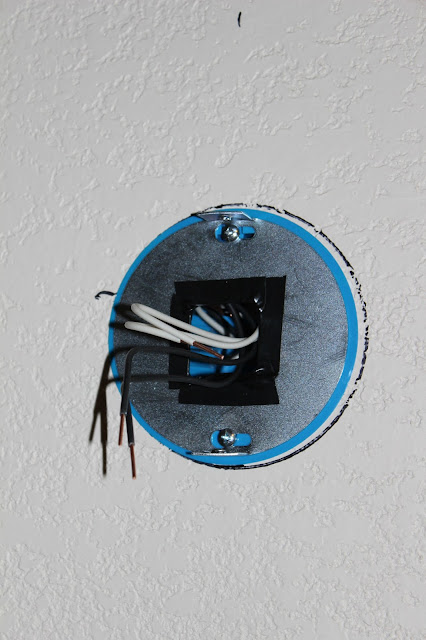 Lastly, I covered the edges with some 3M super 88 electrical tape. It’s a high quality tape that is thicker than the cheap stuff.

The final step for our light was to cover the retrofit box with a homemade escutcheon we made out of some scrap poplar. 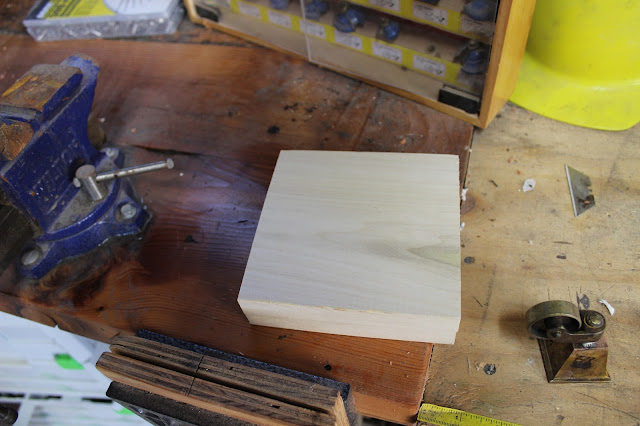 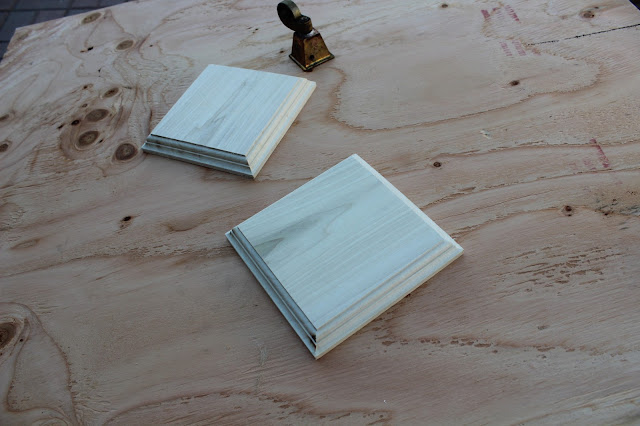 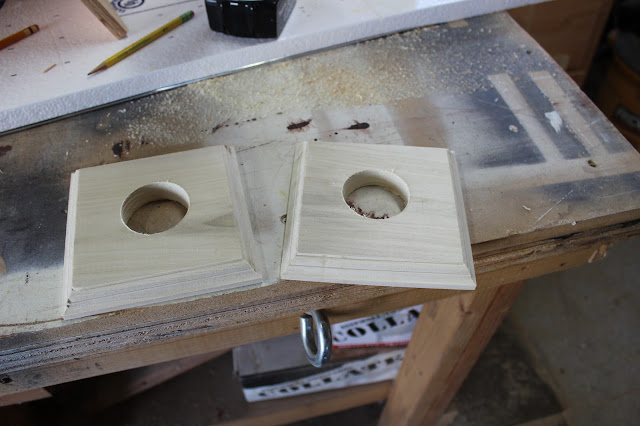 I mounted the mounting plate to the wooden escutcheon and then mounted the homemade wood escutcheon to the retrofit box (to cover the electrical box you could see a bit of around the edges). 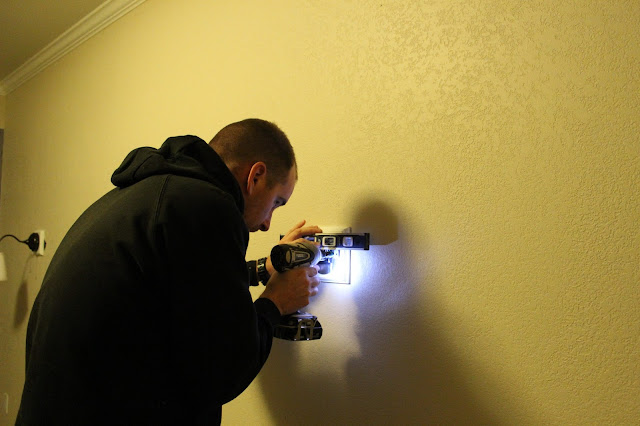 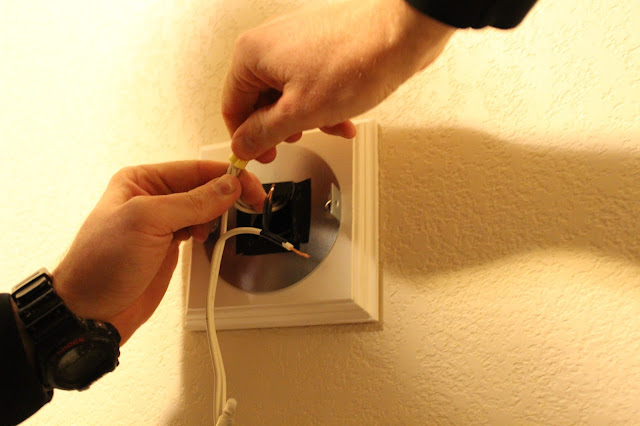 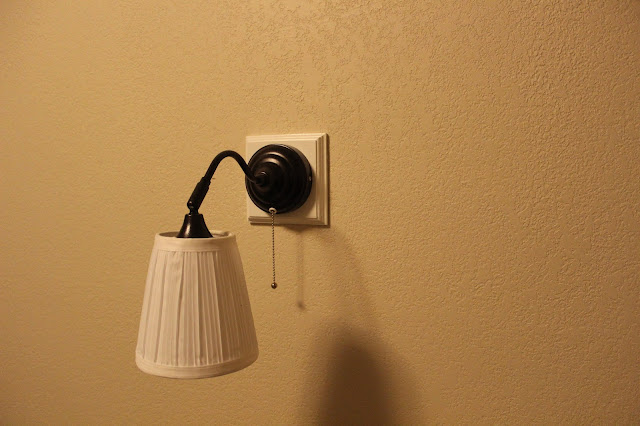 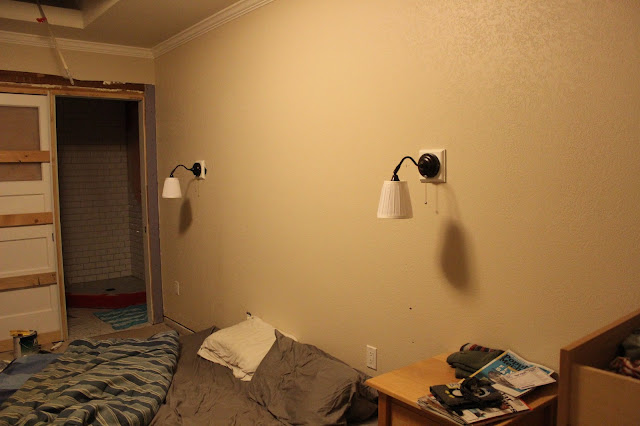 We still need to patch around the far light 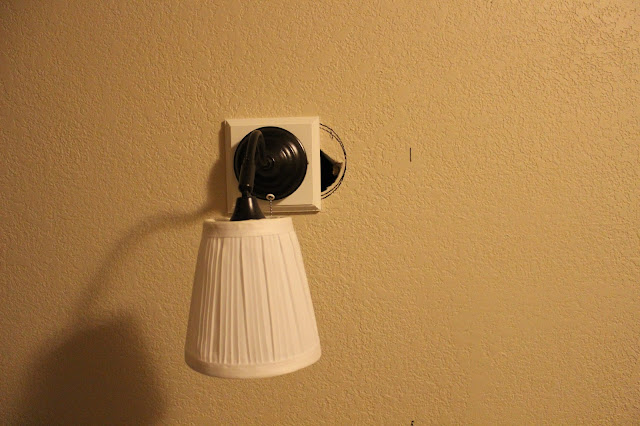 But that will come later when we get to working on the bedroom.

« Our Sources – Chris
We Kicked the Tile’s Ass This Weekend »