After Tropical Storm Oakland hit last Thursday, Chris and I were not looking forward to the work we had to do to repair what the water washed away or fucked up. Thankfully, the amount of rain that came pouring down only messed with our most recent row of pavers, so we simply took them out 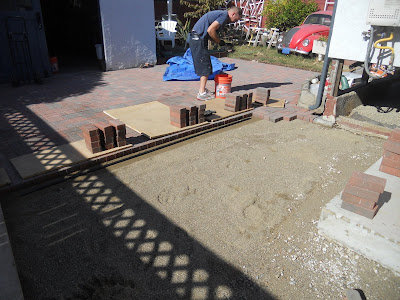 After they were out and the sand had dried enough, we set about laying our next batch of pavers. So we got the pipes out to work on screeding a new section 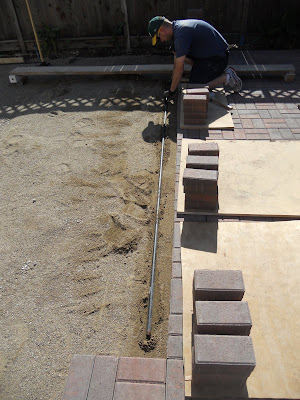 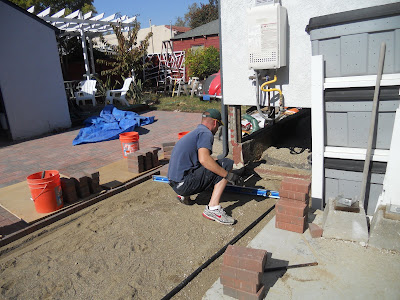 The last little bit towards the left had to be done by hand because we couldn’t get our 2×4 or a level back there to screed it, but things were looking good 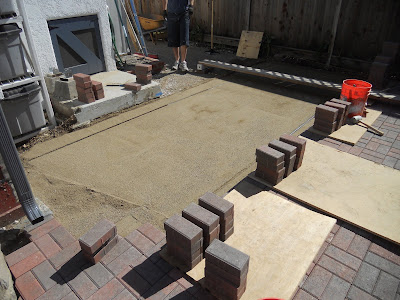 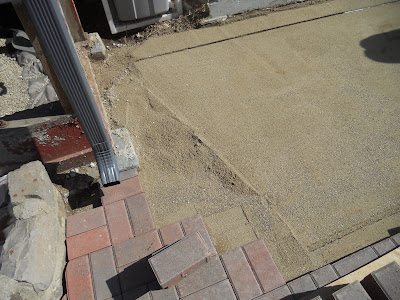 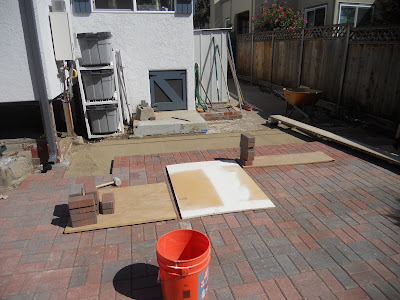 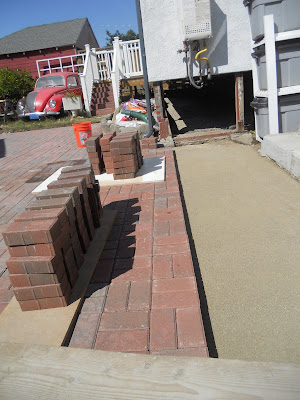 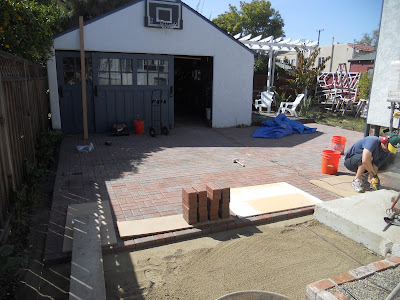 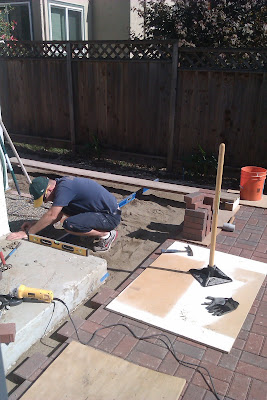 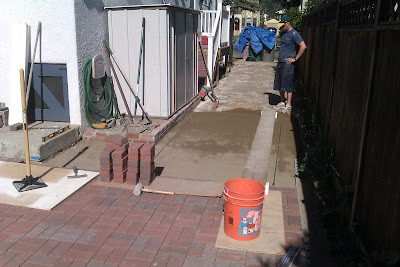 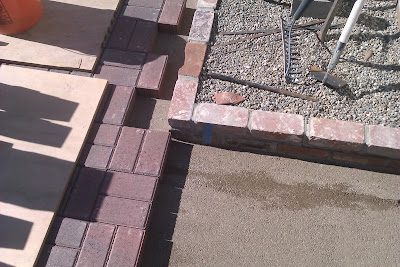 Once we were on the long stretch that used to just be tire tracks with grass in the middle, it was smooth sailing 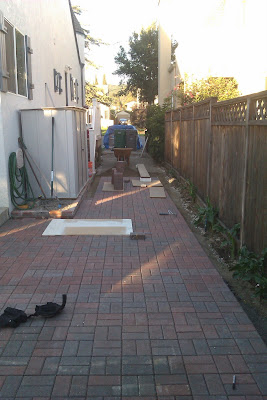 We thought about maybe doing tired tracks of pavers to match the look that was there before, but it actually wouldn’t have been much cheaper (paying for more edging would cost close to the same actually because we got such a great deal on pavers). And, it would have taken a lot longer, so we just went with something that was easier 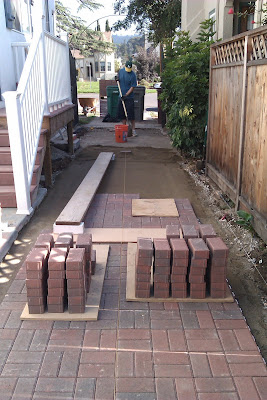 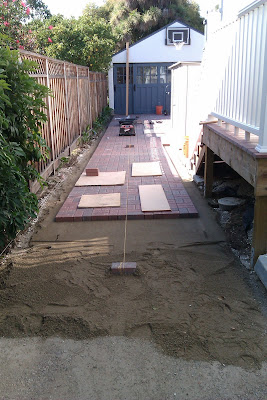 On the left side of the above picture there is a large gap between the last row of pavers and the fence. We debated stepping out the pavers one row to accomodate the angle the fence takes (the gap slowly gets wider and wider), but I didn’t really like the aesthetics of that. Also, the concrete pour from setting in the fence posts (constructed before we moved in) would have gotten in the way if we added another row. So we decided that once we were done with the pavers and putting in the edging and adding concrete up against it we could lay some mulch or plant some small flowers to add some greenery. 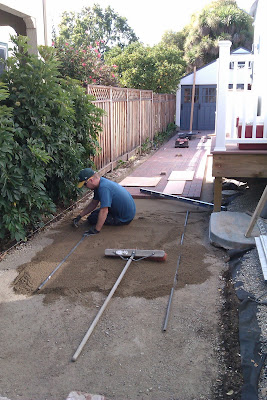 But now we just had to make all those cuts… 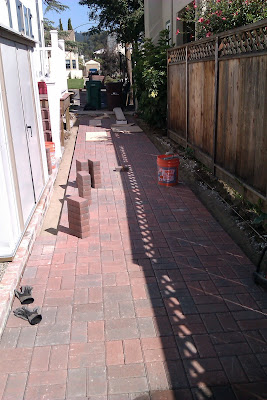 But man oh man I am loving how it’s turning out! 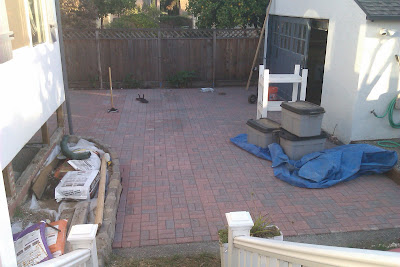 Chris was even able to take some shots on the basketball hoop (my framing in the above pic cut it off, it’s on the top of the garage) for the first time in a looooooong time, so he was a happy camper 🙂