Not too much progress to report, but I did work a little more on the upholstery tacks on our headboard. I am now exactly 1/4 of the way done, yay!

Zoe once again helped out, but this time allowed me to be much more productive, so that’s wonderful 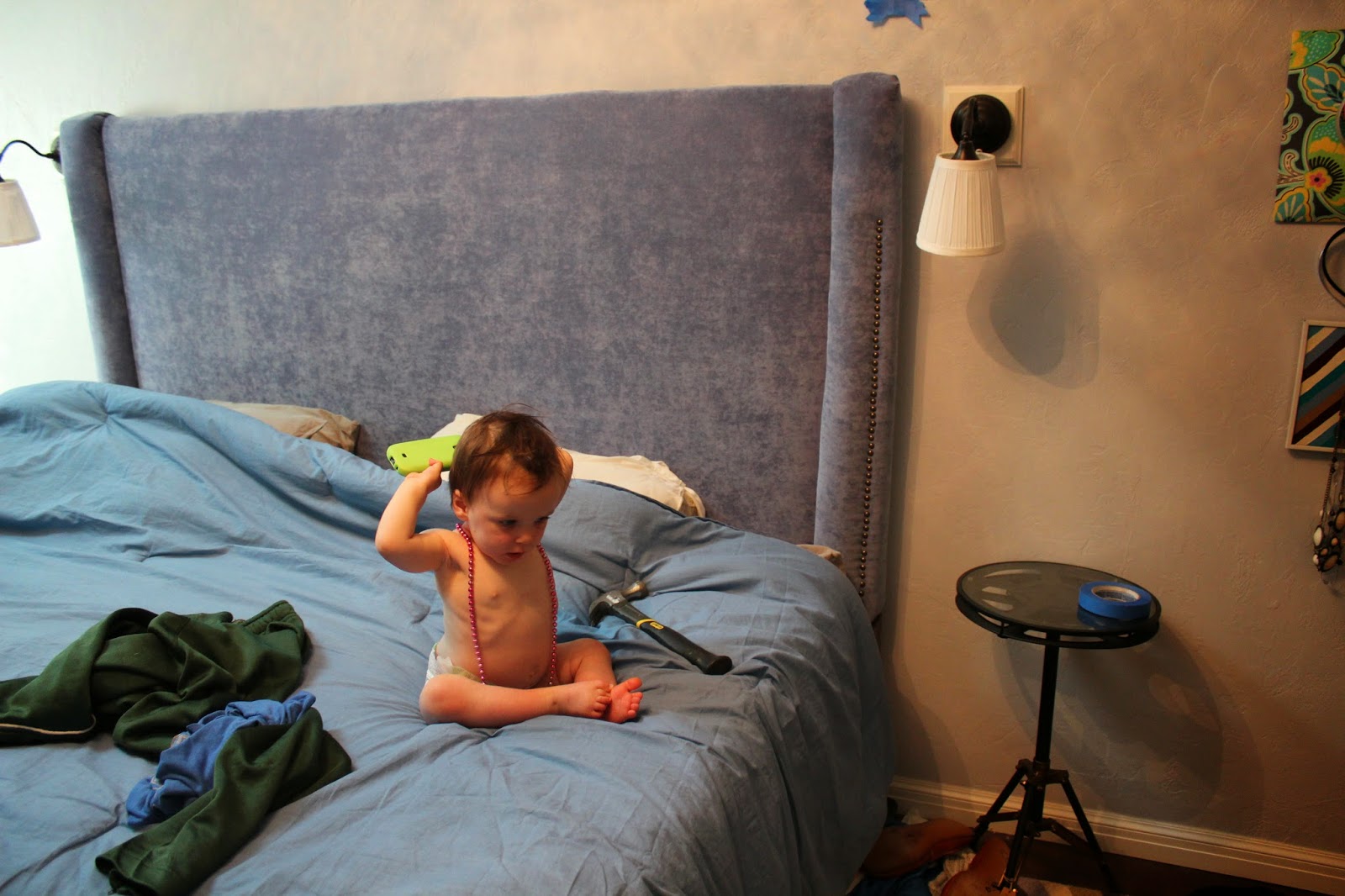 Nothing cuter than a baby just hanging out in a diaper, right?

I actually hit into a really good groove this time and got over double the amount of upholstery tacks in almost the same amount of time. Zoe was having fun playing, I had figured out good spacing and it just worked out well. I love it when projects go according to plan 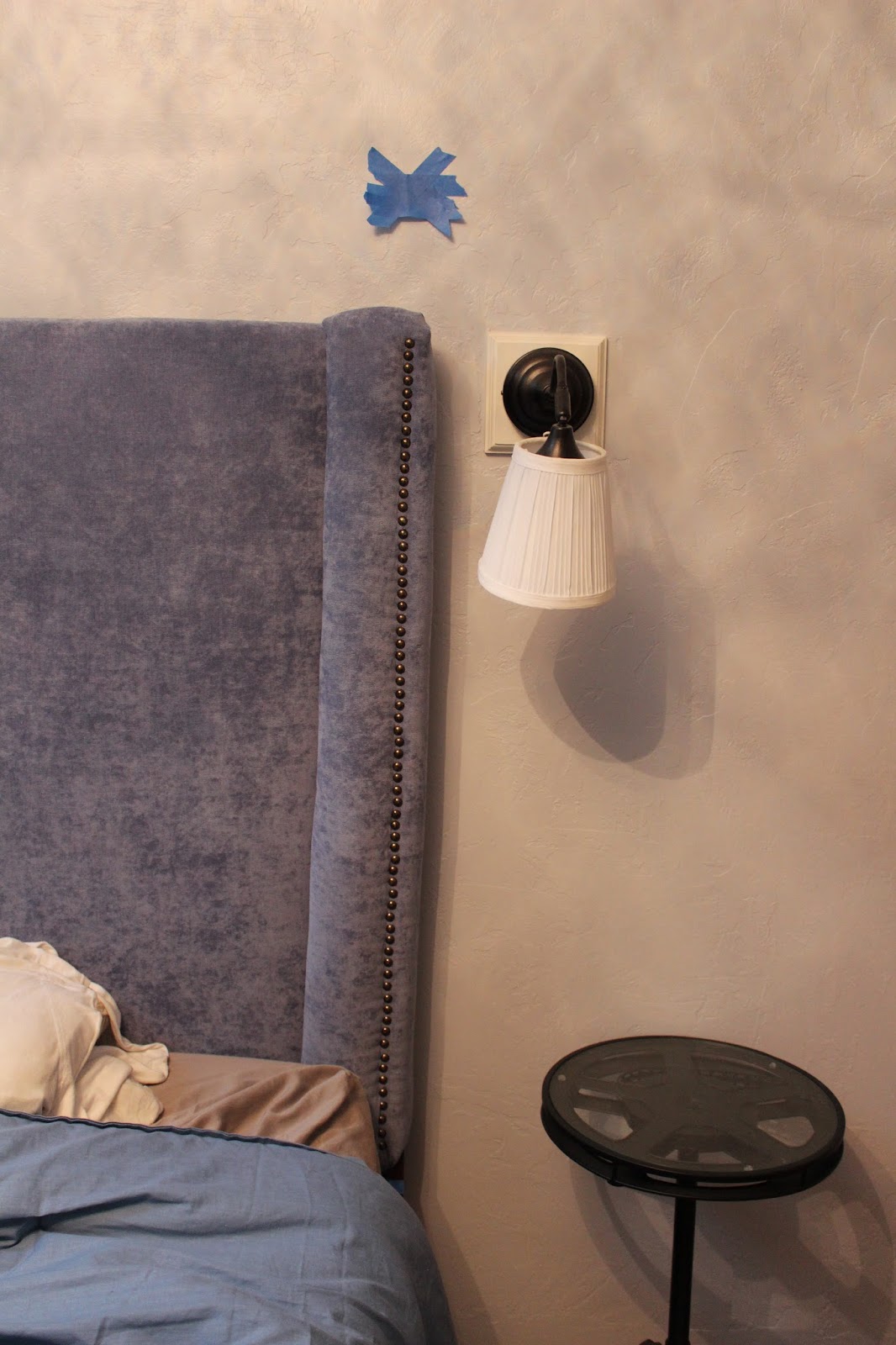 Looking good, right? I hope so 🙂

I’ve still got to do the inside of that border piece and then move on to the other side of the bed. I also ordered more upholstery tacks because I won’t have enough to get it all done with what I bought initially. I’m really loving how things are looking though and am glad that this shouldn’t take FOREVER to get done, just a little while longer.

And another little piece of fun? My ring!

Because Chris and I decided to get married one night while brushing our teeth there was no large presentation of the ring. I had always thought it would be cool to design your own and so that’s just what I got to do!

We went to a totally awesome local jeweler (Seelenbacher in Alameda if you’re local) and got to pick everything out. I’ve been having REALLY bad eczema on my hands for the last almost year and so I’ve had allergy testing done to see what might be contributing to it. I found out (among other things) that I’m allergic to nickel and gold. I don’t think I’m a platinum kind of person so when I was thinking about what metal I would want the ring made out of I was trying to think of something a little different. I liked the idea of stainless steel (a lot of men’s rings are made out of it) because it was a building material. Upon talking to the jeweler though, we nixed it because he didn’t feel comfortable setting stones into it because it is such a strong metal. Totally fine.

Then he brought up rose gold. Initially I was hesitant because I was afraid I would be allergic, but he was SO awesome and gave me a rose gold band and a platinum band to wear for a week to see if I had any reaction. He thought I wouldn’t because rose gold is rose because of copper content so it does’t have the same chemical properties as white or yellow gold. I didn’t have any reaction to it, so we decided to go with it, which actually was totally cool because I love the shade of it and I love that the copper in it is a building material too.

I wanted to have my ring be a little different and always like colored stones, so I didn’t want to go with standard white diamond. And also, because I’m active and always using my hands I find rings that have stones that pop out to be a little bit of a nuisance because you’re always whacking it into things, so I wanted my stone flush with the band. We talked with the jeweler about all my ideas, got to pick out the stones, approve a wax mold and then… 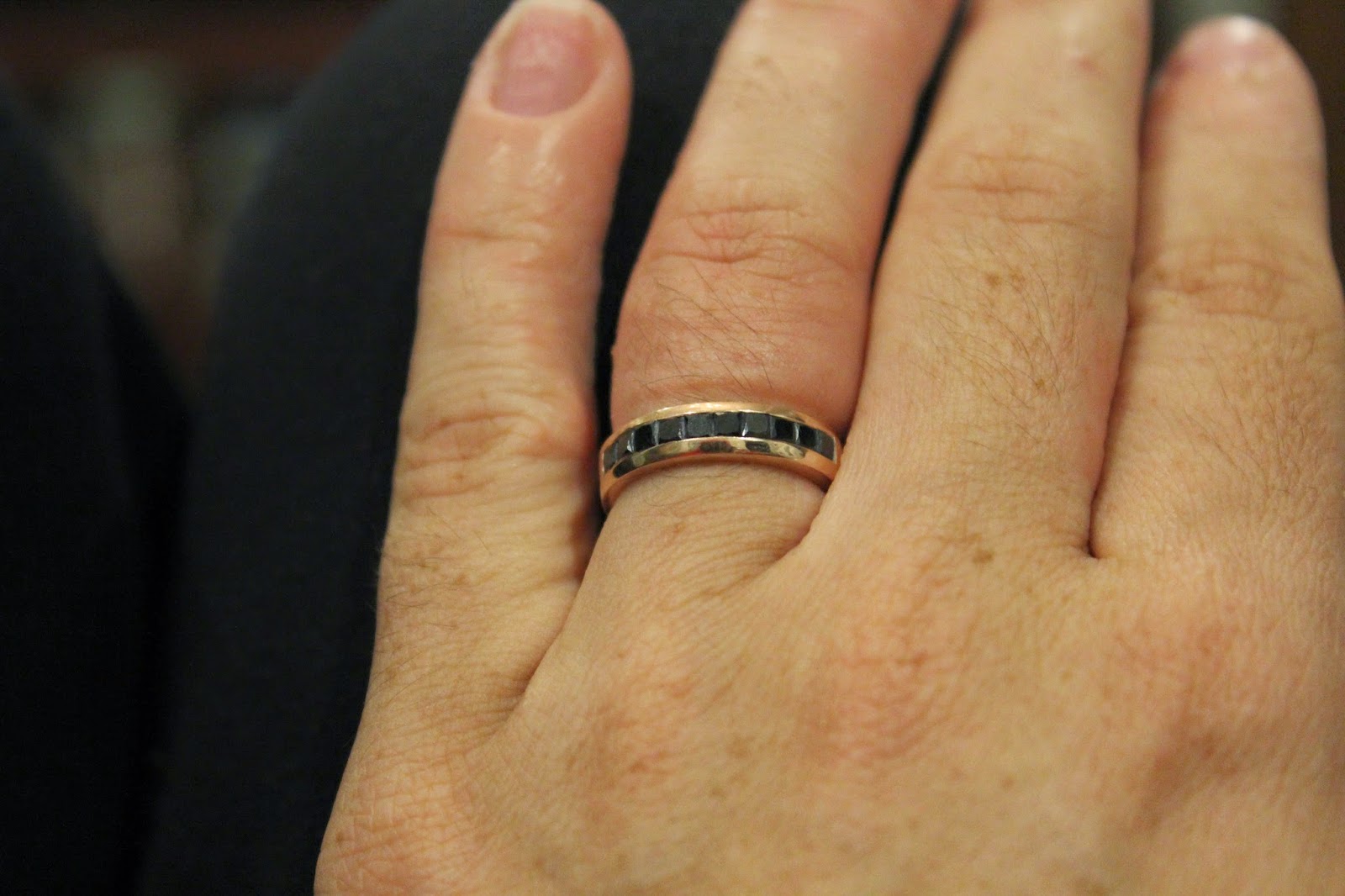 …my ring was made! We picked it up last week and it’s awesome. It’s rose gold and black diamond and I LOVE it. I love that it’s different, I love that the style is practical and I love that it’s reflective of our hobbies and work because it’s got that little bit of copper in it. It’s pretty much the best ring ever 🙂 And I think it’s so cool that Chris and I got to design it together, it definitely makes it even more special. And you want to know the totally awesome part? I was completely terrified that this ring was going to cost an arm and a leg because we visited the jeweler several times, got to check out all the stones when they came in, got to have a wax mold made to approve the design, etc., but you want to know the cost of my ring? $900. How fucking awesome is that? I got to pick out everything about it, make it exactly what I wanted and it was not ridiculously priced. I love looking at it and seeing it on my finger – it’s special, different, and perfectly me. Chris loves it too and opened it first when we picked it up. I love that he loves it. Yay!