…or: Tools for which I’m thankful; if you’re a stickler for such things.

***First, disclaimer: I have been wanting Chris to write a post like this for a while. Seeing as he’s pretty handy 🙂 and now handy for a living, I thought it would be a cool post. I also want to mention that we were in no way sponsored at all for this. I just wanted him to do it because I thought it might be helpful or interesting. So, here it goes…*** 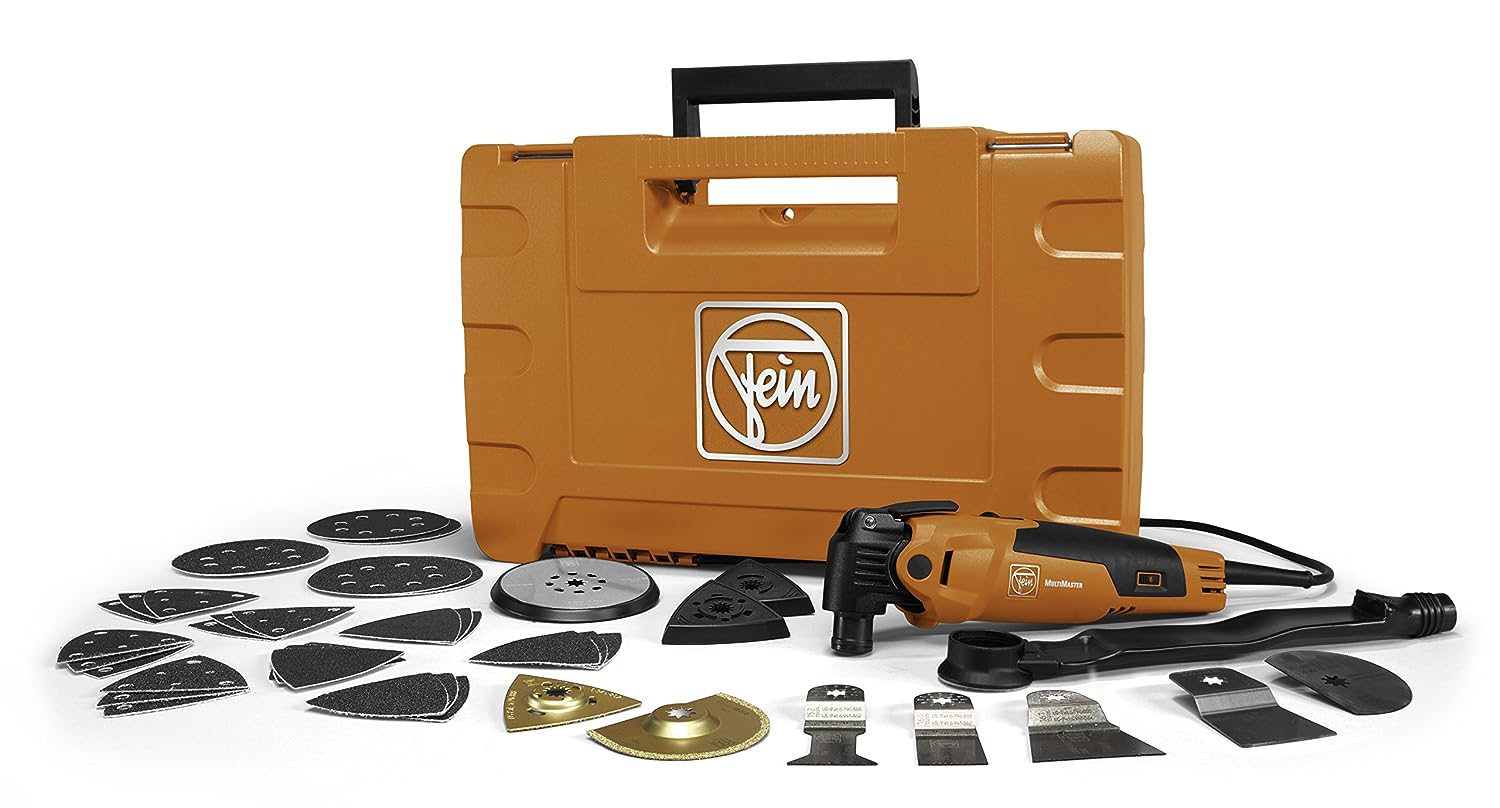 First of all there’s no equivalent, but I have a Makita cordless version and while it’s not as powerful, it’s super useful when I don’t want to break out the cord. Otherwise, when power is needed, the Fein Multimaster (I have the 350Q) is one of those tools that solves a ton of problems. Sometimes it’s the only tool that will do the job and other times it’s the only tool that will get me in and out in a reasonable amount of time.
As an example, today I was replacing a kitchen faucet. The replacement had a larger attachment nut than the original and it wouldn’t fit between the underside of the sink and back frame of the cabinet. After about 5 minutes of cutting away a little excess wood from the cabinet frame the nut was free to spin tight against the faucet. If I didn’t have this tool it would have involved a minimum of 30 minutes of awful cursing and hacking away at the wood haphazardly with a hammer and chisel underneath the world’s largest sink with one arm behind the garbage disposal and my face sandwiched between a drain and hot water valve. Thank god for quality oscillating tools. 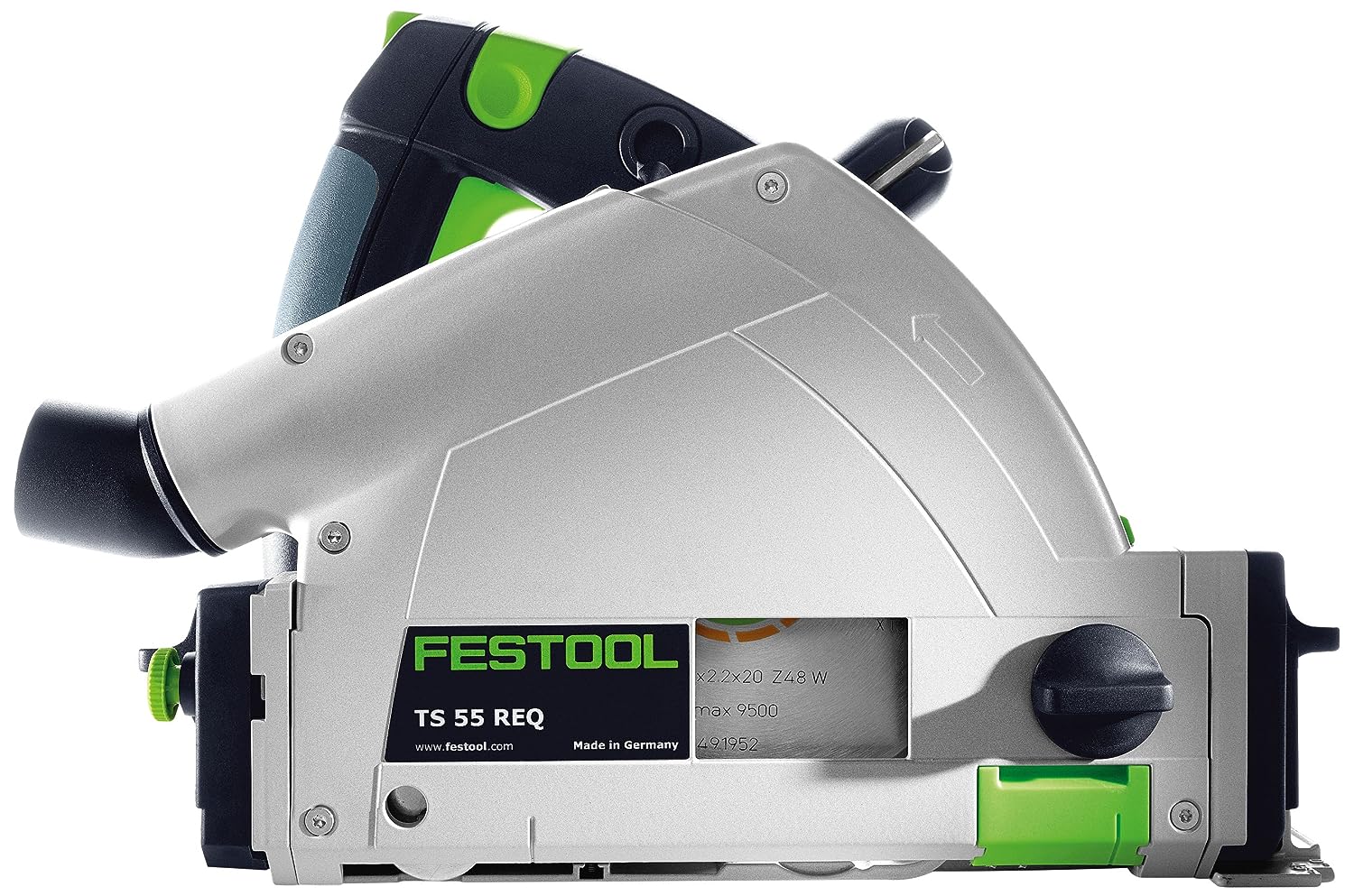 I had to cut the bottom off of 9 doors today. A customer had carpet installed and they didn’t cut down the doors (not sure why, but some installers don’t do this for you). In the old days this job would be done like this: put door on sawhorses, measure 2.25 inches away from bottom of door (1.5 inches for distance between saw’s base plate and blade plus .75 inches I’m trying to cut off) and clamp level to door, tape cut line with blue tape to minimize chipping, make cut with circular saw, unclamp level, peel off tape and put door back on hinges.
With the tracksaw it goes like this: put door on sawhorses, measure .75 inches from bottom of door, place track on door, make cut with tracksaw, take track off, put door back on hinges. Don’t need clamps, don’t need blue tape, and no math required to take into account space between saw blade and base plate. The cut is perfect every time and not having to fiddle with clamps saves valuable time.
If the door is already in place and needs a little trim you can even clamp the track to the door and cut it in place. This speeds things up even more and allows me to fit more jobs in a day which means more money in the bank. The Fein costs about $300 and the Festool TS55 costs about $600 so these tools aren’t for everyone, but they help me stay profitable. A basin wrench, however, is within reach of all homeowners and DIYers.
Being under a sink can be truly awful so I try to avoid spending more time under there than absolutely necessary. There are times when I’m replacing a faucet or tightening up a loose one where a basin wrench is just about the only thing that will work. I use the Ridgid brand wrench and it works well. It has a telescoping shaft that allows you to position your hand wherever it needs to be (above a drain, below a valve, etc.) to tighten those pesky retaining nuts in possibly the worst place a handyman has to work on a regular basis: under a sink. They’re sometimes wet, dirty, smelly, dark, cramped with water supply lines, drain pipes, garbage disposals, water filters, and of course the sinks themselves. 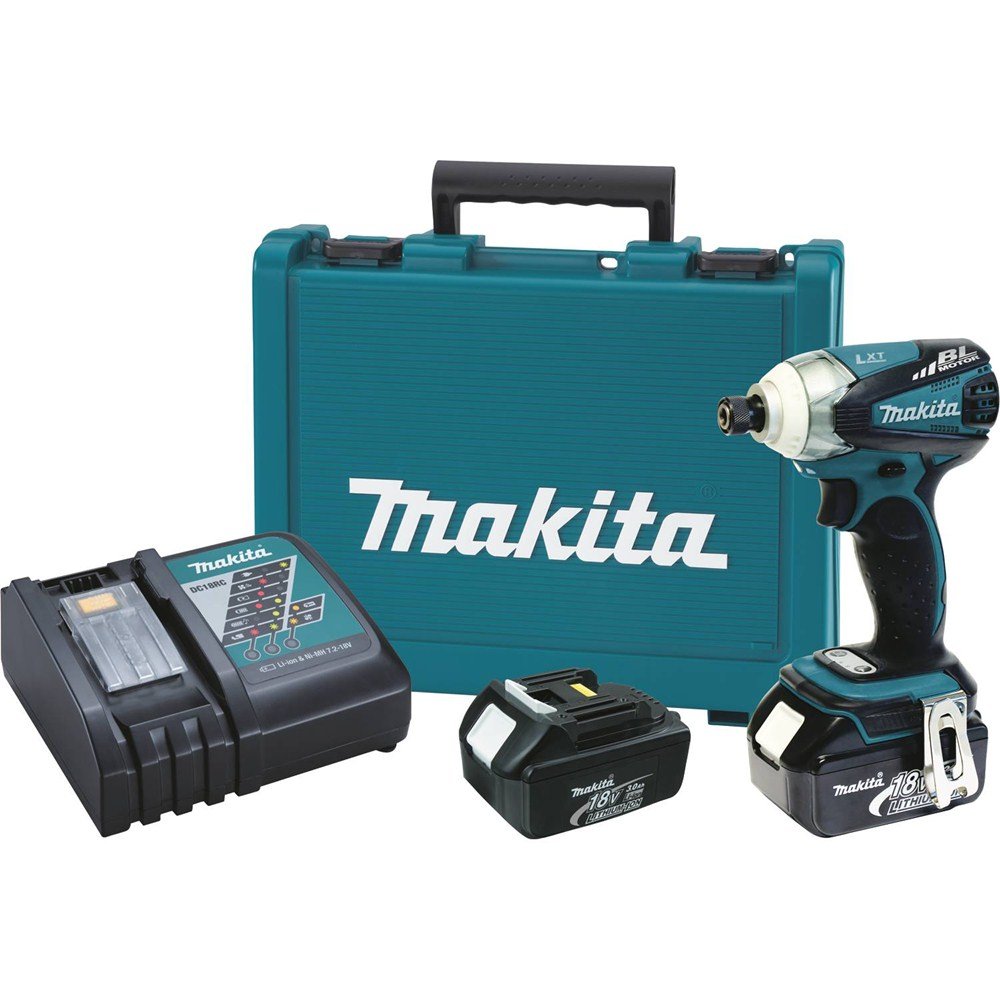 I probably use my impact driver more than any other tool. I use it literally every work day and couldn’t be nearly as efficient without it. I’ve used impact drivers from Panasonic and Milwaukee and DeWalt which historically have been other highly rated drivers and none of them are as good as Makita. The reason I bought heavily into the Makita line of cordless tools (I have at least 15 in total) begins with the impact driver. It has the shortest nose of the impacts I’ve looked at, it was the first maker I know of to have the LED light stay on after the trigger was released (a nice feature), it has 4 driving modes for increased control, it has more power than any of the other models I’ve used, and it has the best feel of all of them.
I was disappointed by the Milwaukee impact because that’s usually the one that competes best with Makita, but it was underpowered, louder than the Makita, and not as balanced. The Makita just makes my day, everyday. Strong enough to drive lag bolts, small and delicate enough to drive cabinet hinge screws without stripping them.

Costs about 3 times as much as most other models, but it’s better in every way and so you pay extra for the best. It’s very durable. The handle can be turned around in just about anyway you want thanks to the two way adjustability. It’s slim. It locks the bit in place with the locking sleeve. All these features make for an attachment that earns its keep those few times when it’s the only tool that will do the job.

« Merritt: 5 months
We Upped the Budget »