This past Sunday Zoe hit the 4 month mark, yay! 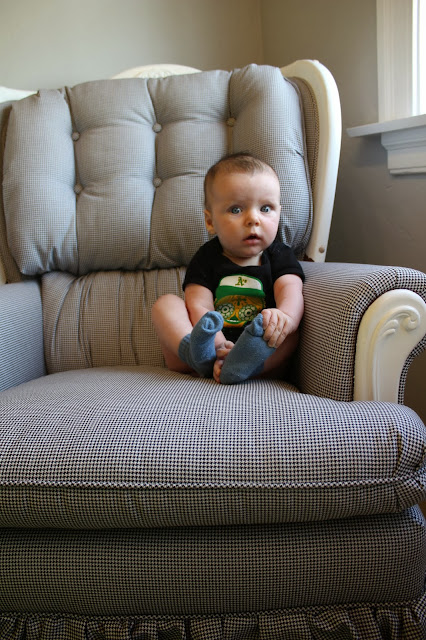 She sure is getting big. And cute 🙂 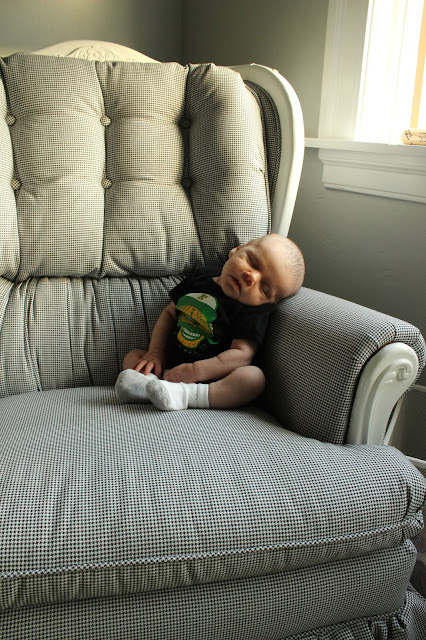 I still see a lot of similarities in her face, but she’s definitely looking a lot more like an official baby now.

This month was the month of feet, rolling and putting anything in her mouth. She discovered her feet a little while ago and now they are just about the most exciting thing to her. It all started with getting her diaper changed and she would grab and pull at them, but then it turned to fun in her rocker, while on the ground, sitting in our lap. She likes to use them to help hold things too which is pretty hilarious to see, she’s like a little monkey. The first time one of them made it into her mouth she laughed. Cutie. 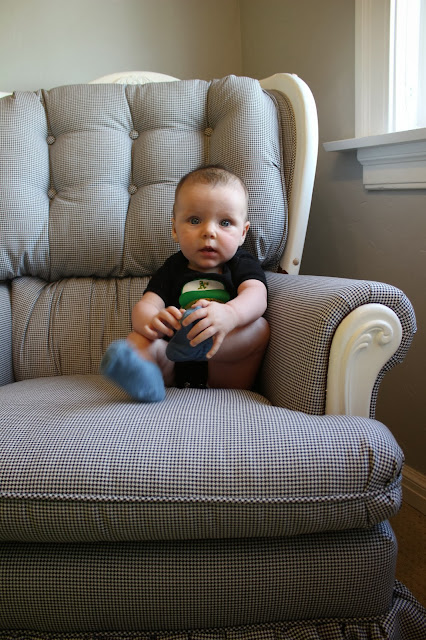 Rolling over towards the end of September. First it was tummy to back. She would get her head up so high to try to stare at the TV over the little fort we put over her so she can’t see it that I think the weight and size of her head just kept carrying and it made her roll over. Now she does it pretty consistently whenever she’s having tummy time, so I’m pretty sure it’s not an accident at this point 🙂 Back to tummy started a couple days later. She gets over on her side a lot but sometimes has trouble making the full roll onto her belly and she grunts and heaves a lot to try and get there. Working hard little one, that’s what we like to see 🙂 A couple times she’s seen a redwell (for some reason she really likes them) and has rolled to get it. I thought that was pretty cool.

She’s has been a little gabber ever since the end of two months and that continues. Chatty chatty chatty. She might take after me with that one 🙂 Chatting, raspberries, drooling, shoving things in her mouth – some of her favorite pastimes lately. The raspberries are funny because she’ll make a really good one and look quite pleased with herself. Most of the time it’s just spit everywhere though 🙂 Which leads us to thinking that she’s teething. That and the fact that anything she can get in her mouth she gnaws on. It’s always gnawing on the back and side, so I’m not sure what that’s about 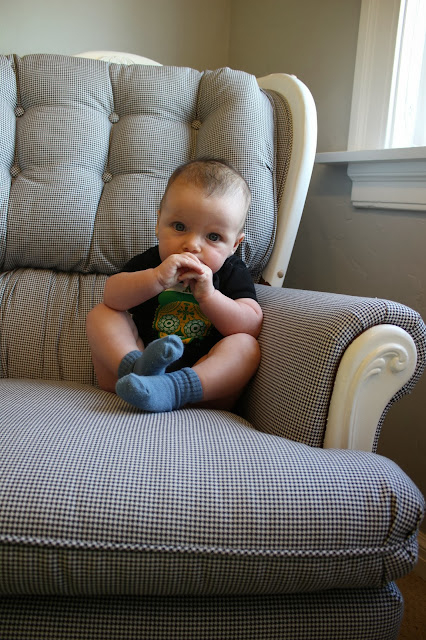 She continues to really just love people and new places. It’s amazing. Take that girl to HD or the grocery store and she could just stare at the things on shelves for hours. Those are the moments that she really reminds me of Chris – she gets very serious, quiet and observant, like she’s trying to learn everything she can. She definitely gets her chatty and social behavior from me, so it’s a nice combination of the two of us. If we have people over, she goes to visit one of us at work, or a stranger at a restaurant wants to say hi, Zoe does her best to charm them. She’ll smile and lately she’s been burying her head into our shoulder or neck after. Playing hard to get I guess 🙂

One lame thing this month was a bit of sleep regression, boooo. I hear that’s par for the course though, so what are you gonna do? She was pretty consistently going down with us at about 10-10:30, wake up between 2-3 to eat and again between 6:30 and 7 to start the day. Now we’ve started trying to put her down earlier (around 8-8:30). Sometimes it works great and sometimes she’s not happy about it. Either way we’re working on it. But lately the nights have been touch and go. Sometimes it’s great and we get that one wake up (hooray!) and other times (much more frequent now) she wakes up about 3 times. It kind of sucks. I try not to feed her every time because I don’t want her to need that to get back to sleep whenever she wakes up, but I also don’t want to hold out and not feed a hungry baby. So I just feel it out each time she wakes up 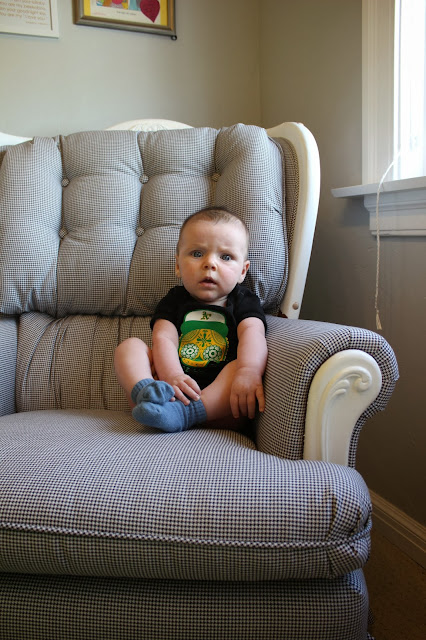 Life with Zoe continues to get more and more fun. She’s starting to play and interact with us more and more and that’s really exciting to be a part of. Love you stinky!

« Thank You Sarah
Picardy Poll: Should Faux Drawers Have Hardware? »