I am SO FUCKING HAPPY to finally have done this project. A year ago I wrote a post about my go to sources. I confessed that while I subscribed to several home and design magazines, that I didn’t really look at them much. At the time, the pile of magazines I had to go through was only this big 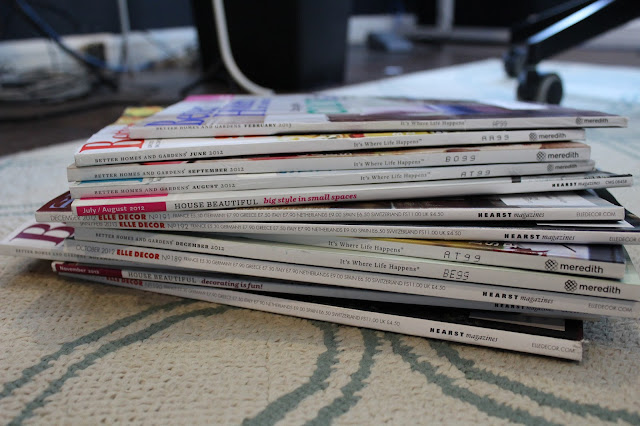 But you can imagine that in the YEAR since this post was written, that pile got a lot bigger. And I found the prospect of looking through them very daunting. But I knew I had to actually get around to it. I also knew that while there were a few things in each magazine that I might like, for the most part the rest of the magazine could just be discarded because I didn’t want it wasting shelf space. I resolved that I would go through my whoooollllleeee stack of magazines and cut out the pages I found helpful or inspiring, and then trash the rest. Sure, that’s basically what Pinterest is for, but I find I use Pinterest the most when I have a specific idea or project I want to work on, but that these pages I saved would be ideas for later – things that might eventual inspire me to work on a project, or try a new paint color.

So I spent many evenings after Zoe went to bed leafing through my magazines. I must confess, over 1/2 of the magazines didn’t get one thing ripped out of them. And that made me feel like I wasted my money. But the truth of the matter is that I don’t feel very inspired by photos in magazines because the spaces and rooms and projects feel so perfect and unattainable. And even if they were attainable, I don’t think it’s a lifestyle I necessarily want to live. So most of what got cut out were paint colors I liked, cool organizing ideas, or projects I might want to try and tackle later. 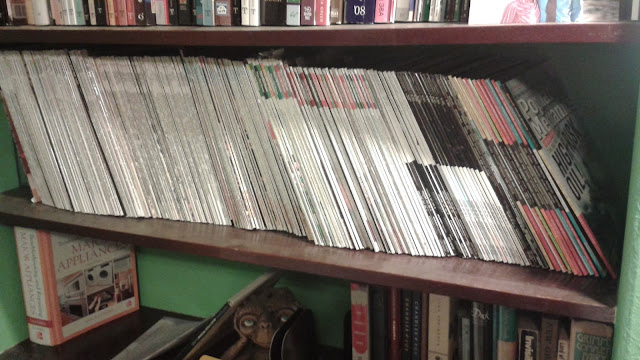 Chris saves most of his magazines, but had decided he didn’t want to keep saving his This Old House’s because he just didn’t find them as informative as some of his other trade magazines. Now, don’t worry at all, Chris still LOVES TOH the TV show (and we have about 9 season pass – seriously), but he felt like the magazine was more for homeowners and not trades people, which is probably perfectly accurate. And with limited bookcase space he had to eliminate one of his many subscriptions (he likes to save them for work reference). So TOH was the one to go. I jumped at the chance to go through them because the projects in those magazines feel much more true to life than House Beautiful. They show the good, the bad, and the ugly. And projects that you can actually complete. So then came the task of going through several dozen TOH’s 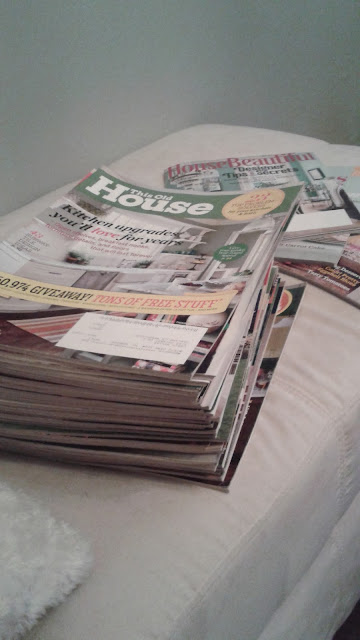 And after I finally got through all of my magazines and all of Chris’, it was time to organize all the pages I had cut out 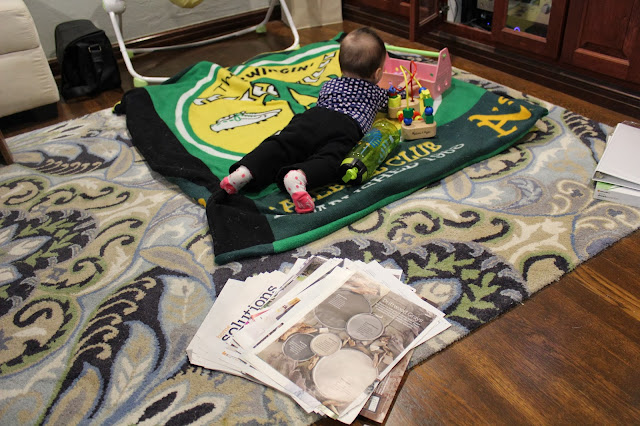 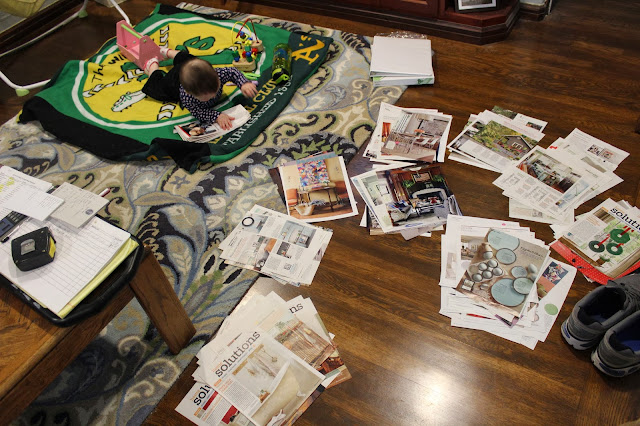 And after they were all organized I put them in sheet protectors. Yes, I am that nerd. But magazine pages are so thin that if they just go hole punched and tossed in, they would rip and tear every time I looked at them 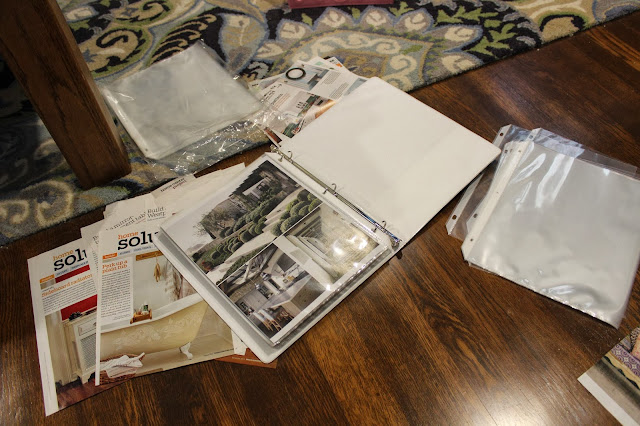 The last step was making labels. Regular binder tabs didn’t work because they aren’t as big as sheet protectors, so they’d get lost and wouldn’t be very useful. Instead, I just cut up an index card… 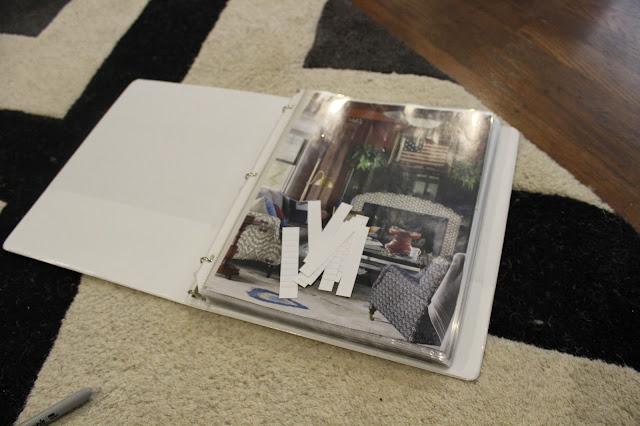 And wrote out a little label for each section 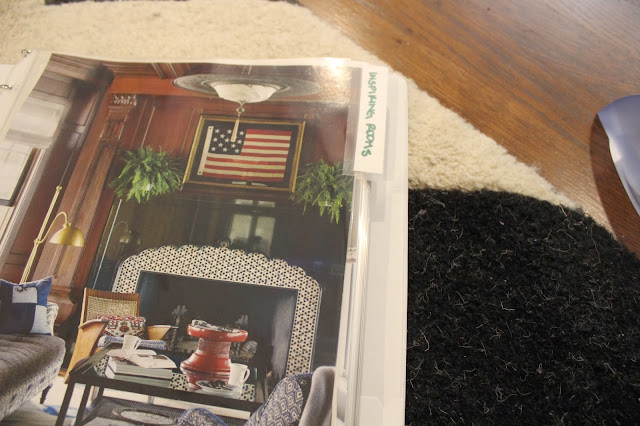 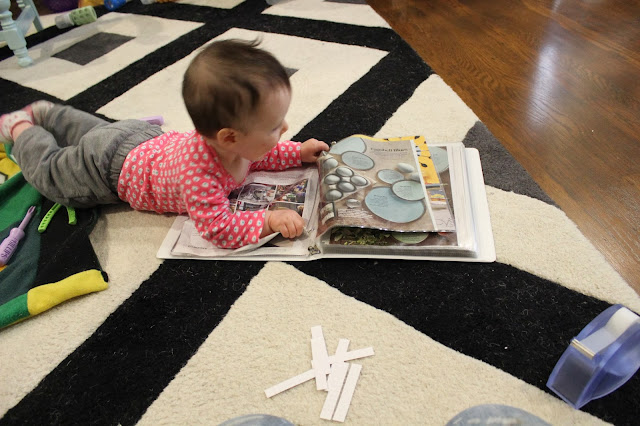 It didn’t take long to label, and soon my giant stack of magazines fit ever so perfectly in a labeled, organized binder 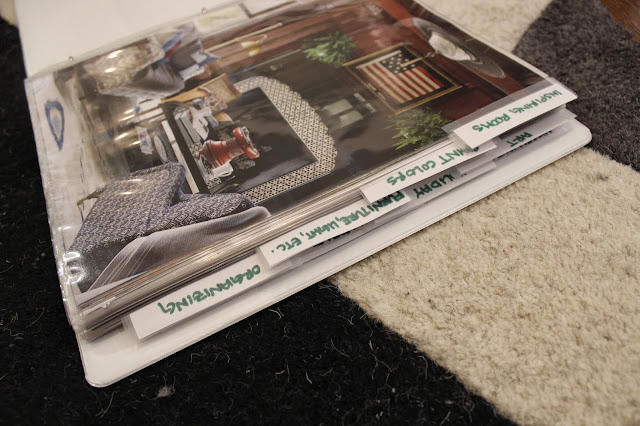 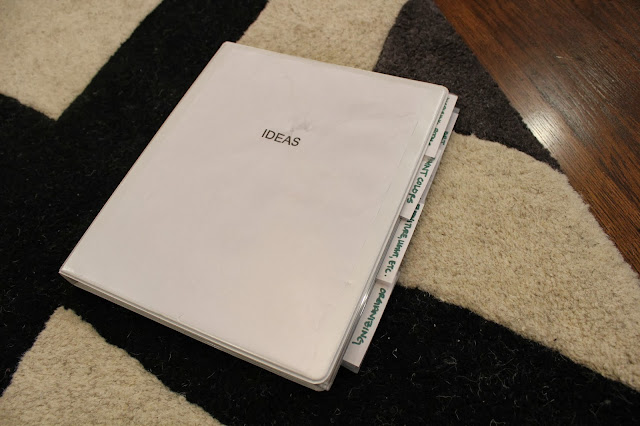 « A Table for the Nook
Admitting Your Mom Was Right »