I guess the time comes with your first child when you have to admit that your parents might be right about something about your baby. I was just really hoping that it didn’t come this early, but alas, it did.

Let me first let you know that my mom is a self admitted hypochondriac and I am someone who never likes to go to the doctor. So we’ve got two ends of the spectrum here

Now, here’s the deal: Chris got sick about 2 weeks ago now. He got sick pretty bad and I was sanitizing things, picking up his tissues with a glove, etc. Normally I’m not paranoid about getting sick, but we were both sick not too long ago and Zoe didn’t catch it and I really didn’t want to push our luck this time. But it didn’t work and I got sick. And Zoe did too 🙁 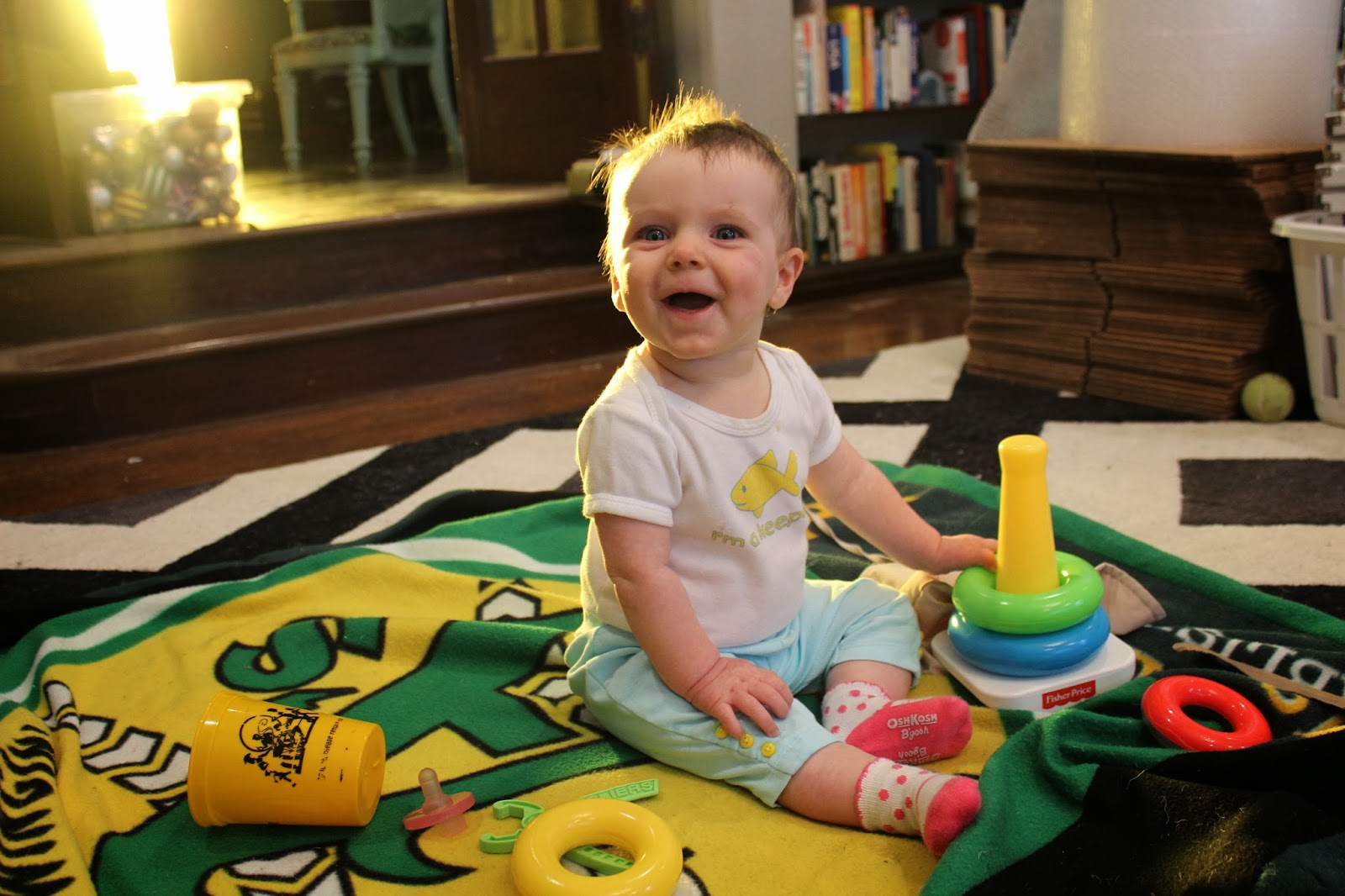 She got a stuffy nose and a cough, but it didn’t seem to bother her much. She was a trooper and would cough during the day or night, but it didn’t really slow her groove. She still played and was in good spirits.

On Monday my mom came to pick her up for babysitting (she usually babysits a couple times a month and once a week some months, yay!) and was a little worried about her cough. In true mom hypochondriac fashion she thought she might have to go to the doctor and in true I’m-never-going-to-the-doctor fashion, I thought she was fine. The cough didn’t seem like it was getting worse, and she was perfectly pleased with herself. So we agreed to disagree.

But later in the day my mom called to check in and say that it seemed like she was wheezing and sometimes she was crying when she coughed. I hadn’t heard or seen any of these things myself, but I took her word for it and called the advice nurse and set up an appointment for the next day. The advice nurse said wheezing was a problem, but everything else there wasn’t much they could do for little babies. If she was in fact wheezing I should absolutely bring her in, but if not, it was best to keep her home.

Zoe came home in good spirits and though I confess I still didn’t hear her wheezing, she had a super tough night and a cranky morning (which is out of the ordinary for her) so I opted to keep the appointment and take her in 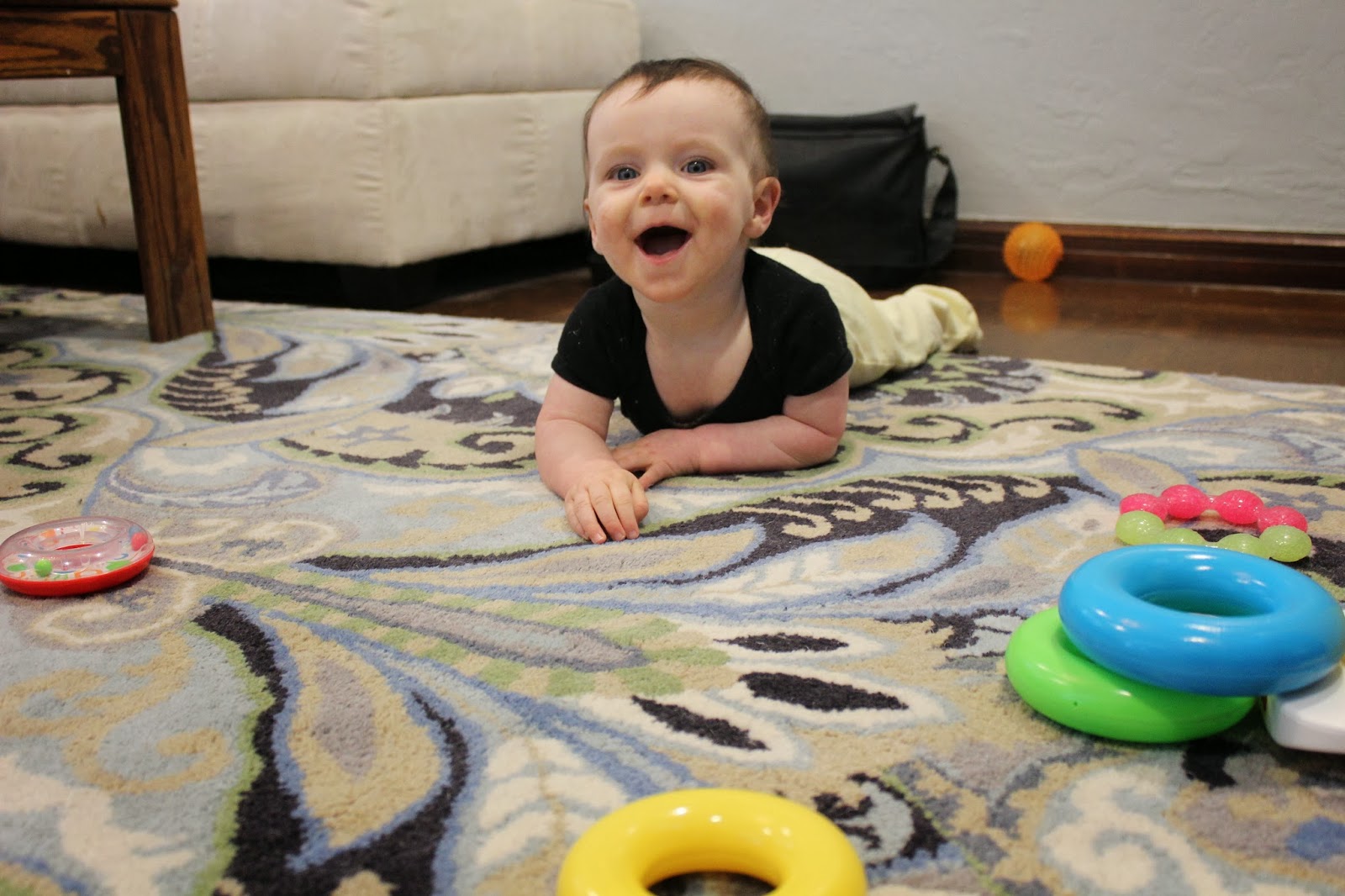 Well, it was a good thing I did because it turns out she has pneumonia! She got to see her normal doctor and he said she appeared to be breathing well and he couldn’t hear obvious signs of wheezing, but when checking her out with his stethoscope he could hear it deeper in her lungs 🙁 Poor little Zoe. And checking out her ears she had a minor ear infection too 🙁 (This is fairly common with colds and babies because their ear canals are apparently shaped different at a young age and fluid more easily gets in them). I felt like a HORRIBLE mom. There I was rolling my eyes at my mom the previous morning thinking she was over-reacting and Zoe ended up having pneumonia.

The good news is that it was caught super early, so it is likely to not get very bad. The doctor could tell how awful I felt and so he said that, on the bright side, it’s great that we caught it early and that she got a mild strain because next time this bug is floating around she will have built up immunities and probably not catch it at all. Thanks doc, but I still felt like shit. And when I called Chris to tell him, he felt like it was his fault because he was the first one sick in the house. We felt awful 🙁

We headed to the pharmacy and got medicine for the pneumonia and ear infection, and also got an inhaler with a little baby mask attached 🙁 The doctor said she might scream or yell when taking it (1 puff with 5 breaths done twice every 4-6 hours), but so far she’s actually been pretty good about it. Into day 2 she was starting to think it was a toy and even laughed a little when we gave it to her one time. Giving it to her in the middle of the night results in screaming, but I can’t really blame her on that one 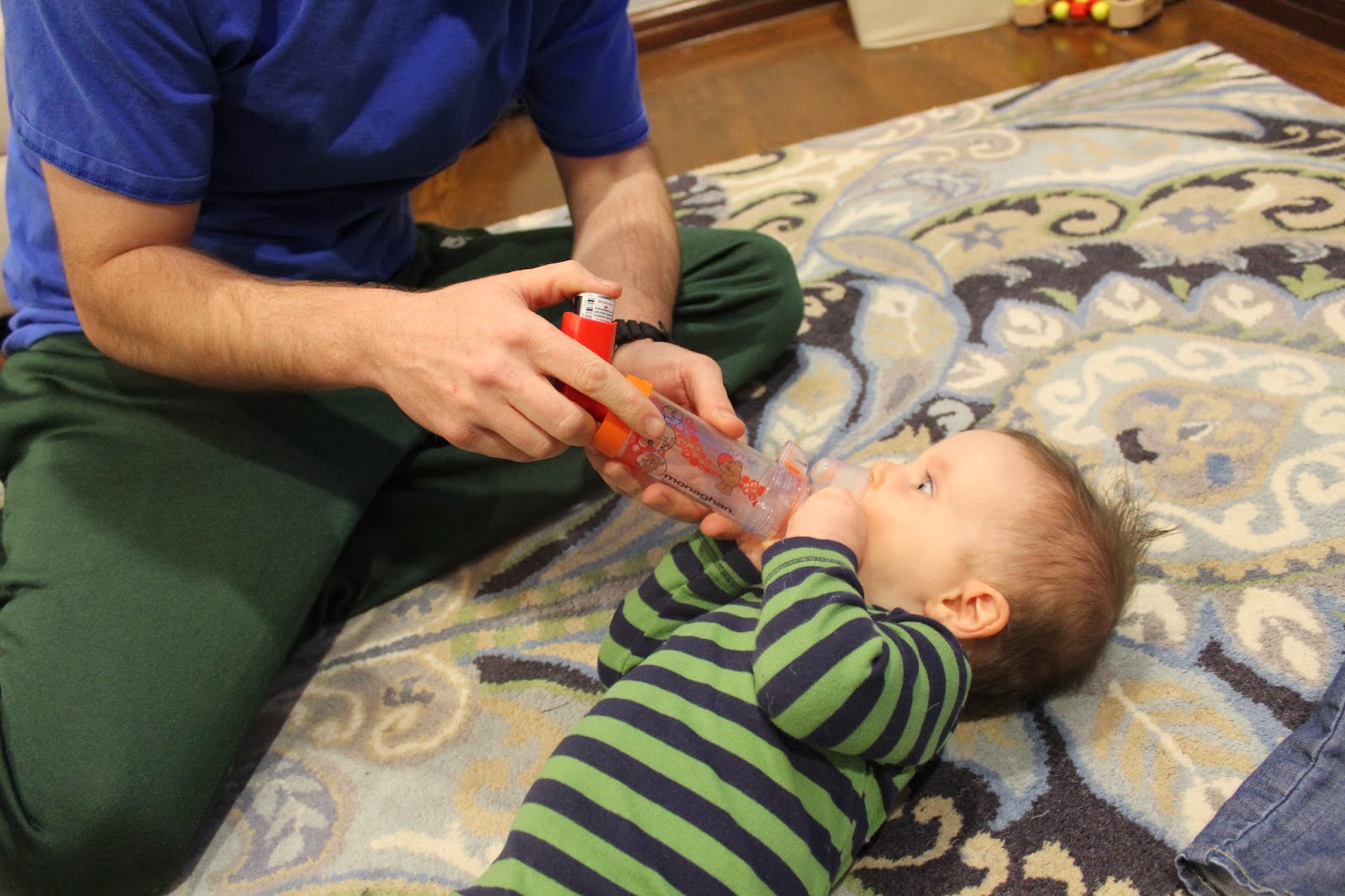 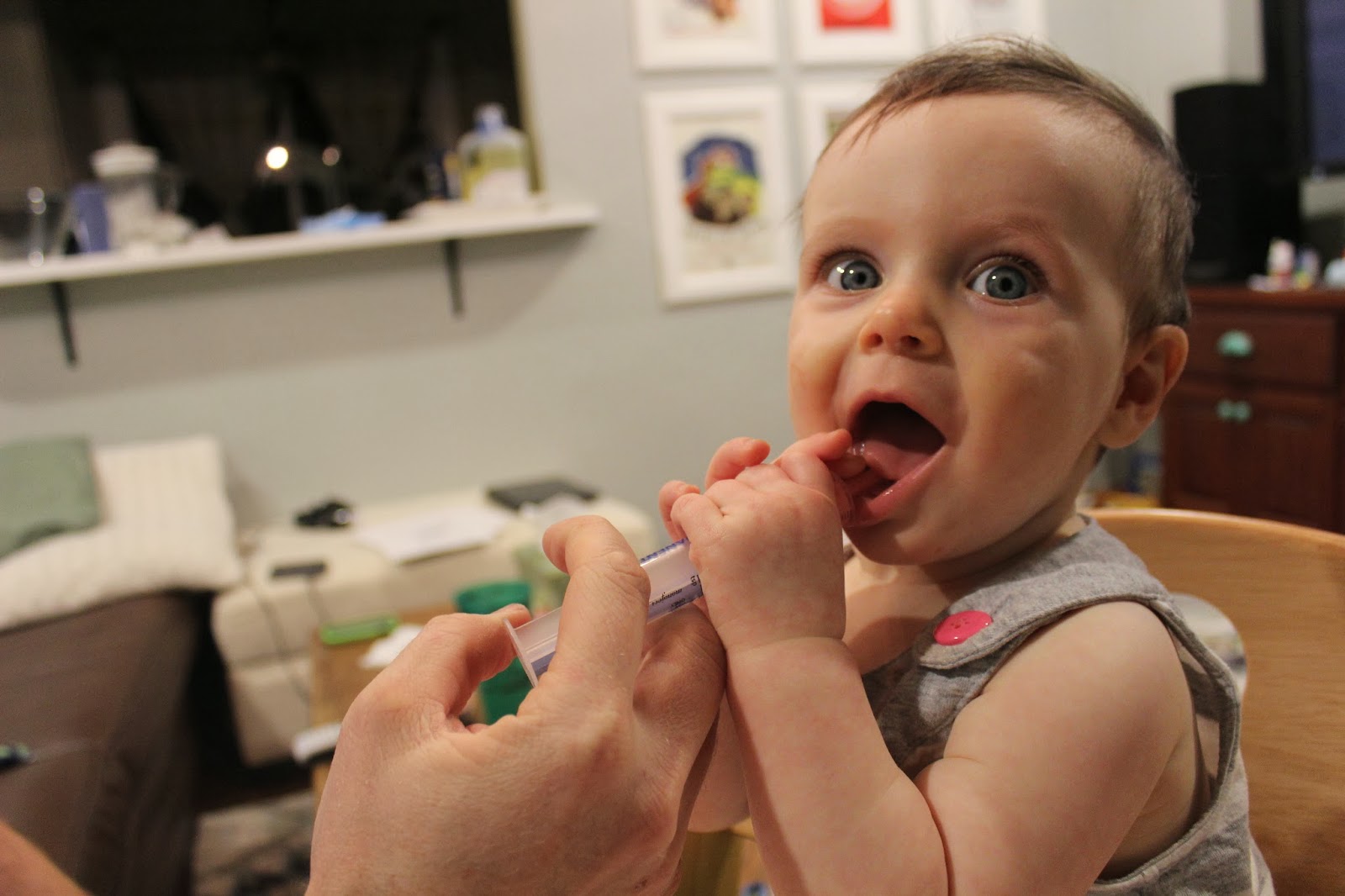 I feel SO BAD that I was just dismissing her cough thinking it was nothing and clearly it’s something. Ugh. That’ll be something she probably thinks is hilarious when she gets older. And I jokingly told my mom that I wondered if Chris and I could keep it a secret her whole life that she ended up having pneumonia so I wouldn’t have to admit that she was right and I was wrong, ha! The good news is, my mom thought it was funny that she was right and I was wrong and didn’t rub it in 🙂 Thank goodness 🙂

The other good news? Zoe is just happy as a clam still 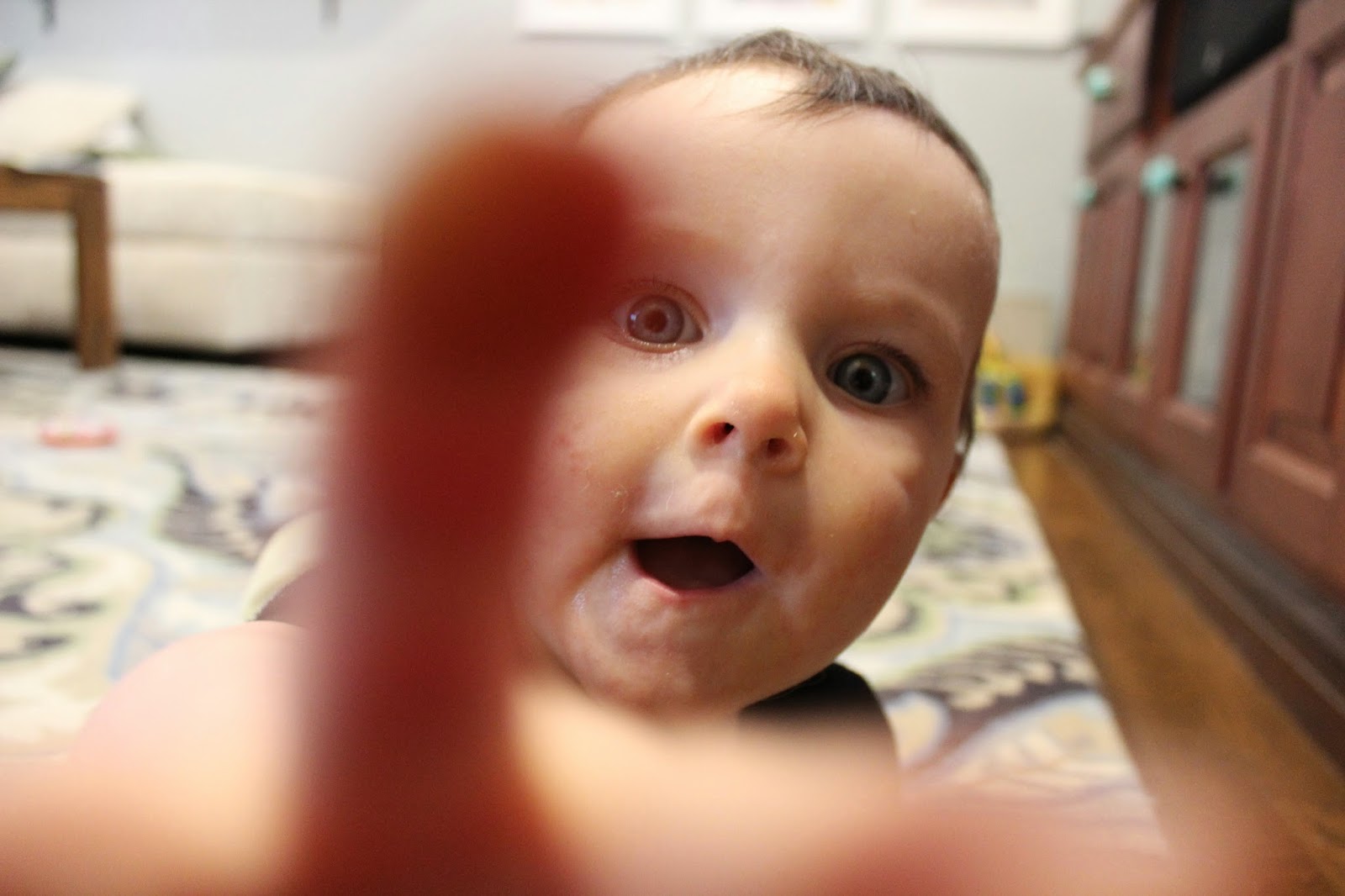 Being sick doesn’t really seem to bother her during the day. The nights are a bit tougher (combined with possible teething, but who really knows), and she doesn’t get as much sleep as she should. So during the day I’ve been snuggling with her trying to get her to sleep more instead of her standard 30 minute naps in hopes that she gets at least somewhat adequate rest. And we’ve been taking it easy, not running as many errands or being out and about as much. Trying to make sure she gets enough R&R. But really, she just still wants to play and play 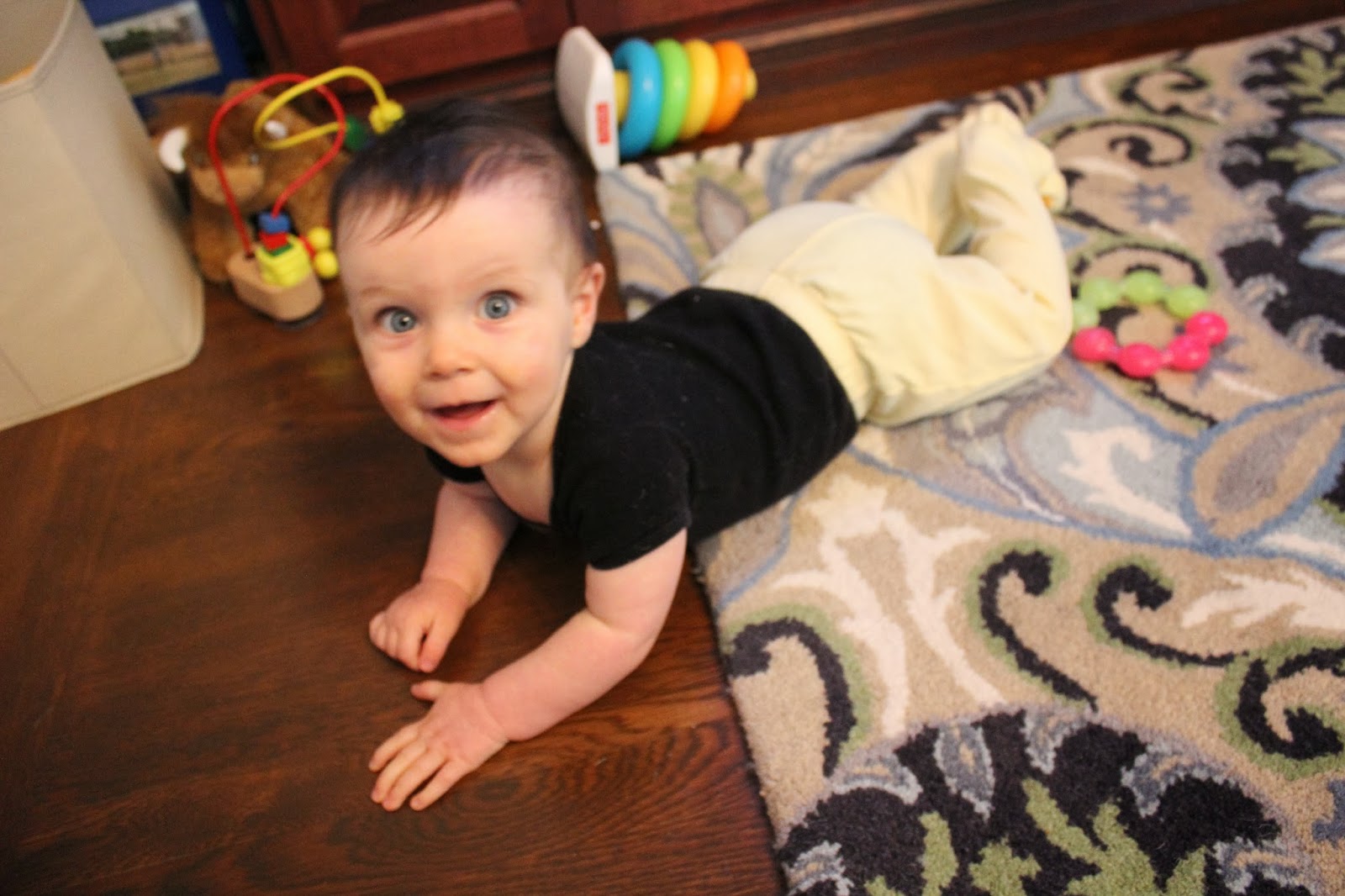 I guess that’s really a good thing. She’s playing and eating just as much as normal… 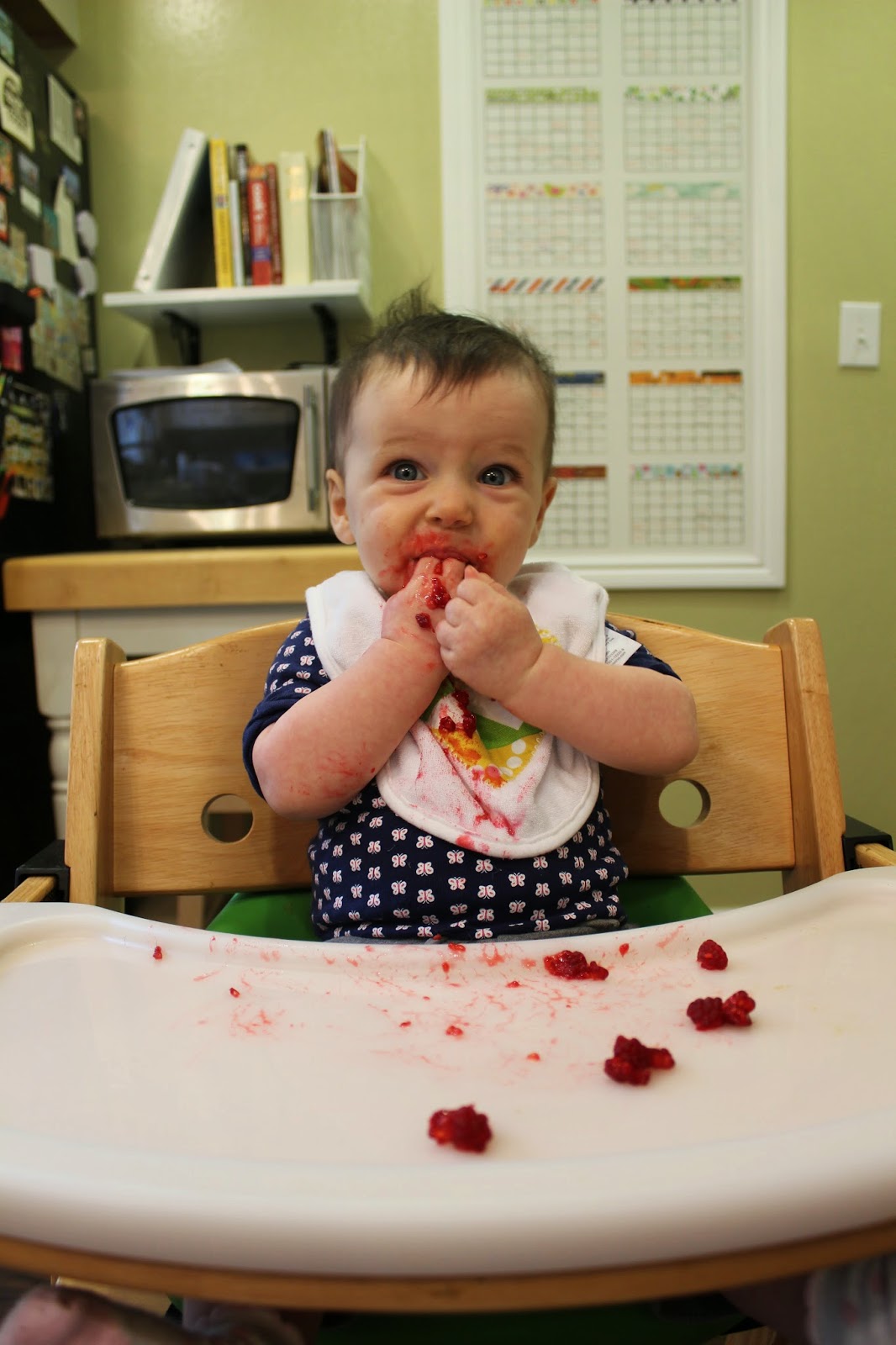 …so I’m glad it’s not bothering her too much. And plus, who doesn’t love some extra snuggle time, right? 🙂

So there you have it – the first (and only, damnit!) times I had to say: “You were right, mom.” Damnit. I did start my phone call to her with, “I just want you to know how mature I am that I’m making this phone call to you…” Those parents, I guess they really do know something, huh?

« 2 Fat Stacks of Magazines Gone
Another Bathroom Redo – Don’t Worry, it’s not Ours »