Chris and I got to work on a pretty cool project – designing and helping to remodel a teeny tiny janitor’s closet into a bathroom at a restaurant my family used to go to almost every single weekend in downtown Berkeley. Chris has been working there as their handyman for the last several months and the owner mentioned he wanted to redo one of the bathrooms (he has two and it gets REALLY busy on the weekends) and so he asked if we would help design the redo. Why, yes, yes we would!

So I met with him a couple times while I was still pregnant and came up with an idea of what would work for him. The place is a even mix of traditional and modern, so I wanted to make sure I could combine the two enough to fit his aesthetic.

Wanna see what we were working with? 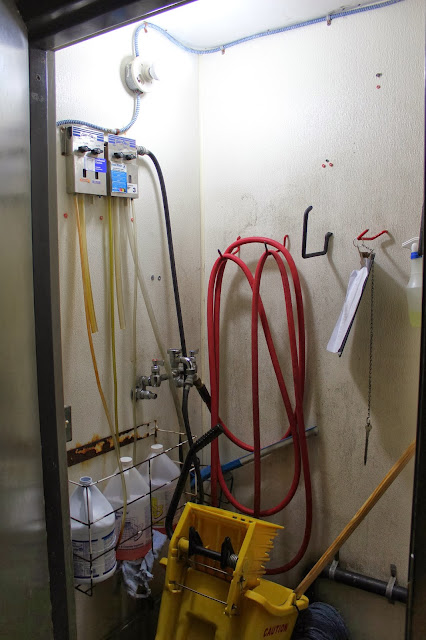 Yup, that’s a teeny, tiny janitor’s closet. And it was gross. The space was a challenge to design and even more challenging to work in.

I gave him my list of materials a couple weeks before Zoe was born and we riffled off many emails back and forth. Other things came up for the restaurant and remaking this space into a bathroom got put on the back burner for a little while. But a couple months ago Chris started working on the space. While working on his full time day job Chris spent as much time here as he could, but some of the other work got farmed out to other contractors (namely the tile and plumbing) in order to complete things in a timely manner – construction going on in a restaurant can be a tad inconvenient.

But Chris worked away doing the demo, framing, wiring for electrical, painting, and doing a bunch of the finish work. I was sadly absent for most of the work. A newborn will do that to you. I felt pretty bad about, being hired as the designer and all. But Chris was an excellent go between and just a couple weeks ago I finally made my way over to see the finished product 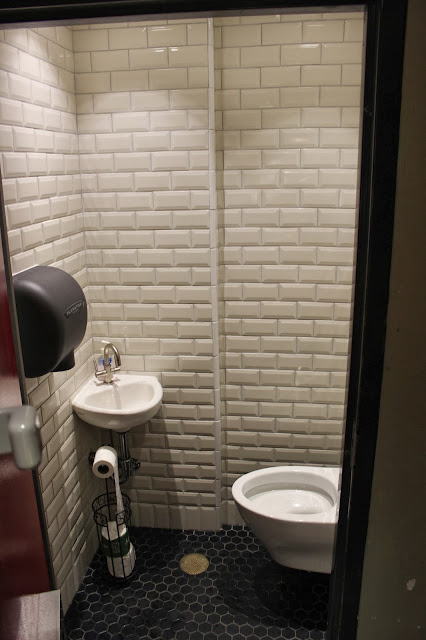 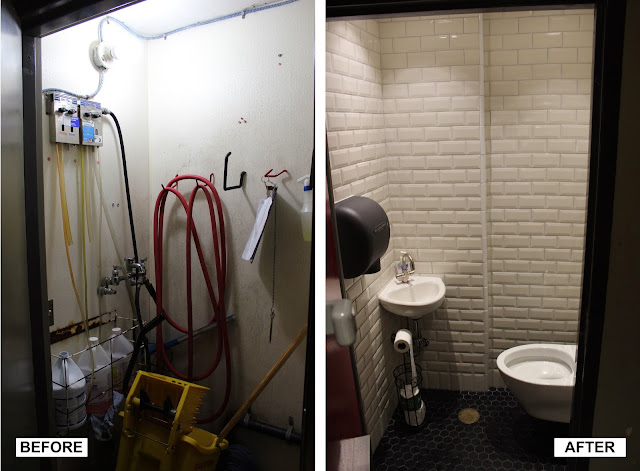 It was a lot of hard work, but it looks fucking great! I’m so proud of Chris for all of his hard work. And I don’t think the design is too shabby either. Now, off to starting the other two bathrooms they have! 🙂

« Admitting Your Mom Was Right
Christmas Stockings. In January. »