Saturday we checked two things off our insurmountable goal list: finishing installing the backsplash and going to the football game. Good Saturday.

Saturday night’s game was the Causeway Classic, the annual football game between rivals UCDavis and Sac State. Chris graduated from Davis and I went for two years. The new football stadium was built a few years ago and Chris and I have been wanting to go for a while, so we figured the rivalry game would be the time to go see it. It was QUITE a game. A friggin’ tornado practically blew in and the game was postponed due to lightning 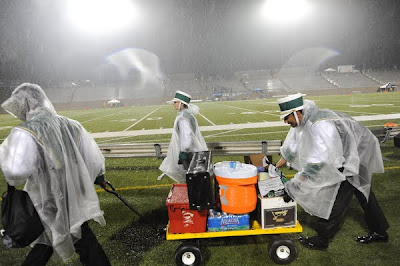 We left at halftime because they didn’t notify people what was going on and Chris and I were SOAKED. We went to dinner with some friends and when we got home we found out they had resumed play about 30 minutes after we left, but there was only one score in the rest of the game. So we didn’t really miss anything. I felt bad for the players for having to play in that mess though 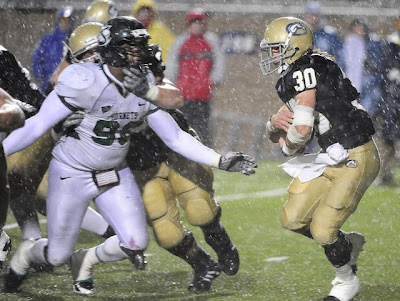 Davis won by a field goal. (photos courtesy of the Sac Bee)

Now on to house stuff.

In the few hours before we left we were able to get a lot of tiling done, which was very exciting.

Here’s where we started 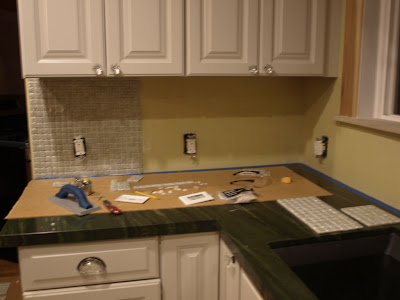 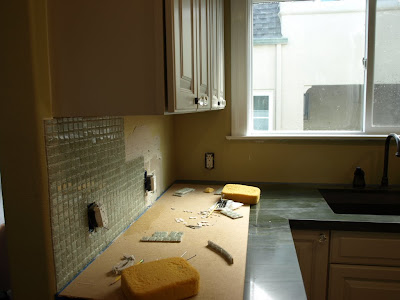 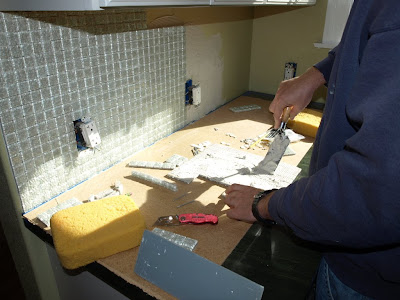 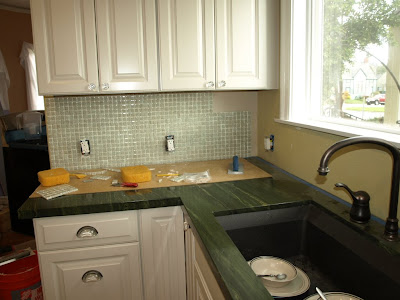 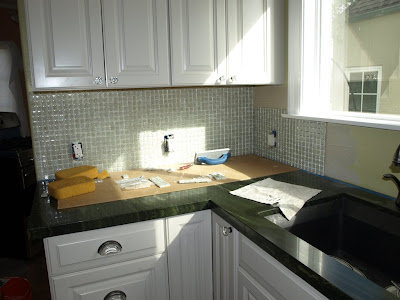 Spreading the thinset behind the faucet area was a little difficult 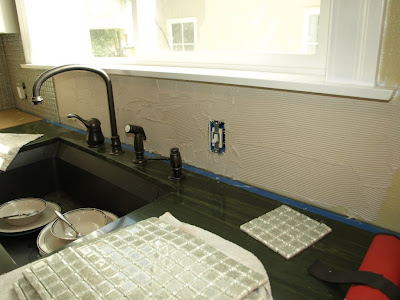 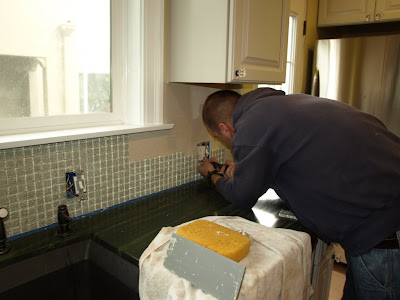 And by the end of the day we had FINISHED! 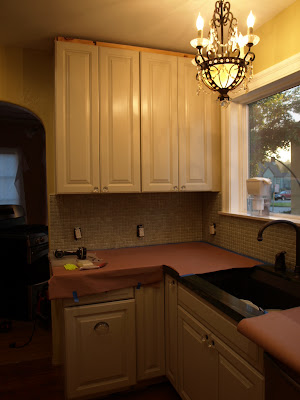 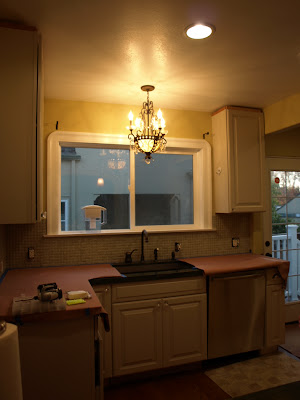 « An Insurmountable Goal?
A Wall Calendar »