So, it was my goal to get our stockings made in time for Christmas, but that totally didn’t happen 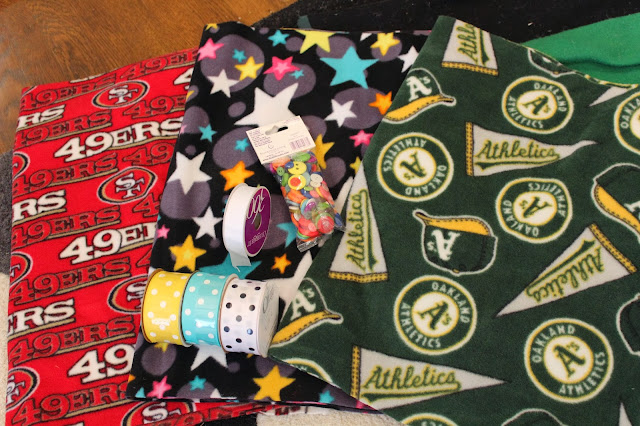 I did start them in November though. So that counts as something, right?

I started with Chris’ 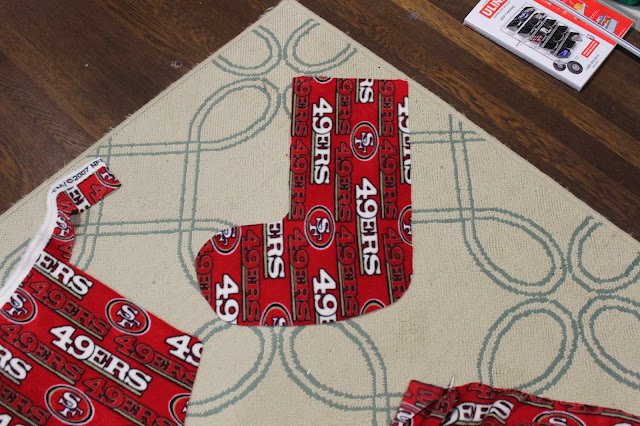 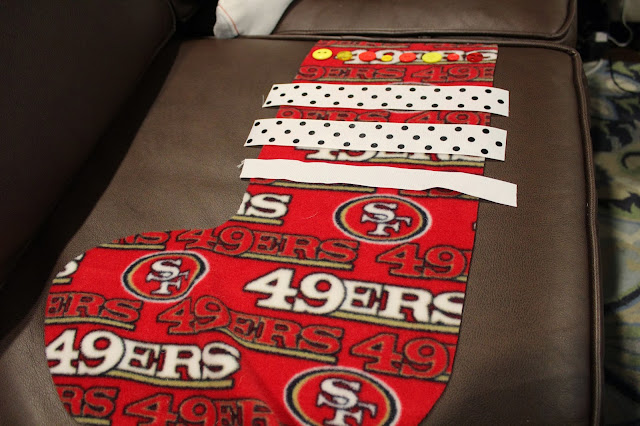 I worked on it at night after Zoe went to bed and we were hanging out on the couch watching TV. But I found that I wasn’t super motivated to work on it. I find that’s the case when I’m not super inspired by an art project. I got to this point and was just not feeling it 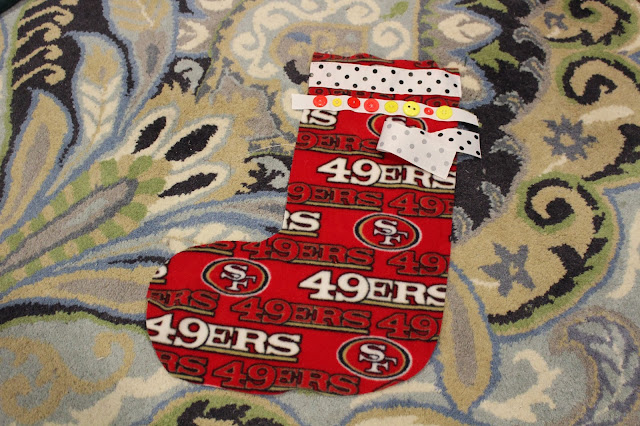 It just looked too crafty. Now, let’s not be confused, this is a craft project. But you know when it just looks toooo much like a craft project? Yup, that was happening. So I resolved to scrap it, and start over. For some reason I thought a striped pattern might look cool, so that’s just what happened. This… 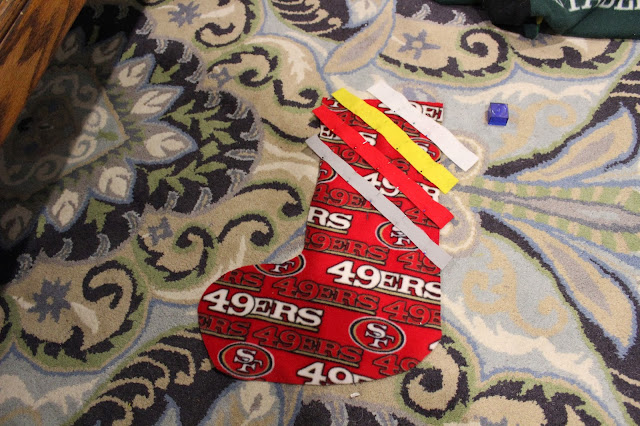 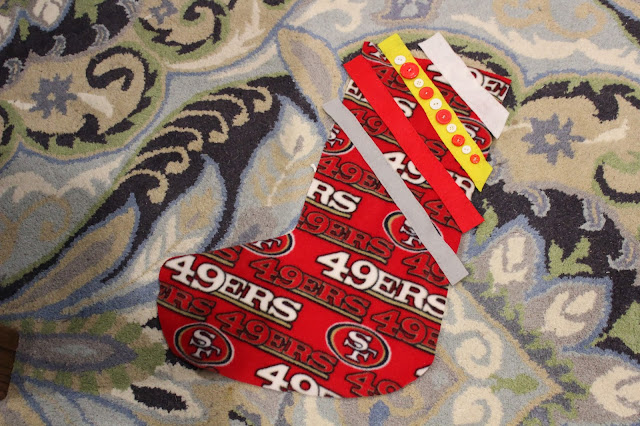 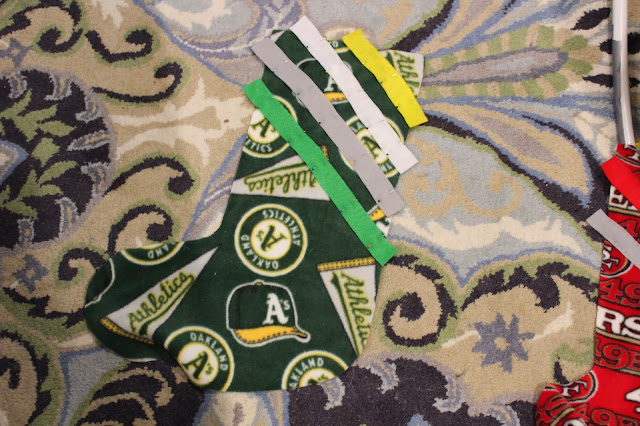 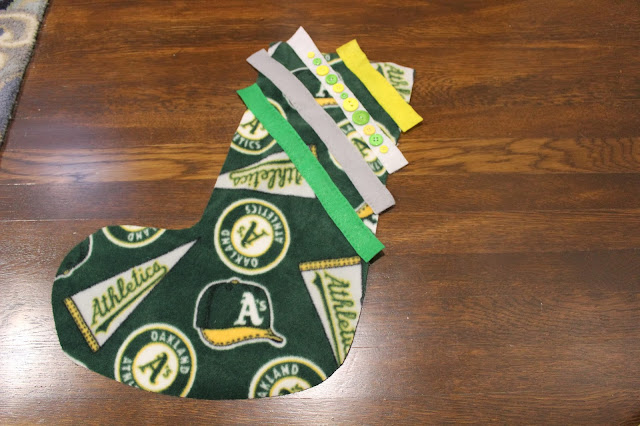 And Zoe’s went from this… 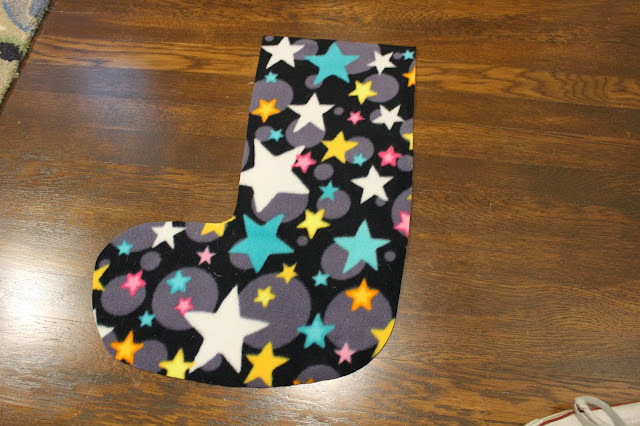 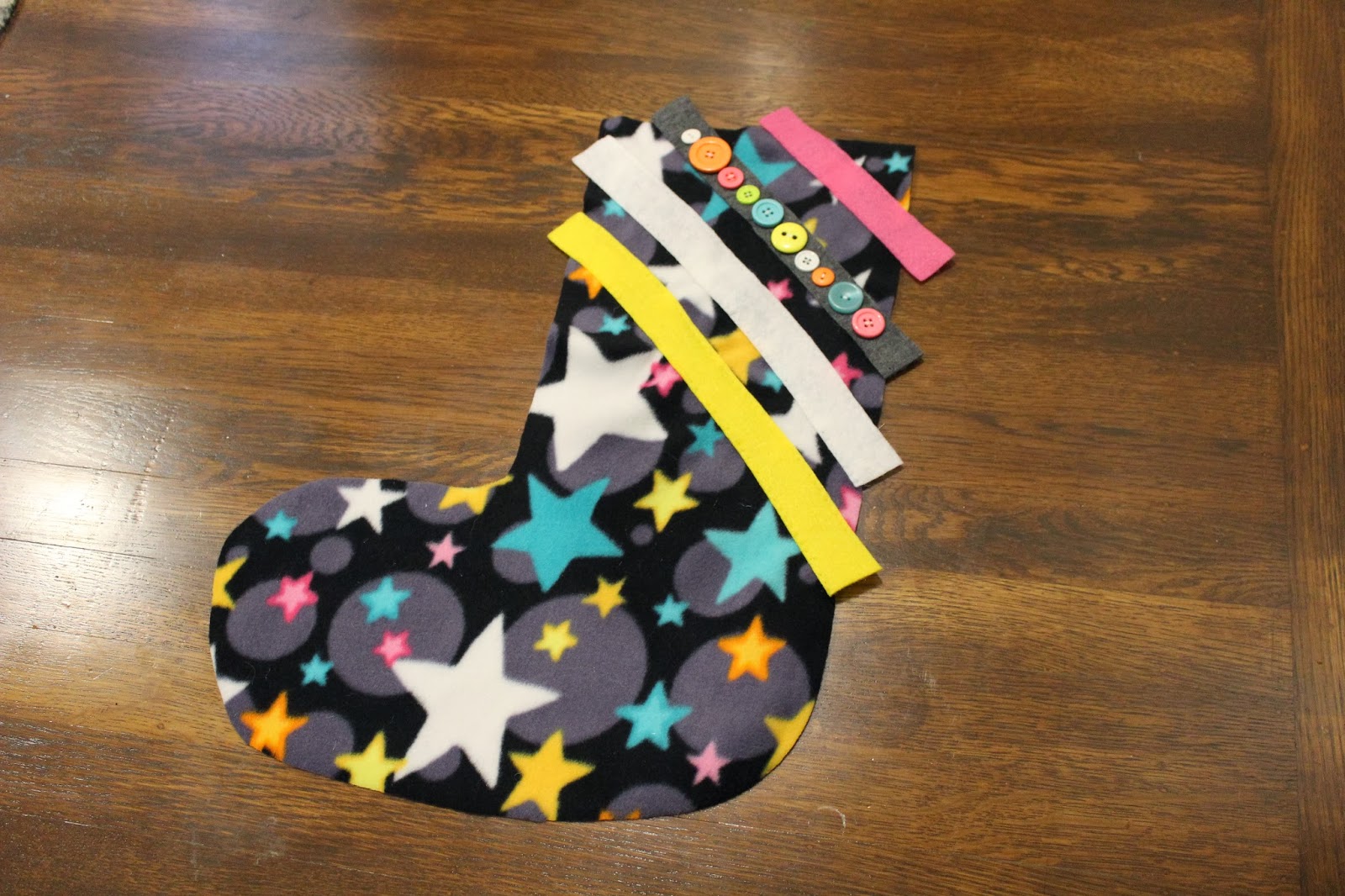 But I wasn’t done there. I wanted to add our names. So I cut out some letters out of white felt… 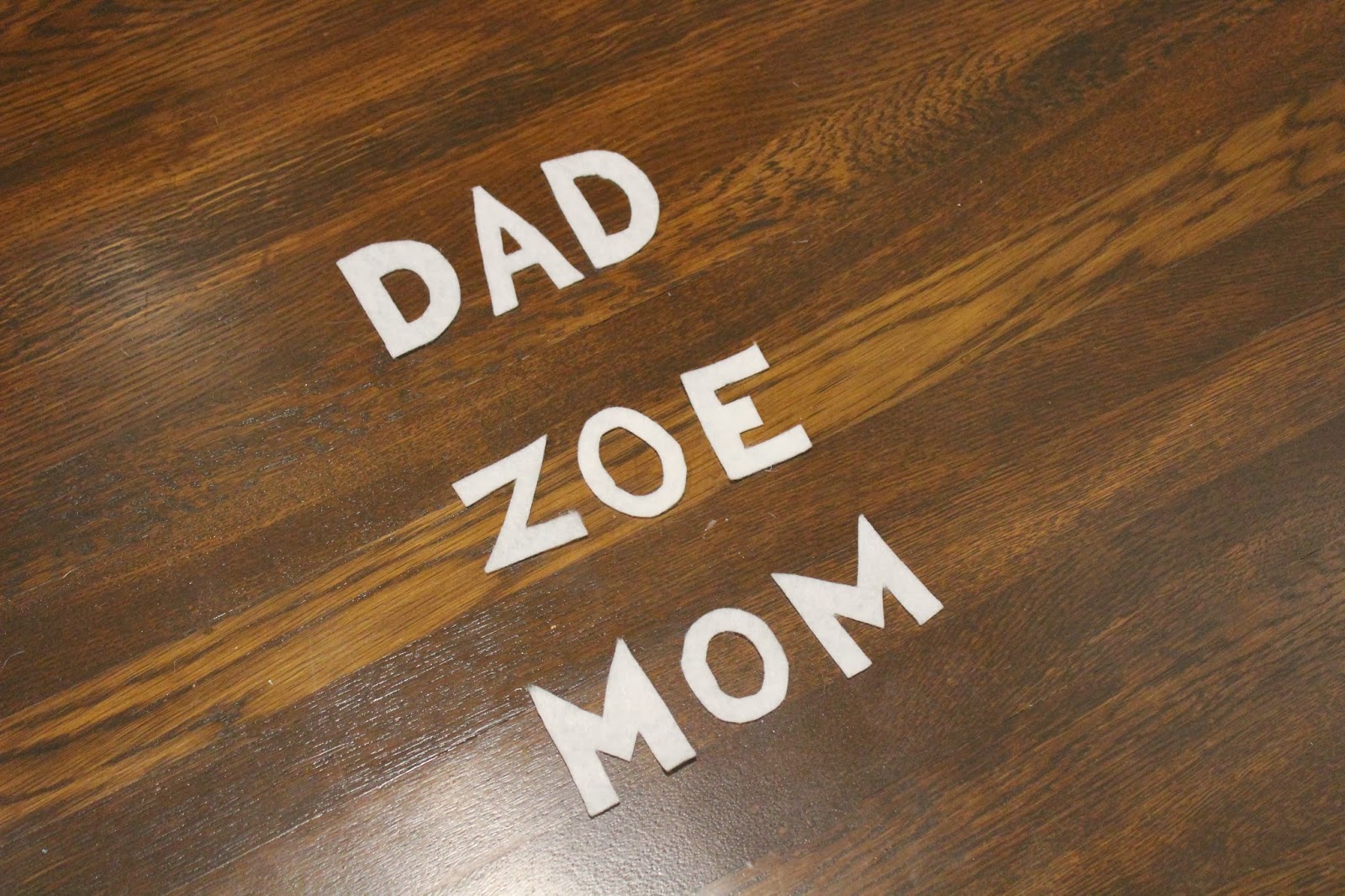 And got to sewing them on.

After that was done, I was finally on to the last steps. I lined them with some leftover fabric I had from other projects 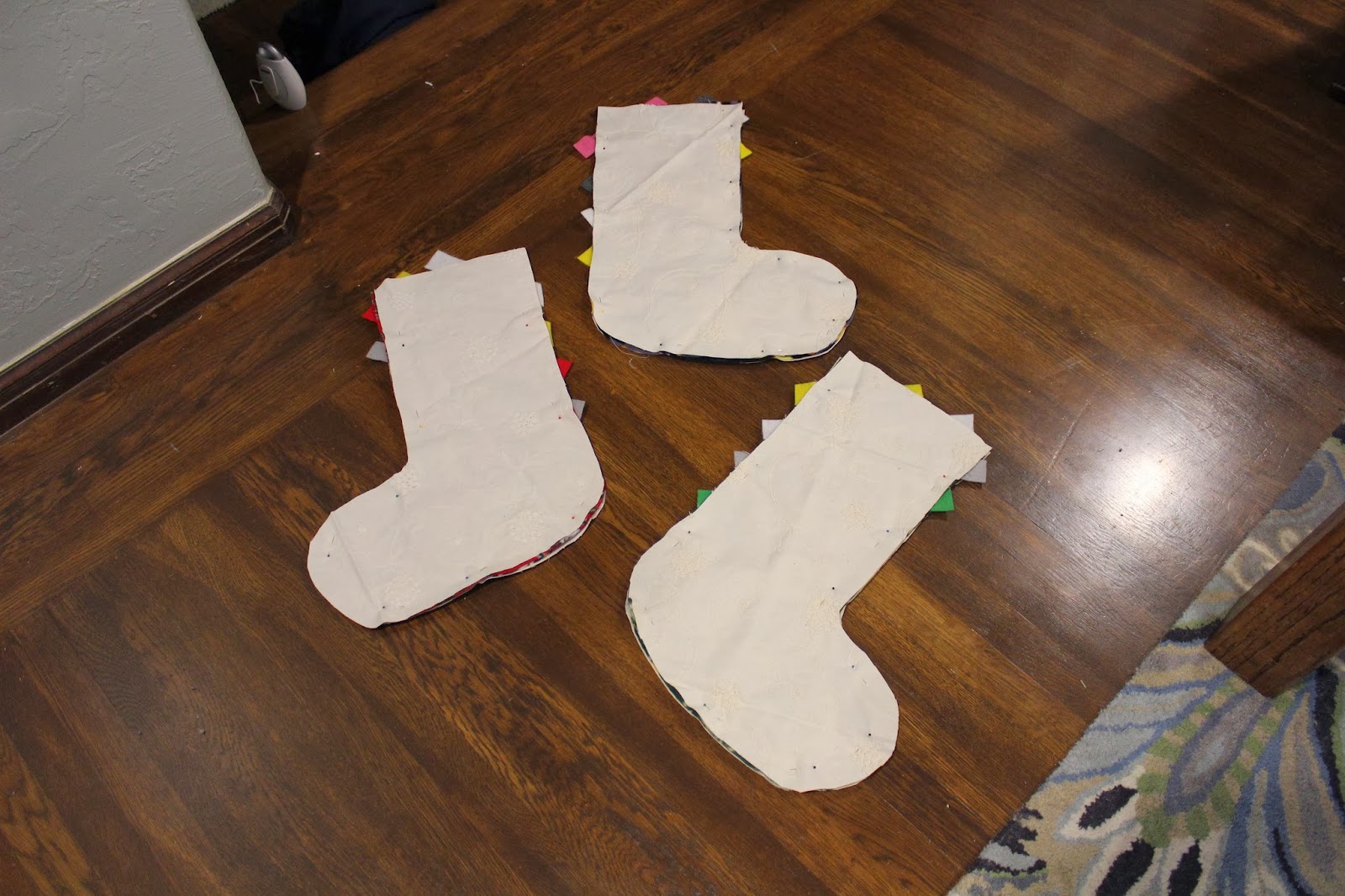 I lined them because I wanted to give them a little bit of stiffness so that eventually when we do hang them up they don’t hang limply, but instead have some structure to them.

The last 2 steps were hemming the top and then sewing on a little loop at the top so that they can hang. And then! after many, many, many (seriously, embarrassingly many) hours, they were done! 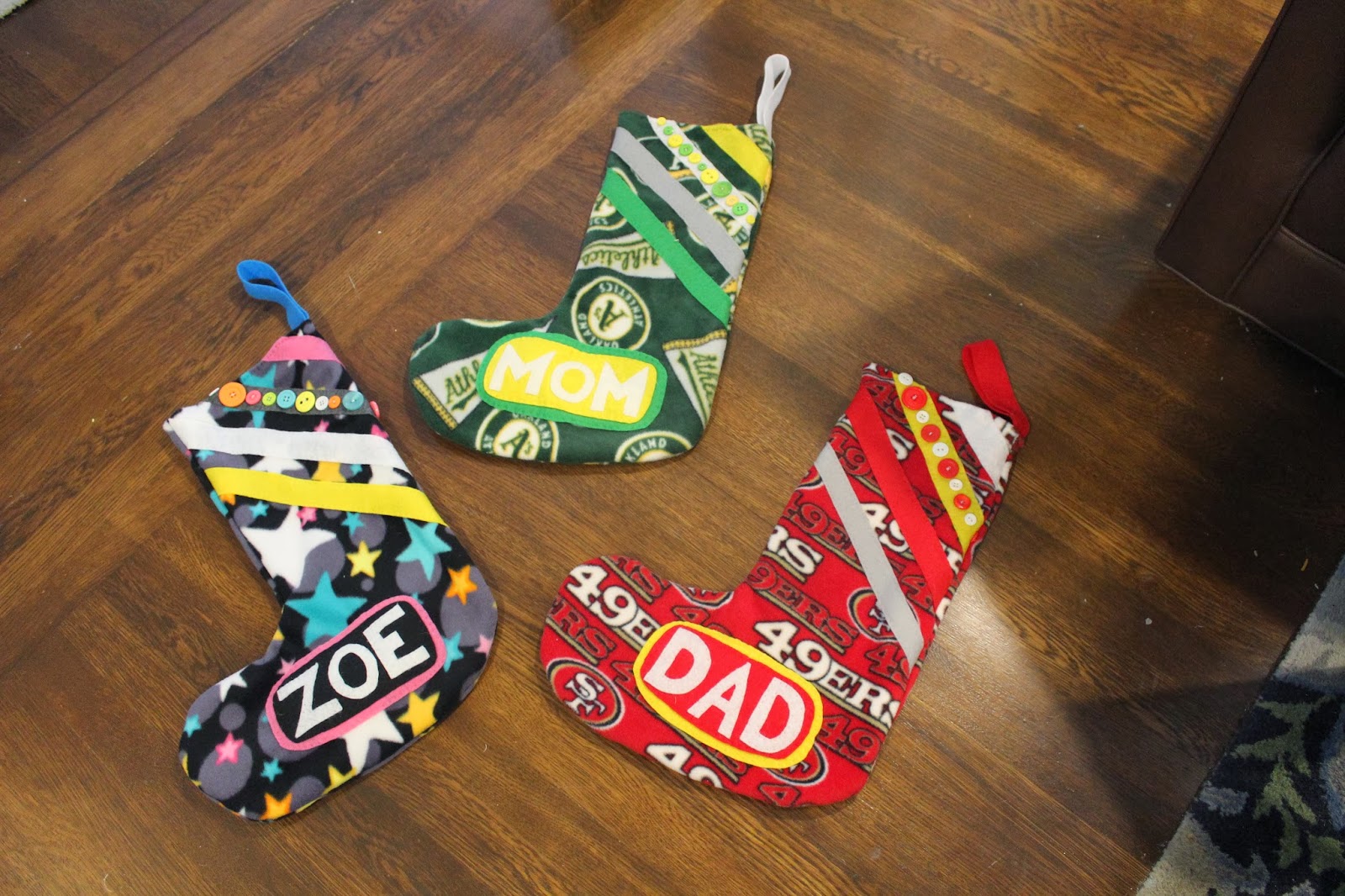 And I motherfucking love them! Seriously, I love them so much! I’m so happy I took the time to scrap the first design when I wasn’t liking it because I love these so much. I feel like they’re a great representation of our fun personalities, and I love that they’re Christmas stockings without actually resembling much of Christmas at all (because that’s how I like to roll).

Zoe’s is bright, fun and cheerful 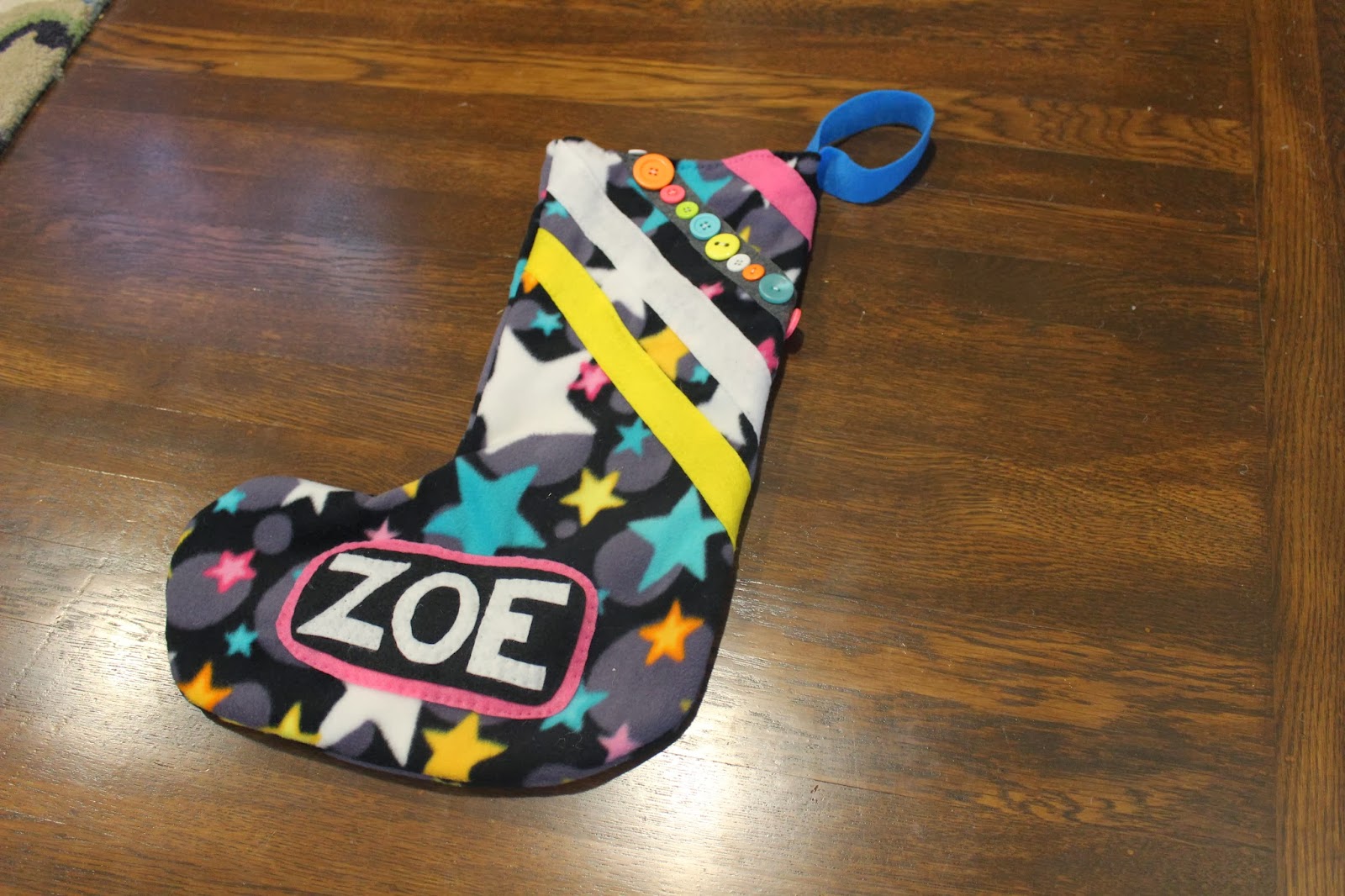 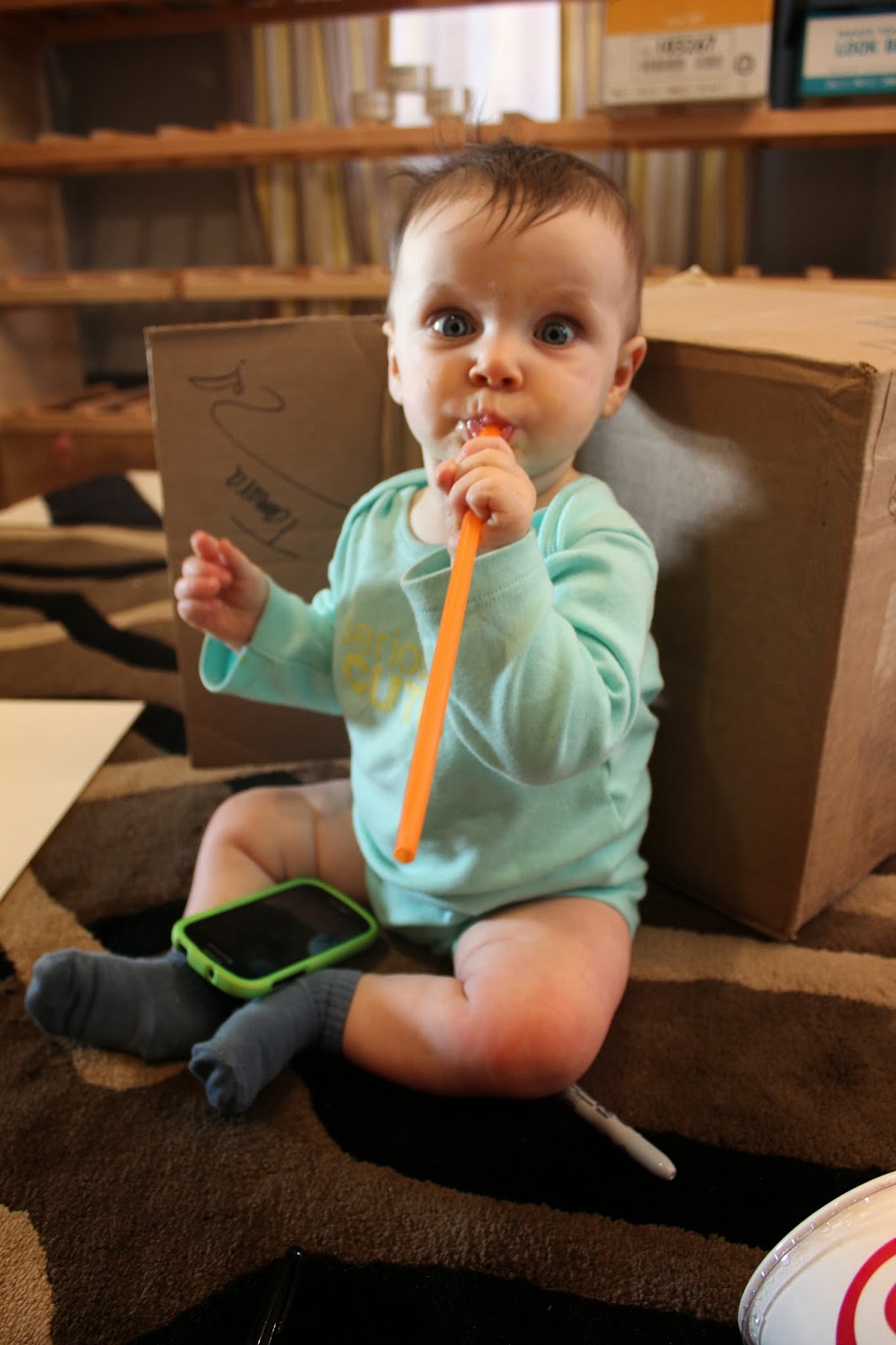 Chris’ is a 49ers one (I would like to say how happy I was they lost on Sunday because I hate Harbaugh and Kaepernick. Much to the dismay of several family members. It actually ended the best way it could have with Kaep totally choking on the biggest fucking pill). But I digress, here’s his stocking 🙂 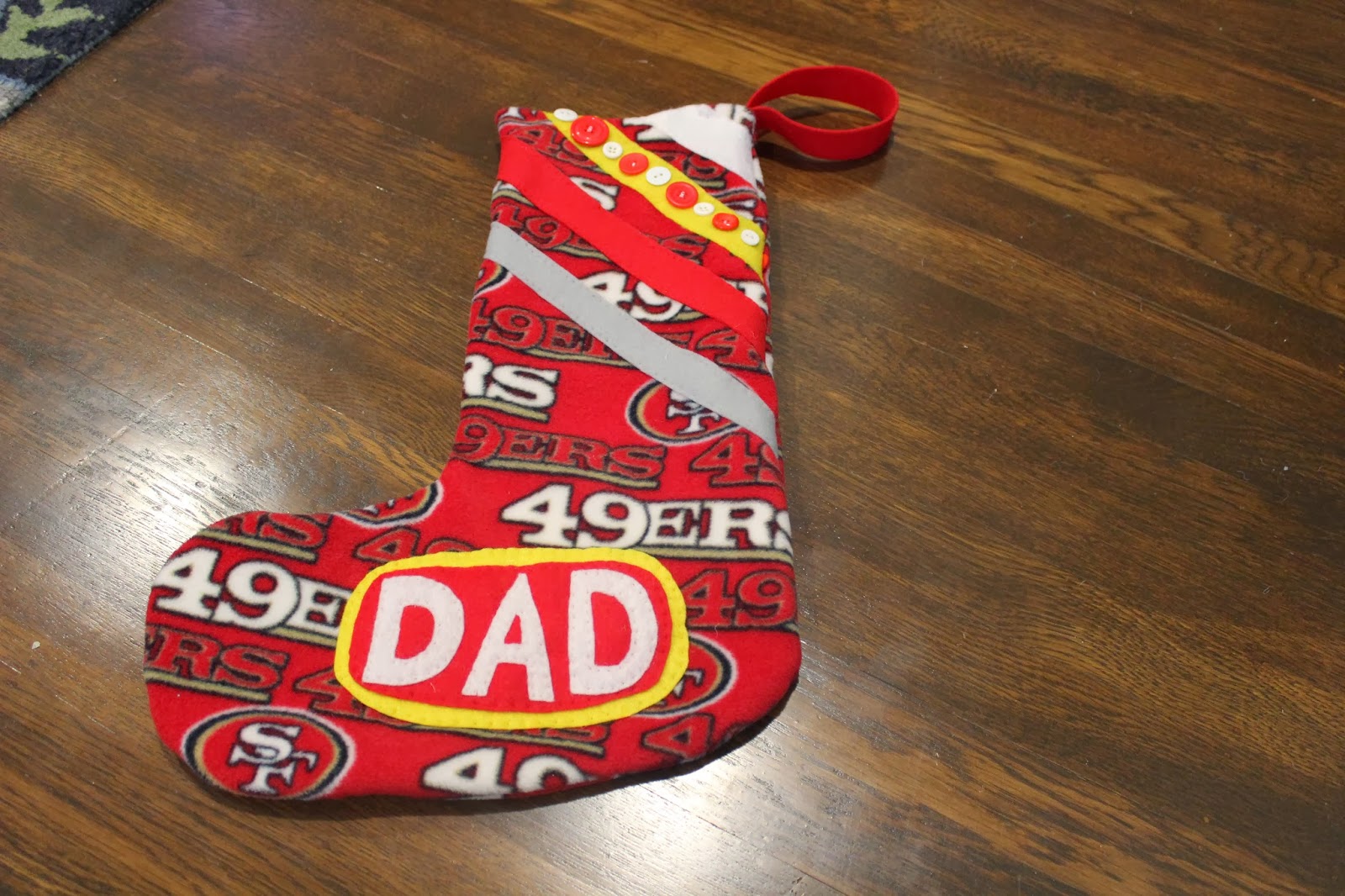 And mine features the best baseball team there is 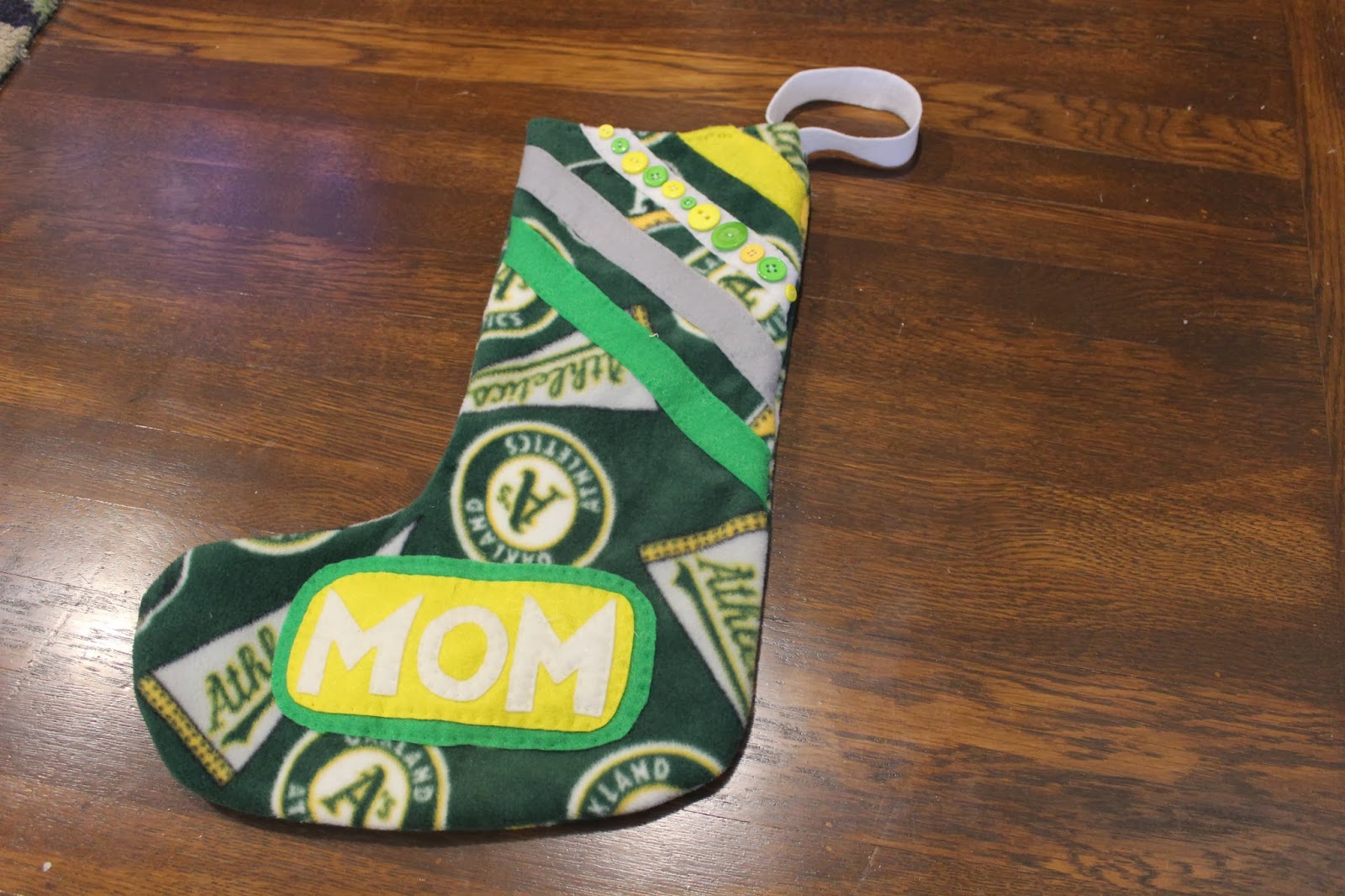 I love them! I’m sad to have not completed them in time for Christmas, but I am excited that next year I am going to be thrilled when I hang them up. I can’t wait to have them each and every year 🙂