Remodeling a house is a little bit like being a manic depressant. After the not so good weekend when found all the rot, I can honestly say I wasn’t really looking forward to the work we needed to do to repair it. But, suprisingly we got A LOT done yesterday, and Chris and I were pretty satisfied with how things went. 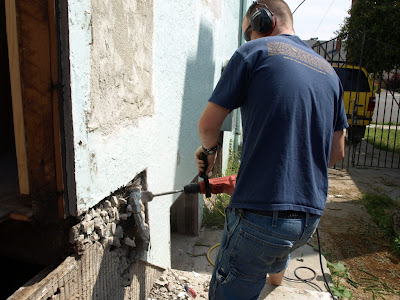 Chris got things started and then handed it over to me. I’ve never used one before and was a little nervous (it looks really hard). But I got the hang of it and actually really enjoyed doing it (although it is a lot of hard work, my back is super sore today) 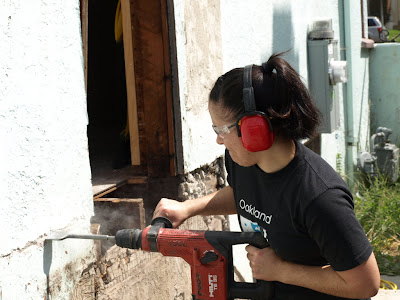 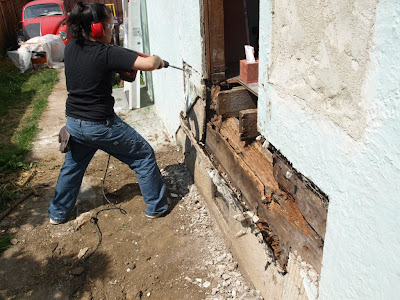 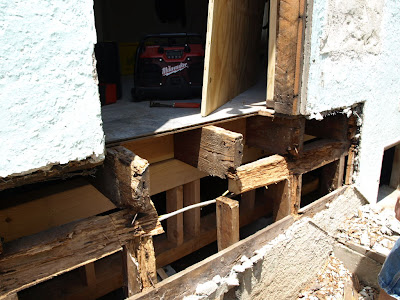 Next, we worked on building a support wall under the house so we could cut away the rot 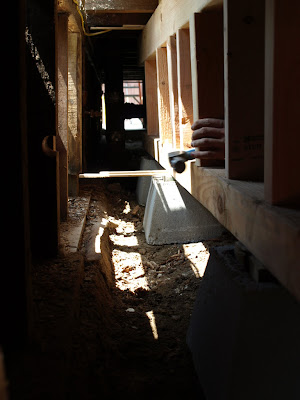 When we started cutting away the rot it was a little scary, but luckily Chris built an excellent supporting wall, so our house didn’t fall down 🙂 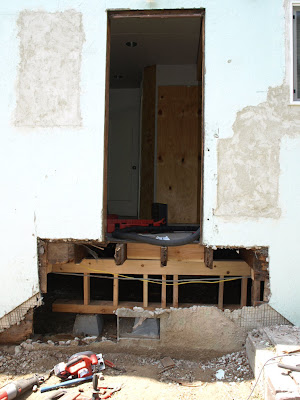 For the rest of the day we worked on replacing the mudsill, supports, and cripple wall. It was a long day. We started around 9:45 and finished at about 9pm, but Chris had to leave for an hour and half or so around dinner time to help a co-worker move her couch. We didn’t QUITE finish, but we’re almost there! 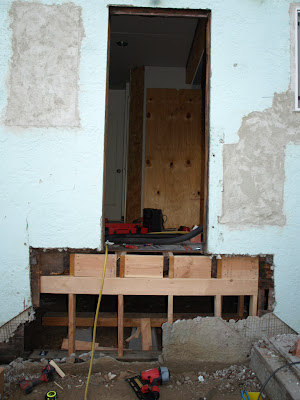 The wall is now MUCH stronger now than before, so we feel pretty good about our work. At the end of the night we put the plywood door back in place and covered it up with plastic to protect it from the (expected) rain. It didn’t rain last night, so that’s good. 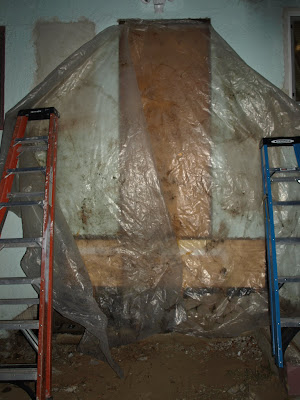 It’s supposed to rain today, but I really hope it doesn’t. Hopefully today we can finish the wall, prep it, and put the first layer of stucco on it. We have to wait a few days between stucco layers, so it would be really nice if we were able to get one on today. After that, it’s two more layers, putting in the door, and rebuilding the landing and stairs. I HOPE HOPE HOPE to be done with it by next weekend.

« Another Plywood Door…..
A little treat »