About 2 months ago I shared my hunt for the perfect address label. It was hard. And expensive. Well, not actually EXPENSIVE, but I have a hard time paying $20+ for a small number that is about 5″ tall. And because our address has 5 numbers, that would clock in at over $100. That just seems ridiculous to me. In all of my hunting I found this and thought it was awesome

I was super excited about the idea and finally found time about a week ago to get started. The awesome part about this idea is that I could go with any style of lettering I wanted. Because of the style of our house’s construction (Chris’s mom and I were talking last weekend and we defined is as a “Mission inspired, mid-century modern-ish California ranch,”) I wanted to go with something both clean and stylized. Here are the fonts I liked 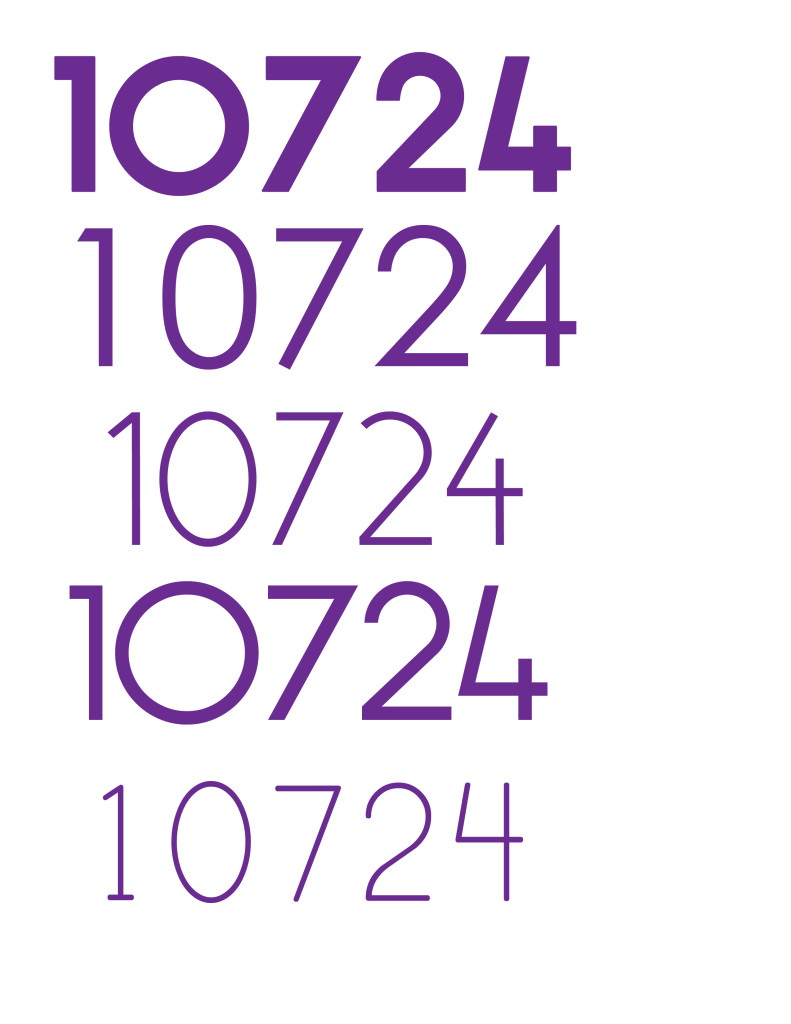 There were elements of each one that I liked, but all together my favorite was the second one down. What sold me was the shape of the “0” and the curve of the “2.” I also liked that the “4” was more solid.

With the font figured out I decided to make the size of each letter 5″. I printed out all the letters with Merritt’s help… 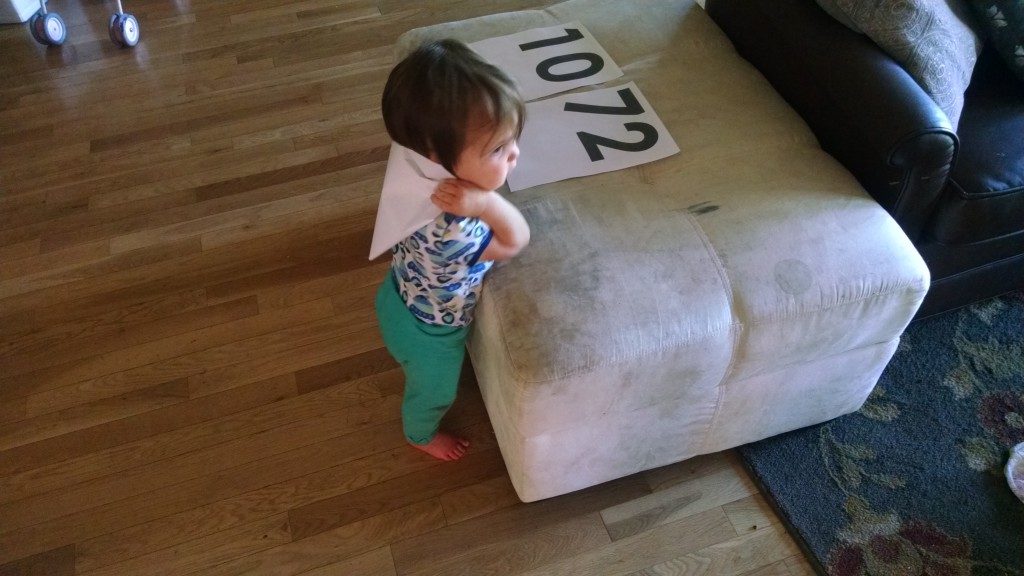 …and got to work placing them on the outside of the house. I knew I wouldn’t like them lined right up against the eaves, but I started there to give me an idea of how much further down I wanted to move them

You might be getting slightly excited about those doors – but they’re still the old ones with all the gaps in the stiles. Hopefully we get the new ones sooooooon (at which point they’ll take back the old ones which have now been safely stored in our garage). But back to the address label… 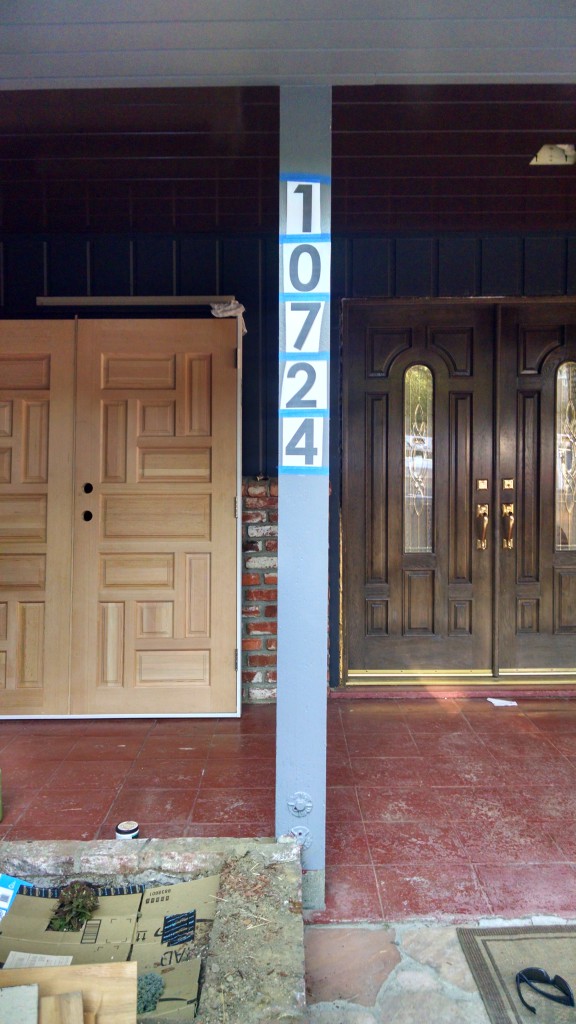 After I got the placement down I selected my nails. We thought nails would be easier to work with than screws and I selected ring shank stainless steel nails (so they wouldn’t rust and drip all down the post and so they held into the post well after being nailed in). Once the nails were chosen, I got to work 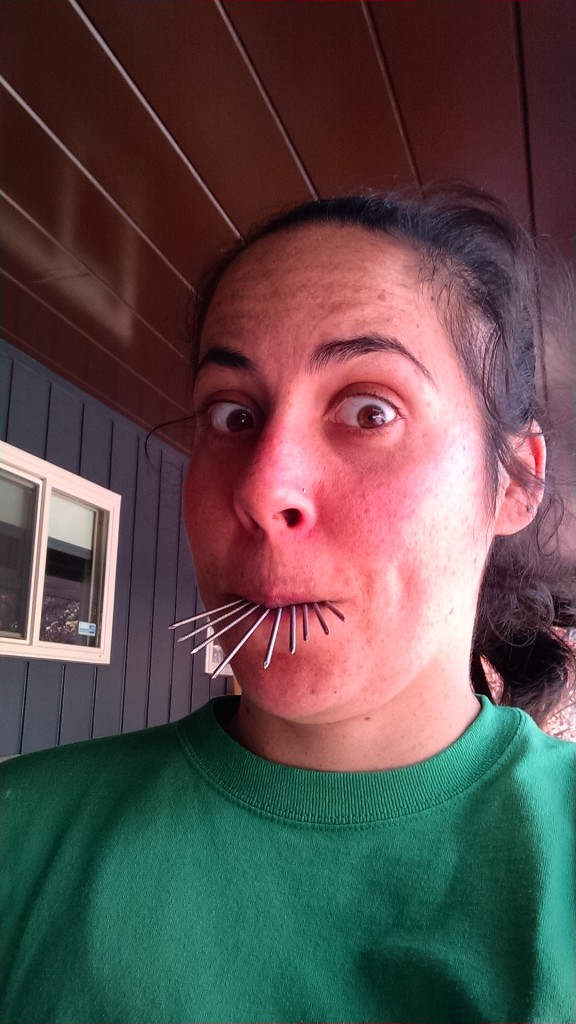 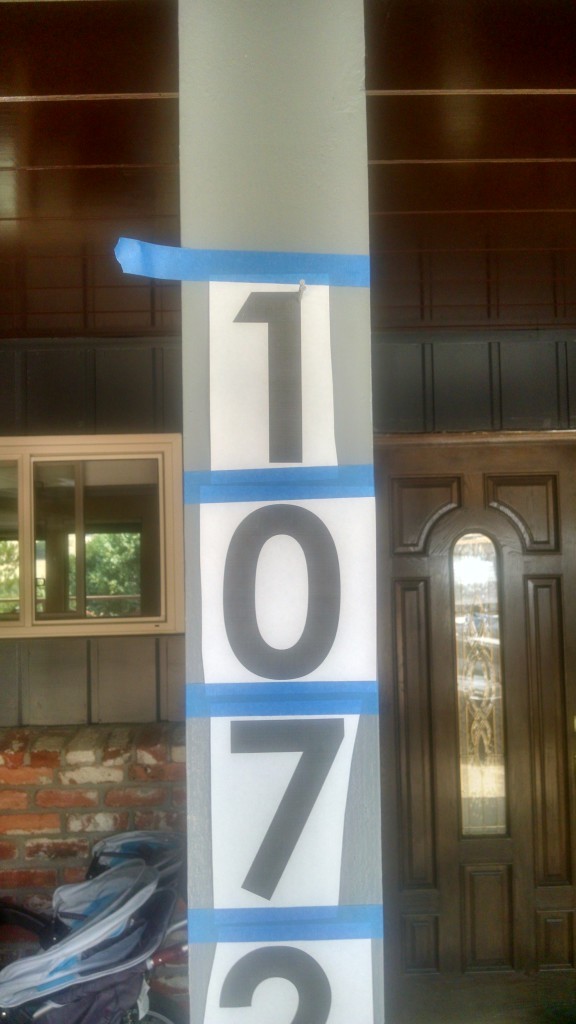 My goal was to keep things grid like, organized and neat with as equal spacing as I could manage 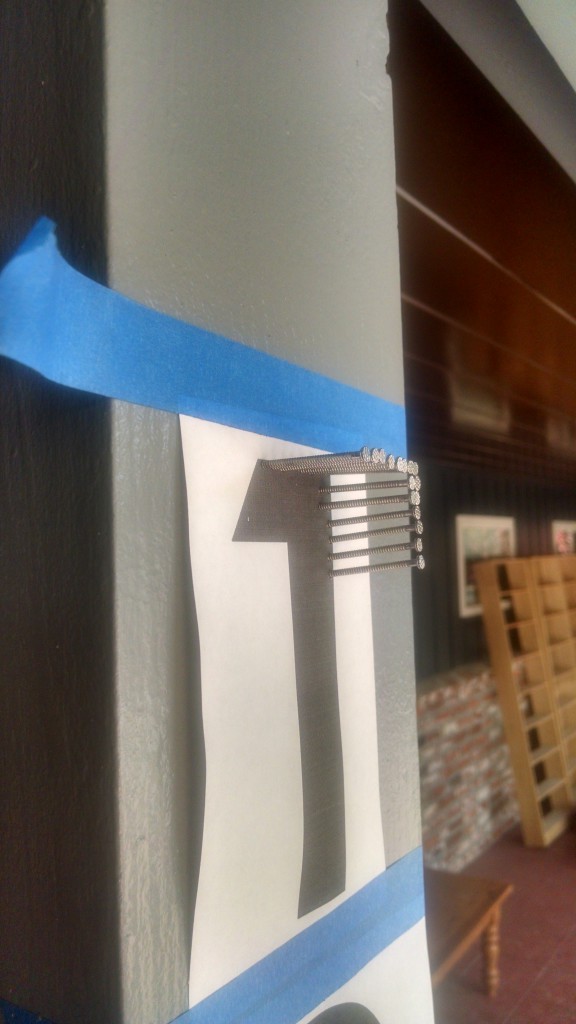 I’m not going to lie, it was actually kind of fun for my brain to do this. I used to draw graphic patterns on shoes with a Sharpie and things like this are a great mind relaxer for me. So I just tap tap tapped away. After about 2 rounds – one of 25 minutes and the other of about 40 I got through the “1” and 1/3 or so through the “0.” How did they look!? Awful 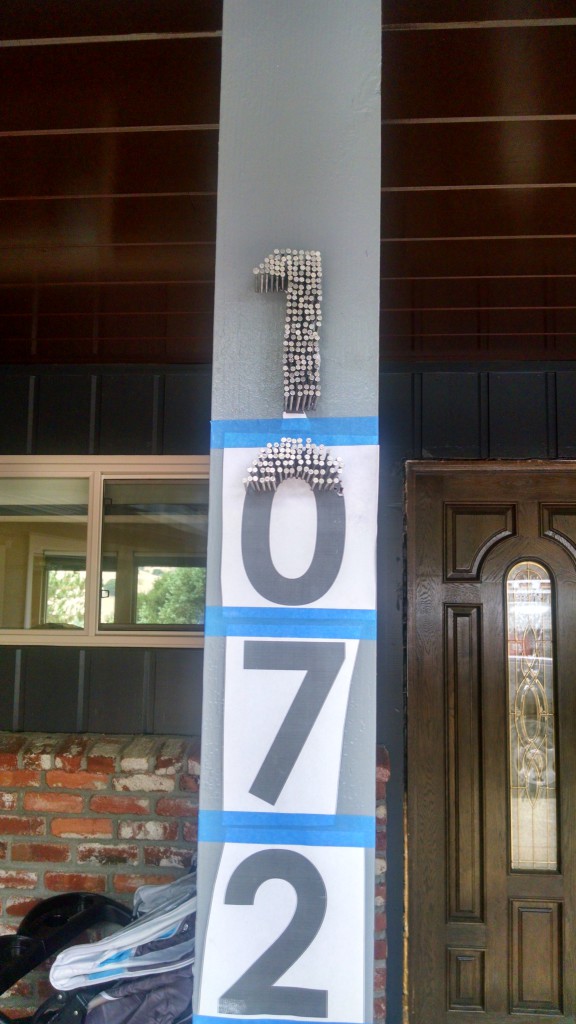 Chris thought so too. Neither of us were a fan. It wasn’t 100% perfect – which nothing ever really is. But it was also pretty far from 100%, and when it’s a fine lined grid like that, something that’s about 70% looks like shit. And that’s how we both felt. Here’s what we didn’t like about it:

So what did we do? 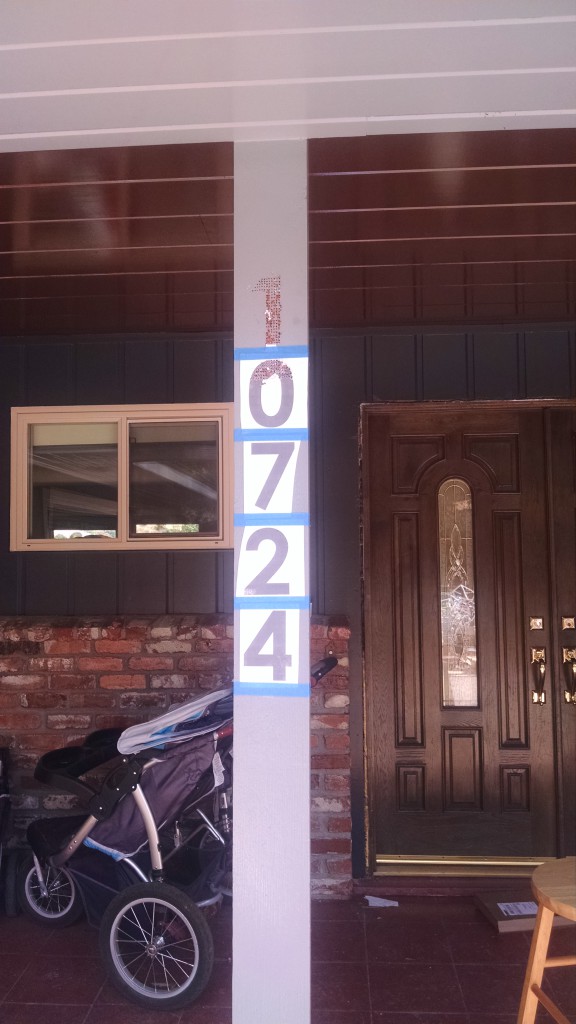 I ripped it all out 🙂 In the end it wasted probably 90 minutes all together and only a $10 box of nails. So it wasn’t a huge investment, and better to learn now. But, we also realized we were back to square 1. THEN I remembered what we were thinking about doing for our address label up by the street when we put a new one and a new mailbox up there We really liked this idea, but would come across the same adventure with the address numbers, so we had actually brainstormed that we would like to have the letters punched out of the metal. And we thought it would be cool to carry on the same idea on our porch! We won’t have the succulent planter included – we liked that the address label up by the street would tie in with our succulent garden down by the house, but didn’t feel the need to outright duplicate the same thing in two places. Instead, the one on the porch will just be the metal frame with the letters punched out, mounted on our post. We like the idea of using a metal that will rust or patina, however, so it doesn’t damage the porch we will treat it so it rusts faster, than seal it with a varnish, then mount it. What do you think!? I’m rather liking this idea that our Pinterest fail spawned.