Another project for our bedroom is done! I finished the paintings that will go on this wall 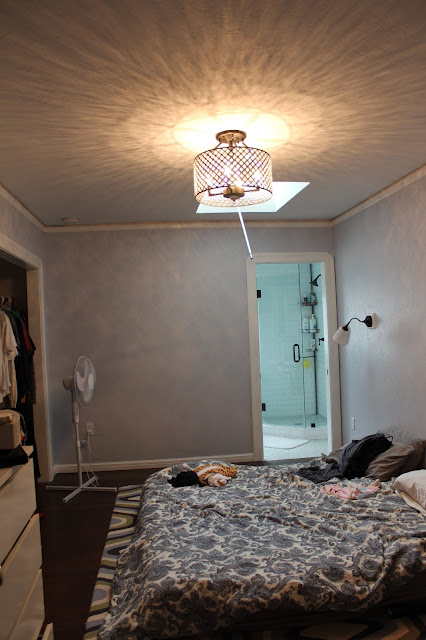 I really liked the idea of pixels and a gradient. But I wanted my artwork to come in multiples. Originally I was thinking a tryptic, but the wall was probably going to look WAY to crammed, so I decided that a diptych would fit the space a lot better.

While I LOVED my inspirational image, I wanted to modify it a little bit. I decided I would take the gradient idea a step further and break down the pixelation into 3 separate sections – 4×4 squares, 2×2 squares and 1×1 squares. To make things easier on myself I mapped it all out with a ruler 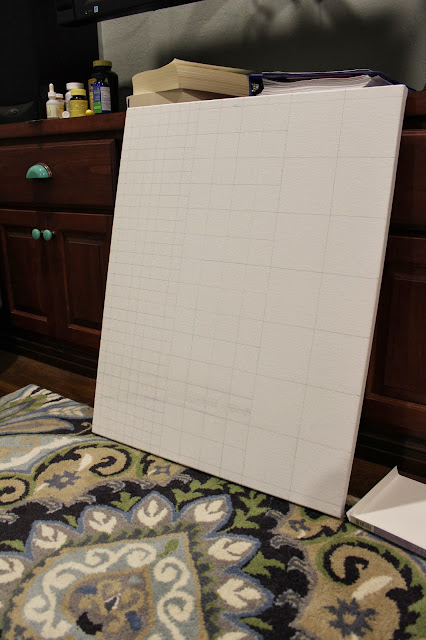 Then I got started. I used shades of gray, yellow, green, blue and turquoise… 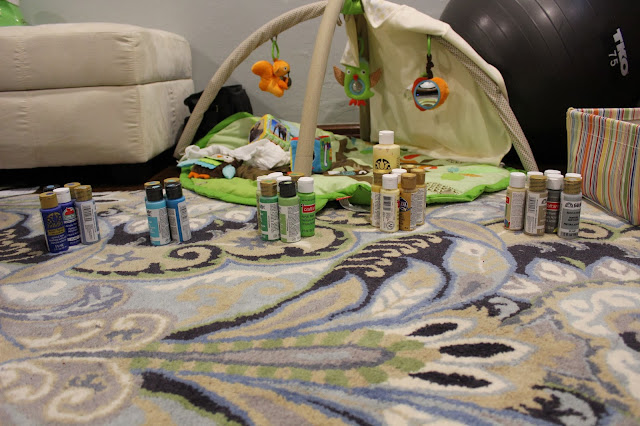 …and painted in strips of gradient pixels 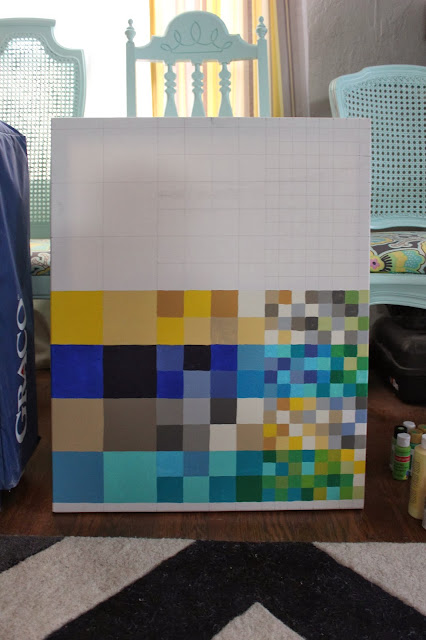 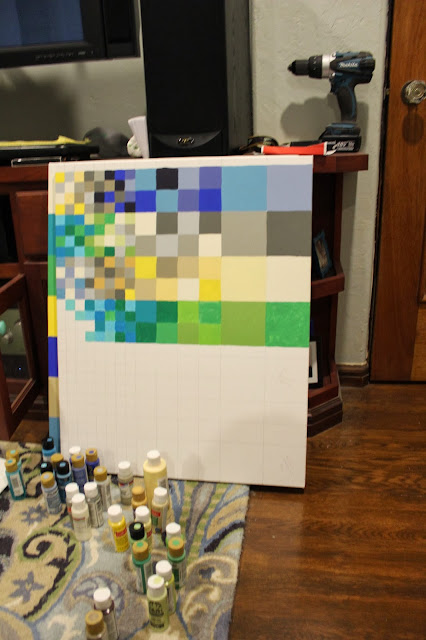 After way too long of painting I was finally done. That included painting a small border at the top and bottom (the canvas’ were 30″ tall, not a multiple of 4, so my larger 4″ squares didn’t fill the entire canvas), as well as painting the 4 wrapped sides of the canvas as well. I have to admit, I LOVE these paintings. Originally in my head I had imagined that the two paintings would hang next to each other with the 4″ squares on the outside with the 1″ squares on the inside 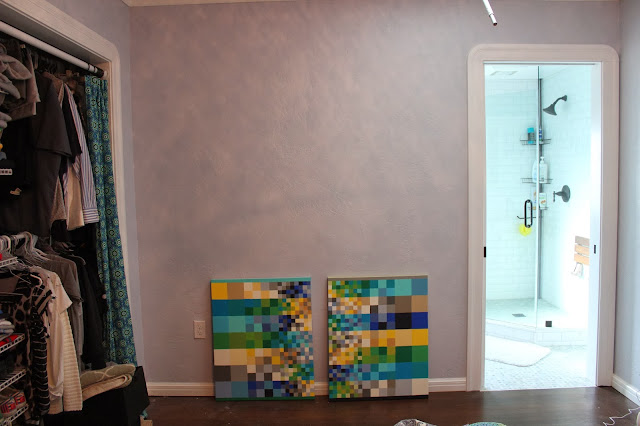 But I really didn’t really like that. It felt so…constrained. Or something. I feel like the painting has so much energy, and when the 1″ madness squares converge and collide with each other in the center, if feels so constrictive. Instead, I decided to have the 4″ squares on the inside and the 1″ squares on the outside.

Then of course it was time to hang them up. Normally we have to pre-drill when we hang things in our house because many of the walls are still lathe and plaster, but a previous owner redid our bedroom at some point (for instance, this wall the paintings are going on was actually a wall with a window that looked out on the back porch that used to exist), so having drywall made things easy. I just measured out for spacing that suited my fancy, punched in a small nail for each painting and slapped them on the wall 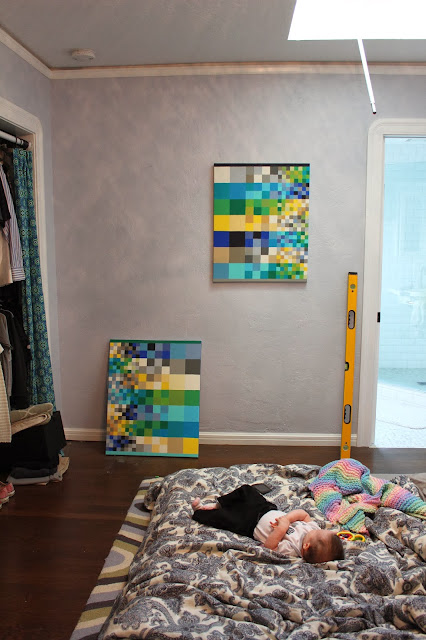 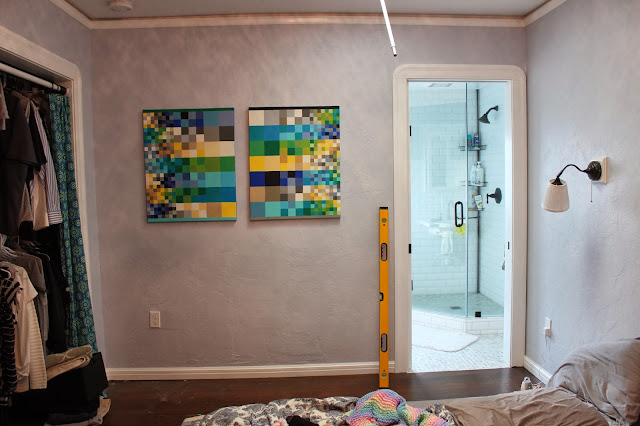 I think they looks so fucking awesome, and I’m so happy I switched the order and have the 1″ squares on the outside. The paintings feel so much more alive (as cheesy as that sounds) 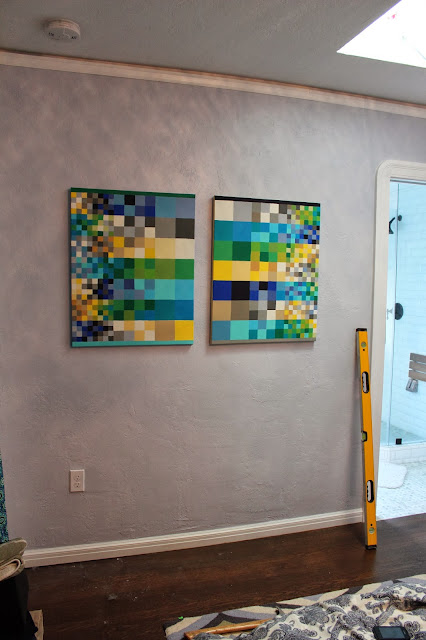 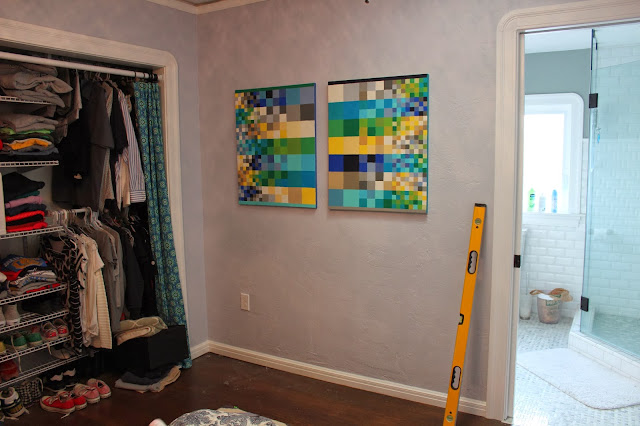 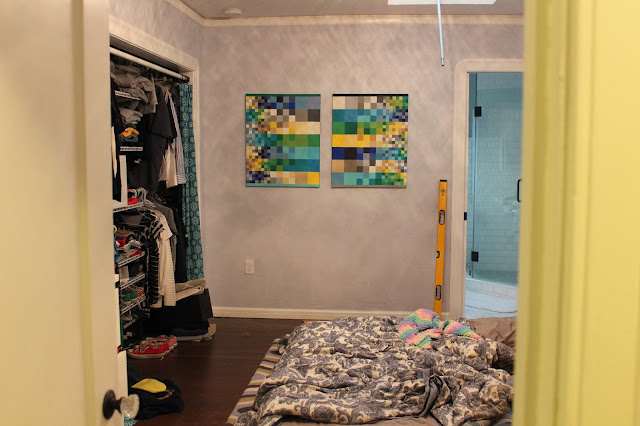 Now we just need to get back to building that bed.