There’s this really awesome gazebo in our front yard 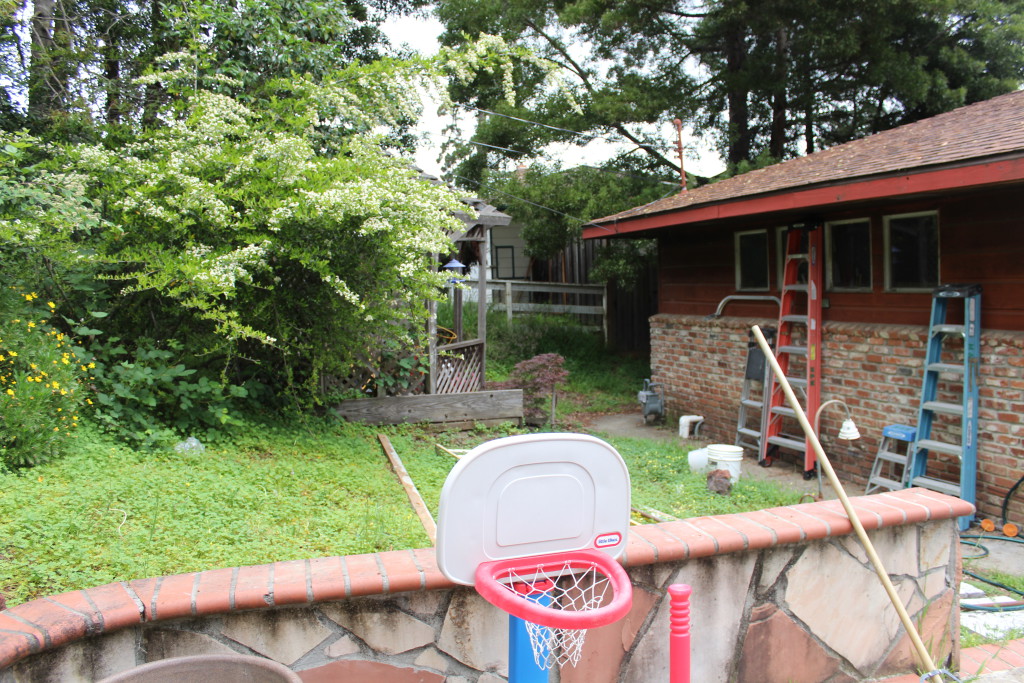 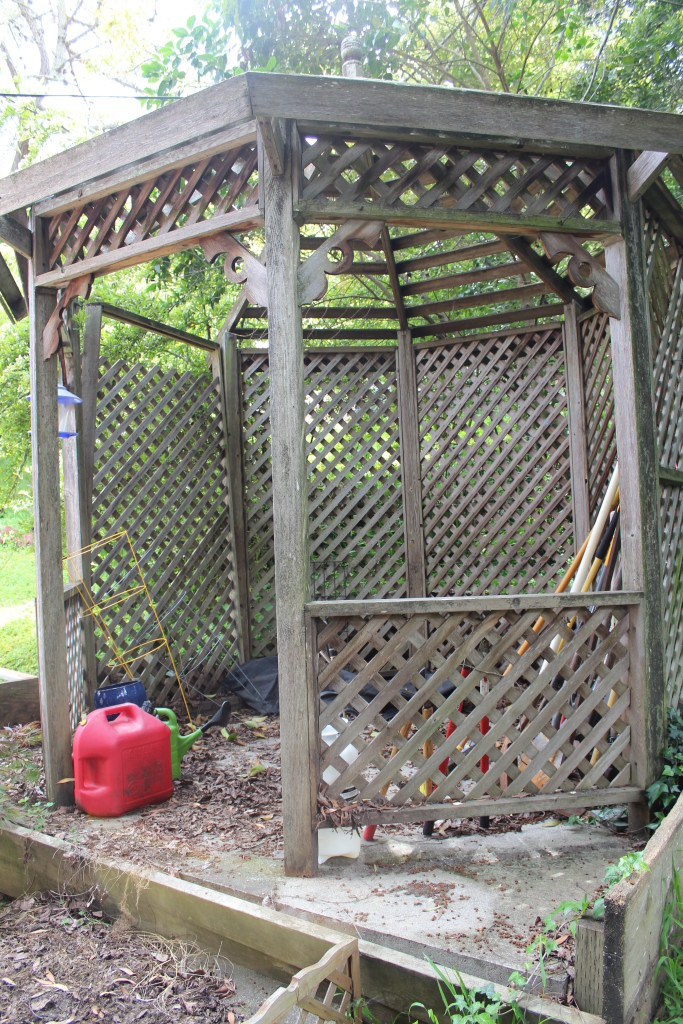 Totally awesome, in this case, means super shitty. You can’t tell 100% from the picture, but it’s a total piece of shit. Like, I’ll huff and I’ll puff and I could totally blow that house down.

My step dad CBH LOVES to tear things down, so after he and Celia dug the post holes for the future playhouse in the scorching sun, I asked him, “Wanna rip the gazebo down?” To which he gleefully replied “YES!” (in as much a way as CBH is gleeful : )). Chris’s mom was over at the house by this time in the afternoon, so she, CBH and I removed all the landscaping equipment from underneath the gazebo (there was about twice as much as what is in the above picture by this time). Once it was all cleared out we got Chris to remove some of the top of the gazebo so it cleared the cable lines 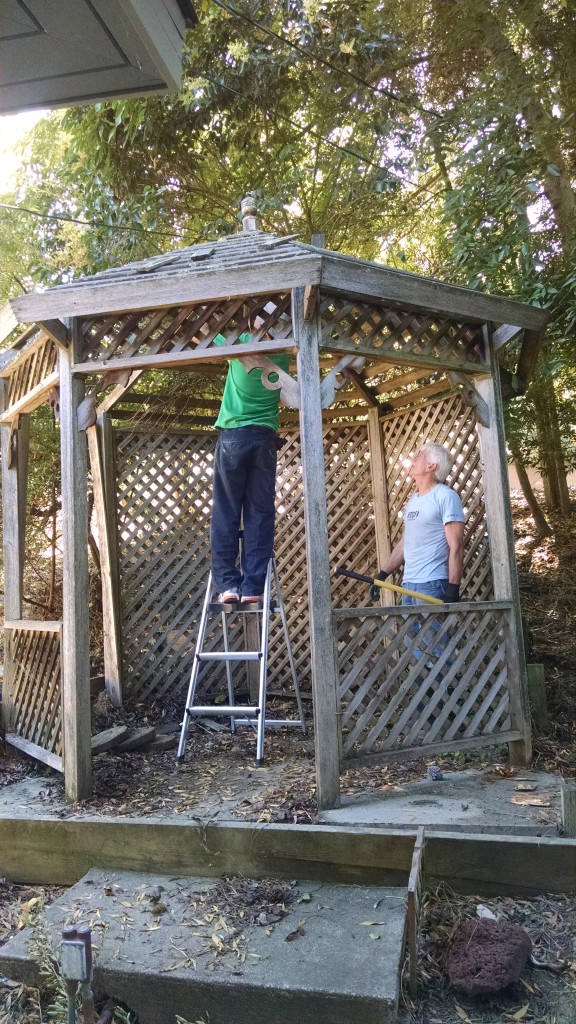 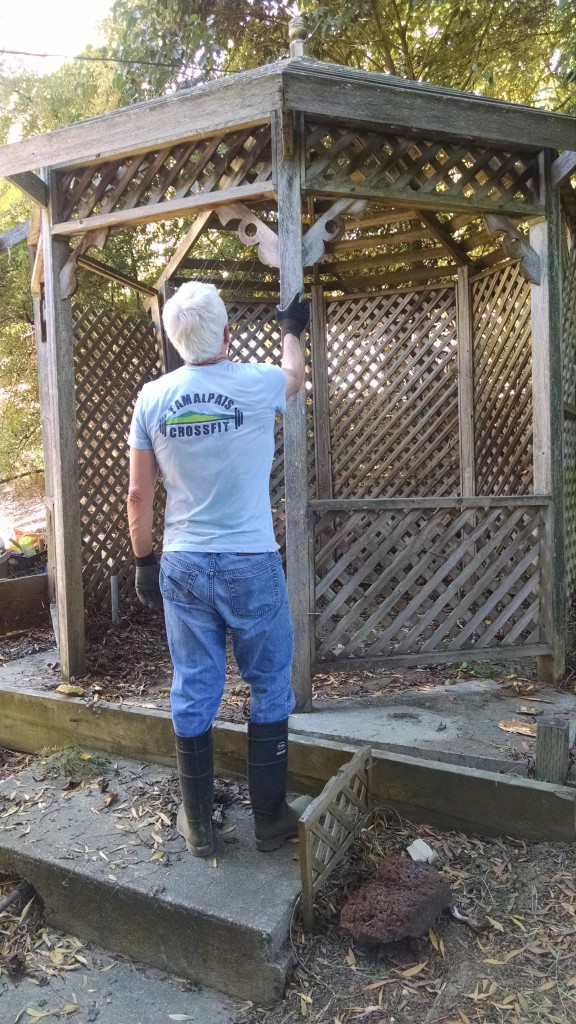 Can’t you even just sense his pondering?

It honestly took him about 15 minutes to get the whole thing ripped down and in a nice rubble pile. It was put together with FINISH nails (the horror) so we could literally just push on certain sections and it came tumbling down 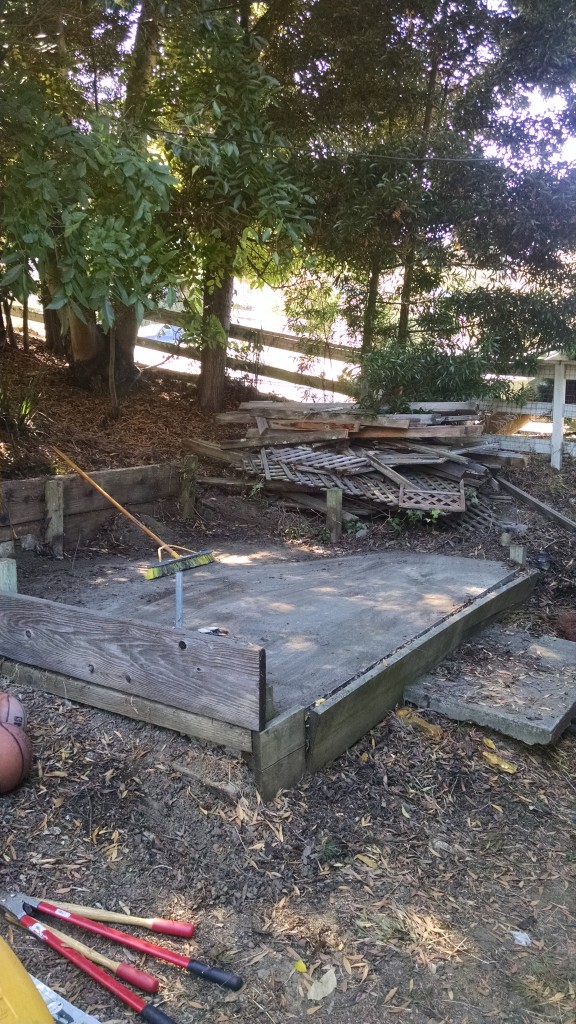 We’d like to reuse the same concrete pad for a future landscape shed we’ll be building. We had a small metal shed at the old house, but this one will be about double the size. Which is pretty awesome because the last shed was super cramped. And then cool thing about getting to build it ourselves is we can customize it a little bit. It will probably be very simple construction like the playhouse because it only needs to serve as storage, but it will still be fun to make it our own a bit.

And speaking of the playhouse, we’d like this shed and the playhouse to sort of match in paint to the house. We thought about painting the entire thing, but let’s be honest, that’s slightly time consuming, and we’re trying to get a lot of projects done over here. I designed the playhouse, but Chris had the task of choosing the materials for it. So far we have this bookmarked 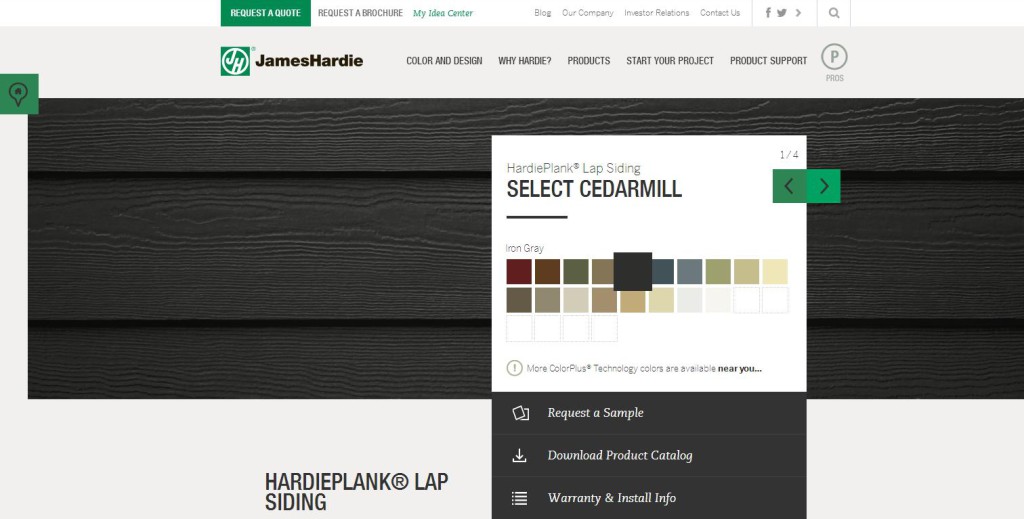 The “Iron Gray” is a fairly close match to our house body color Cavernous, so that will save us a lot of time because installation will check off painting it as well. Neither this or the playhouse was on our 2016 House Goals list, so naturally that’s why we’re deciding to do them now. Including maybe the front yard landscaping…

« Planning for a Playhouse
These Orders are Killing Me »