If you’ve been following us for a while, you know we accumulate a lot of trash 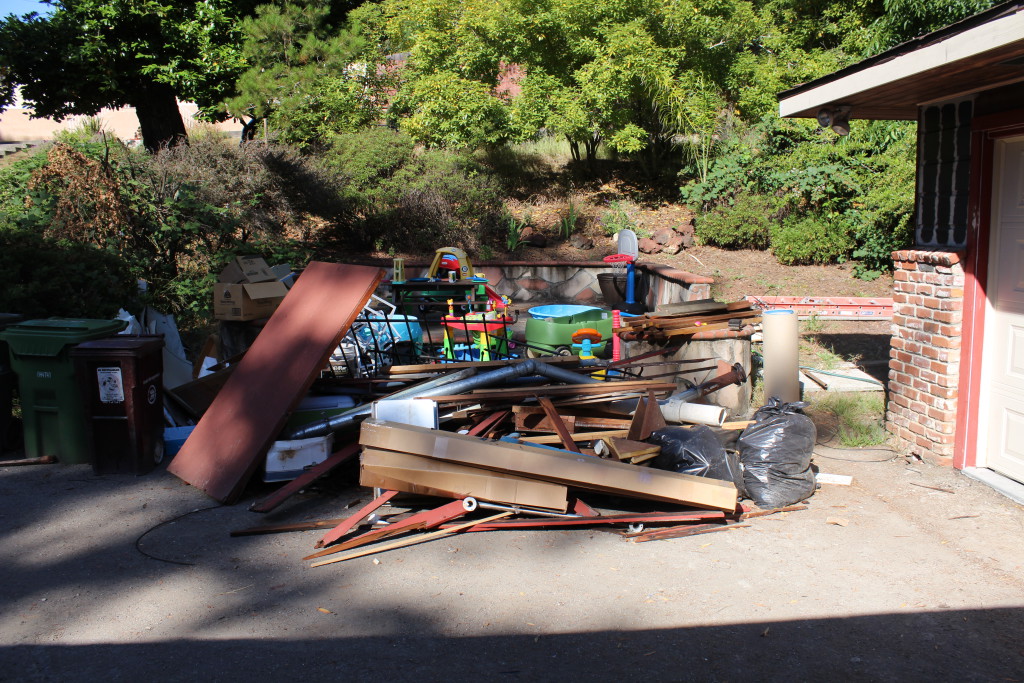 Like, all the time. All the trash. All the time. Constantly renovating your own house and constantly working on other people’s houses means that there is ALWAYS trash. And because when Chris put together his plan to organize his truck, we don’t actually have a full bed to haul stuff to the dump. We’ve got about half a bed 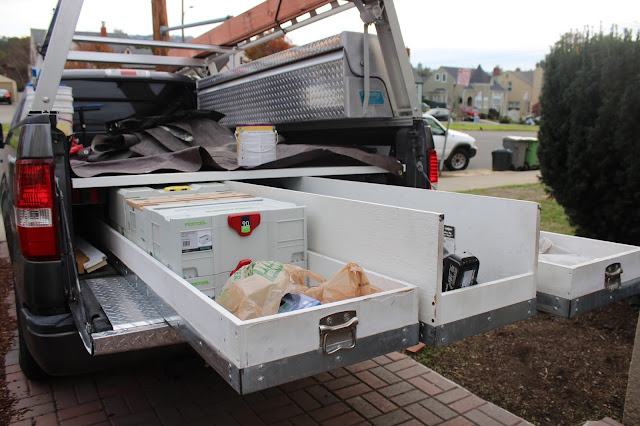 And a lot of times the people at the dump still charge us for a full load, even though tell and show that we’ve only got half a load. So we get charged for double what we actually have, and we can’t actually fit very much. Which means the garbage never really actually goes away. The pile just gets smaller. But not too small. Always big enough to still make us feel like hoarders.

We decided it was finally time to get a trailer. At the new house Chris and I both park our cars in the driveway. This leaves the street in front of our house wide open for space for a trailer. And luckily in our neighborhood there are a lot of people storing trailers, RVs, boats, etc., so it’s not a totally strange thing to have. Chris found a fairly large place a few towns away that had a very large selection of trailers. He settled on one that was smaller (5 x 8 – in hindsight he wishes he’d gotten one a bit bigger), and had a hydraulic lift so that when we take it to the dump you just press a button that says “up” and all that shit pours out for you, awesome.

We actually got the trailer a couple months ago and I just haven’t blogged about it yet, because, well, I’m lame. The day we got it, it rolled down the driveway to take a load o shit to the dump – right to work! It’s definitely taken some getting used to to maneuver it because it’s a large load attached to the back of our already large truck. But it’s handy as shit 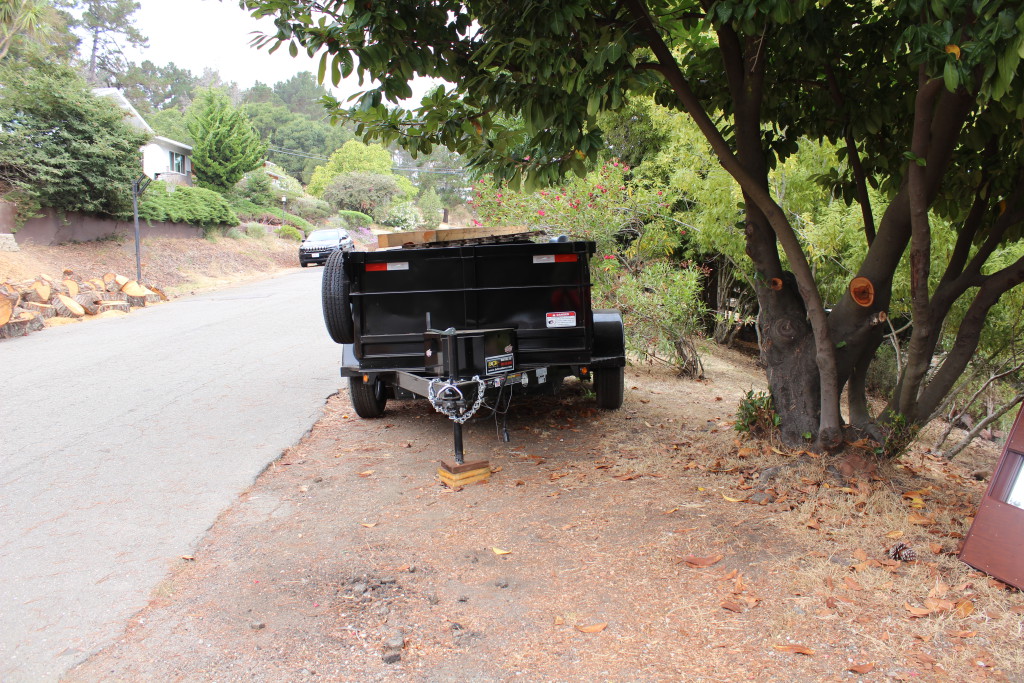 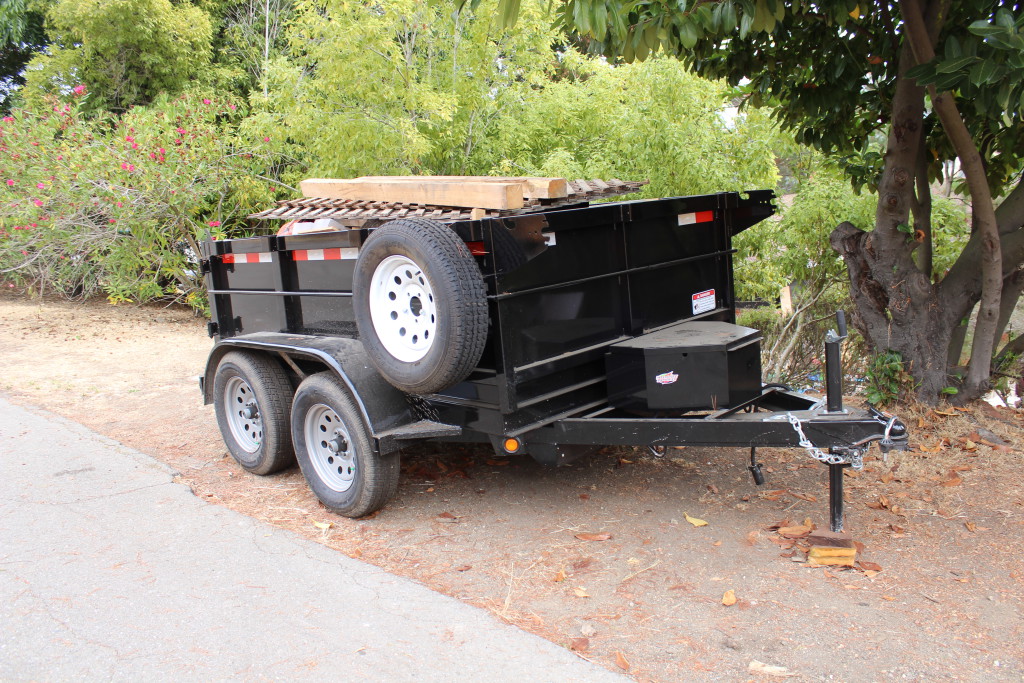 So Chris bought redwood 2×4’s and 2×6’s to extend the walls of the trailer higher up so we could load more. He decided to get redwood because it’s obviously a great outdoor building material that can weather a storm, but redwood lumber these days isn’t what it used to be, do he also elected to seal with a solid stain to make it last longer 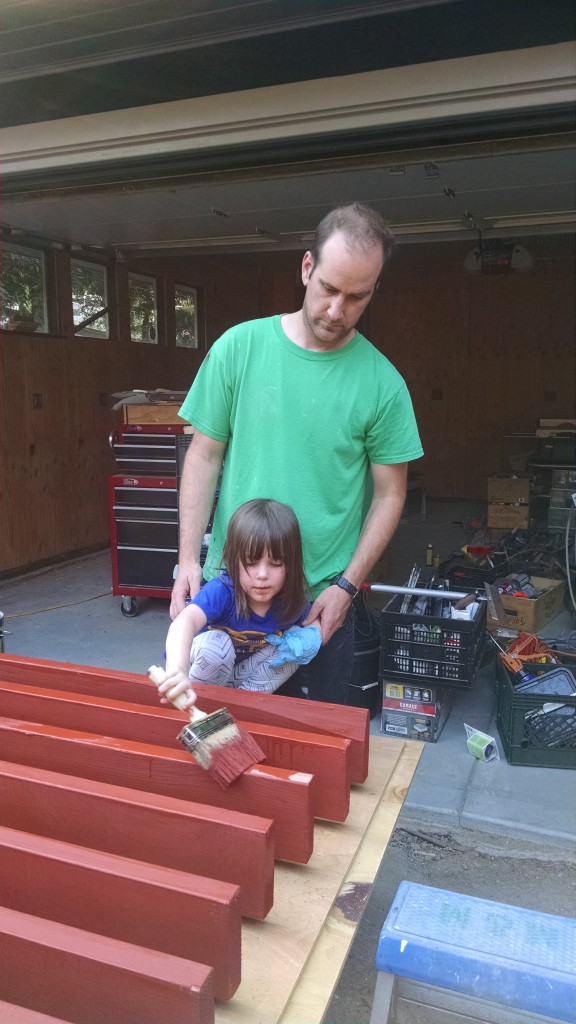 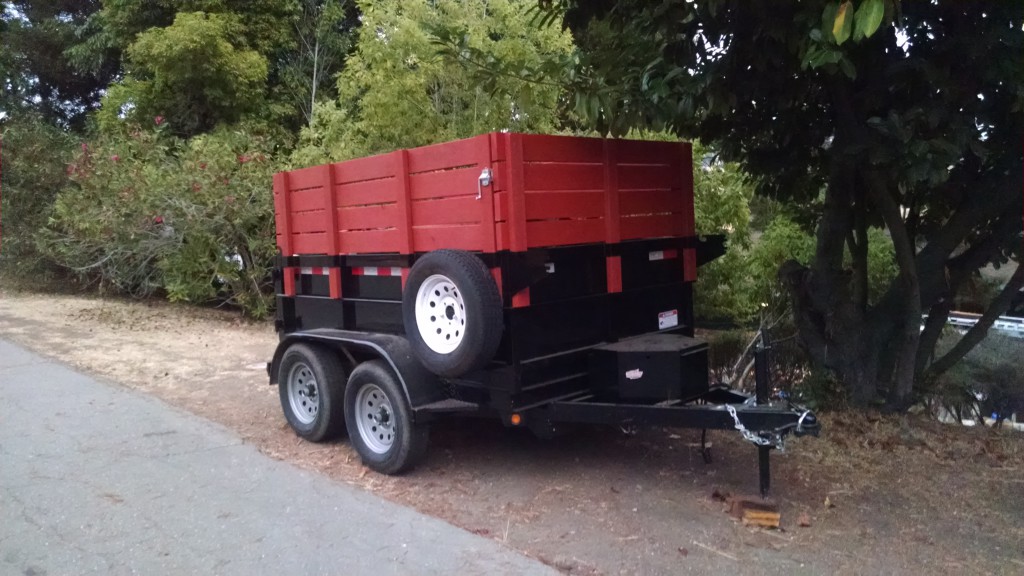 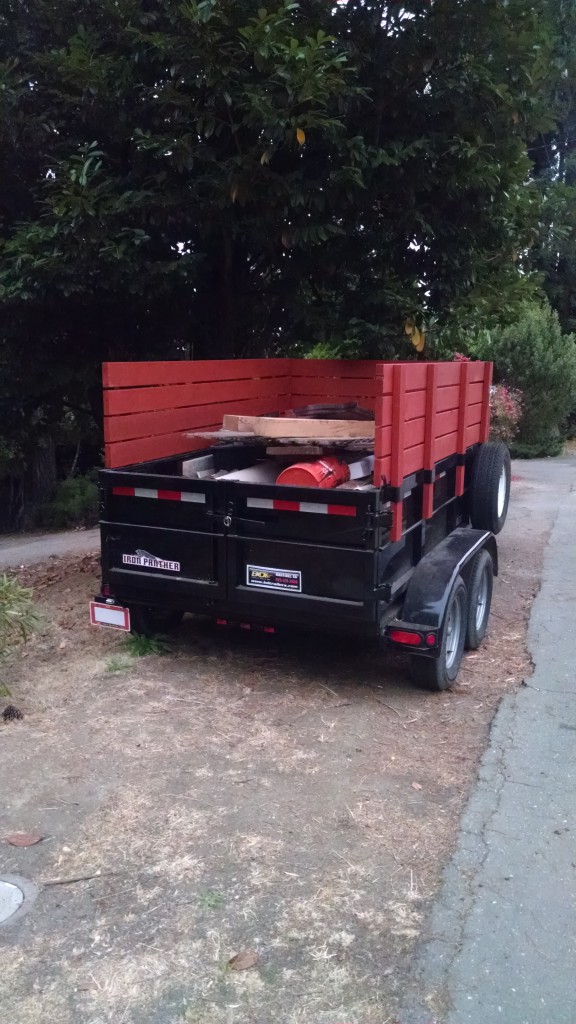 And with it up on the street it makes it easy for Chris to unload trash from his truck into the trailer before he backs up into the driveway. It also makes it easier to hitch it to the truck when it’s time to take a load.

I’m SUPER happy we splurged and got this. It’s incredibly useful for us – saves MANY trips to the dump and will over time save us money because we’ll actually be paying for a legitimate full load. Hooray for less trash!!! 🙂

« Shades for our Giant Windows
Our Address Label – My Pinterest FAIL »